The philosopher Socrates said “some live to eat and some eat to live.” I admit that I am part of the first group, but if you stick to Greek cuisine, the damage is small because, when God shared gifts, he wasn’t stingy in Greece.

The sun and the sea, the mountains but also the pastures, all this influenced the bounty of sea and land to always be fresh, tasty, natural, so it would be a sin to spoil them with some complications. What to add to figs, grapes, honey, olives, fresh octopus or silver sea bass? The Greeks definitely didn’t have to work hard on food. However, they left us some timeless recipes that are a shame not to try or at least look for them when you are in Greece.

Everyone has their favorites and here is my list of the 16 best Greek dishes you must try. 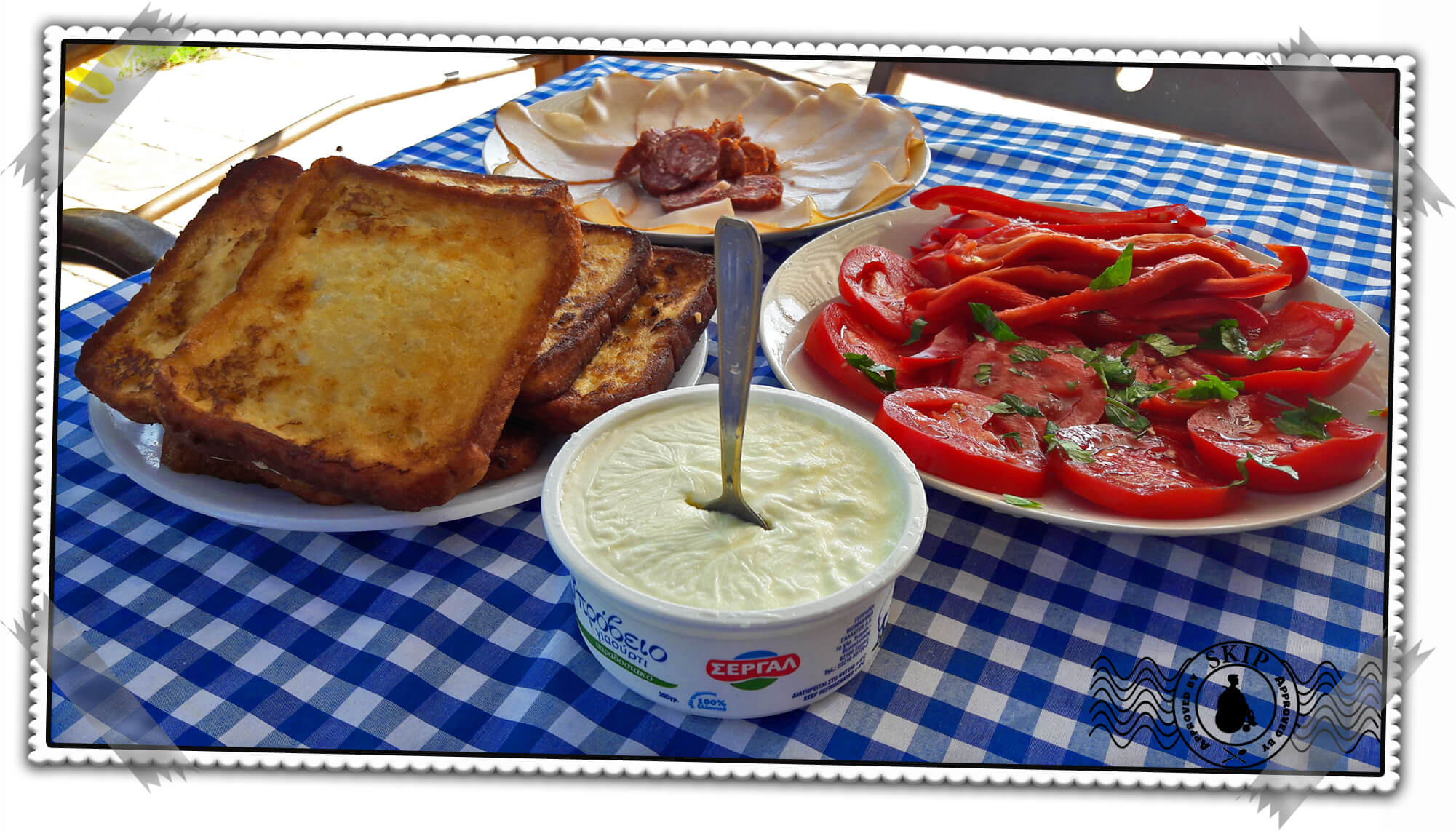 There is no breakfast without yogurt. This yogurt is so popular in Greece that it comes in many different flavors. One of them is even the taste of coffee. It goes with everything, as a salty or sweet appetizer. Greek Yogurt is so thick that when you stick a spoon, it stands upright, like in cream. 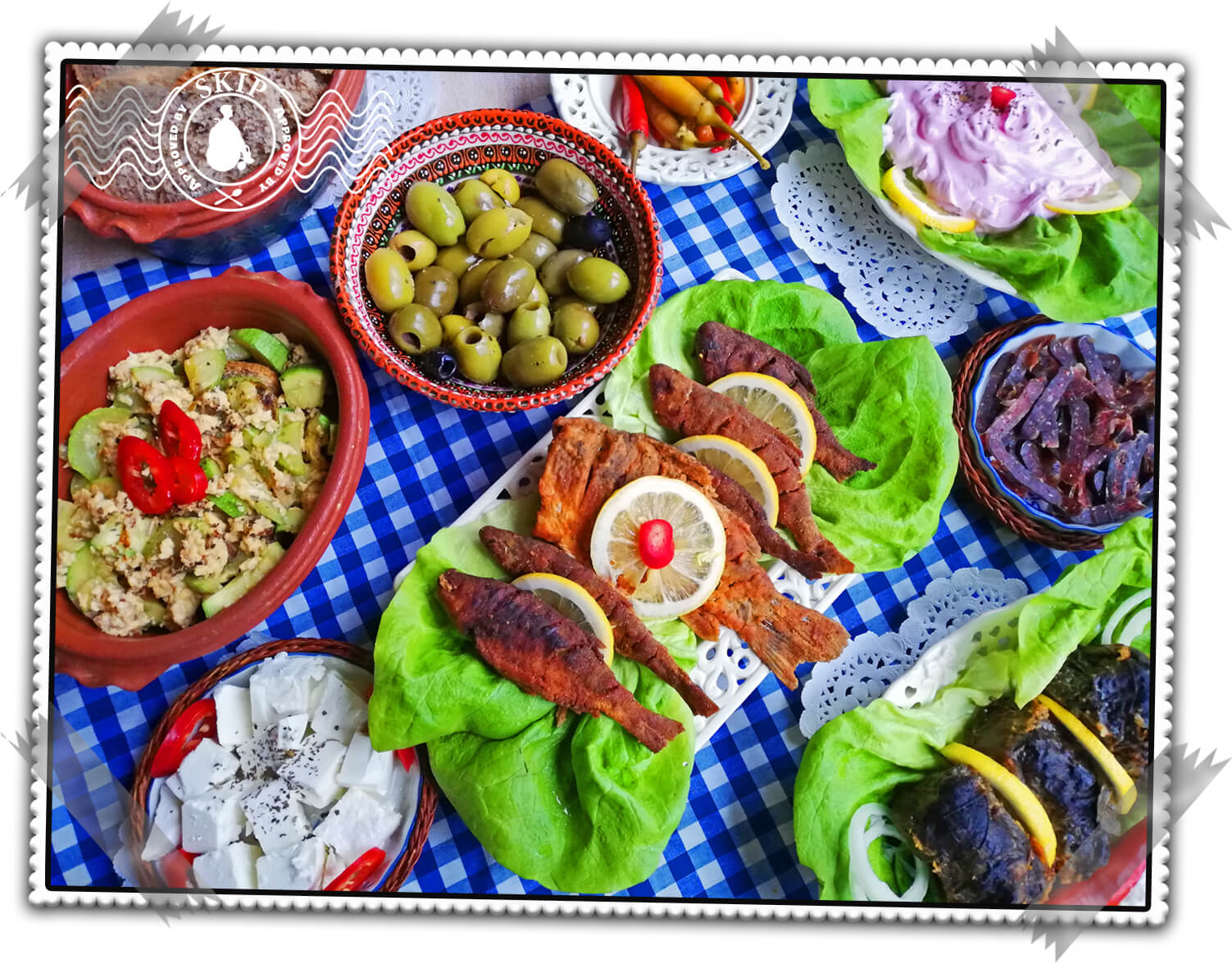 For the Greeks, food has always been something special. For them, it is an excuse for good company with a drink. What connects these two things is His Majesty the Meze. Meze, which otherwise means “small bites”, can last all day. The host brings a few bowls of something slowly and for a long time, like our ‘Leskovac train’. Of course, our and their appetizers are different because we don’t have the sea, but the intention is the same. That socializing lasts as long as possible. The ancient Greeks practiced “sipping with friends”, which is called a symposium in Greek.

If you thought that gyros is a Greek national dish, you would be wrong, it is fasolada gigantes, one of the best Greek dishes. 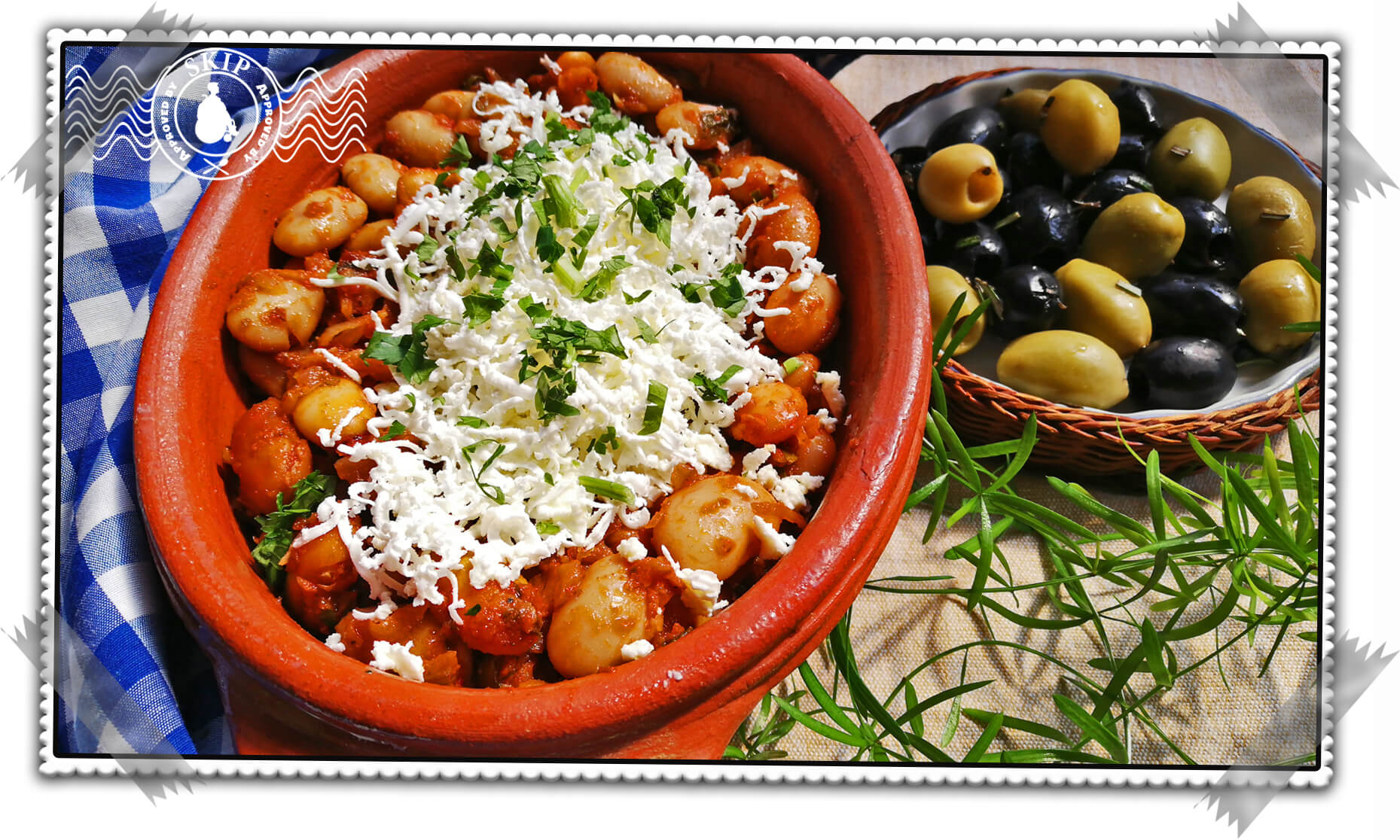 Beans that are cooked for a long time in tomato juice with vegetables until they become soft and plentiful. This dish tells you that you are at home and that all the world’s problems can stay at the door.

Legend has it that when Theseus sailed from Athens to Crete to kill the Minotaur, he stopped on the way back to the island of Delos near today’s Mykonos to offer a sacrifice to the god Apollo and to promise him that if he managed to complete his campaign he would return and give his patron saint an olive tree. a twig and a lot of fruit as a token of gratitude.
On the way back, he stopped by Delos again to fulfill a promise but it had been a long time since they had been on the road and everyone had eaten all the food they had on board. They were left with only a few beans and some vegetables that they combined together, and so fasolada was created, which was declared a Greek national dish. 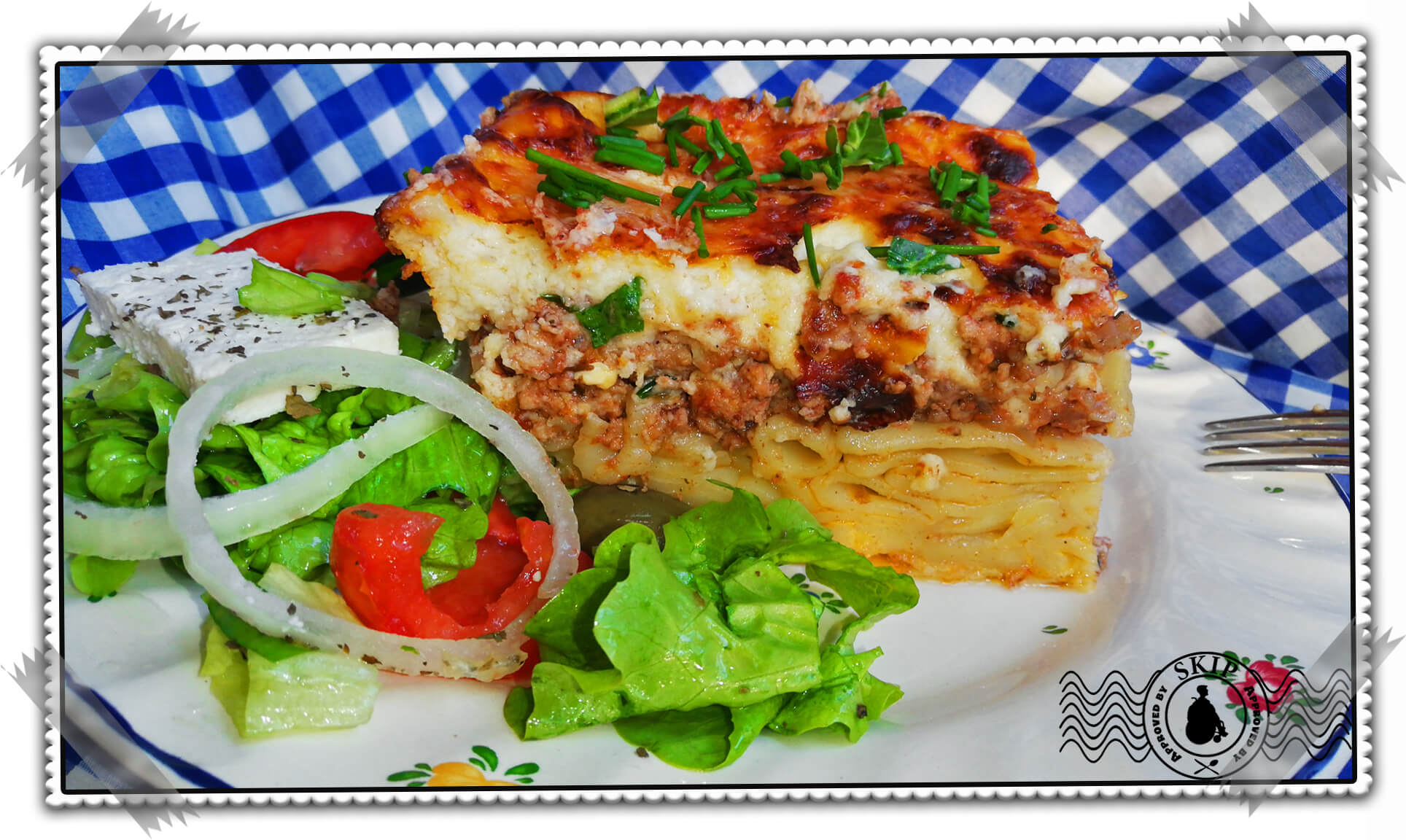 It is generally known that various forces and influences passed through Greece. Something was coming from the east, something from the west. One such dish that you must try and was brought by the Romans is pasticio. Some would call it Greek lasagna, but there is one key difference. Snails are used instead of dough sheets. The other ingredients are shades that can only be distinguished by locals. Otherwise, ‘pasticio’ means to mess something up, so this dish represents in some way a modified lasagna and is one of the dishes you must try in Greece.

In Greece, pasticcio is made exclusively in large quantities at large gatherings or in large families, it is a real traditional Greek dish. 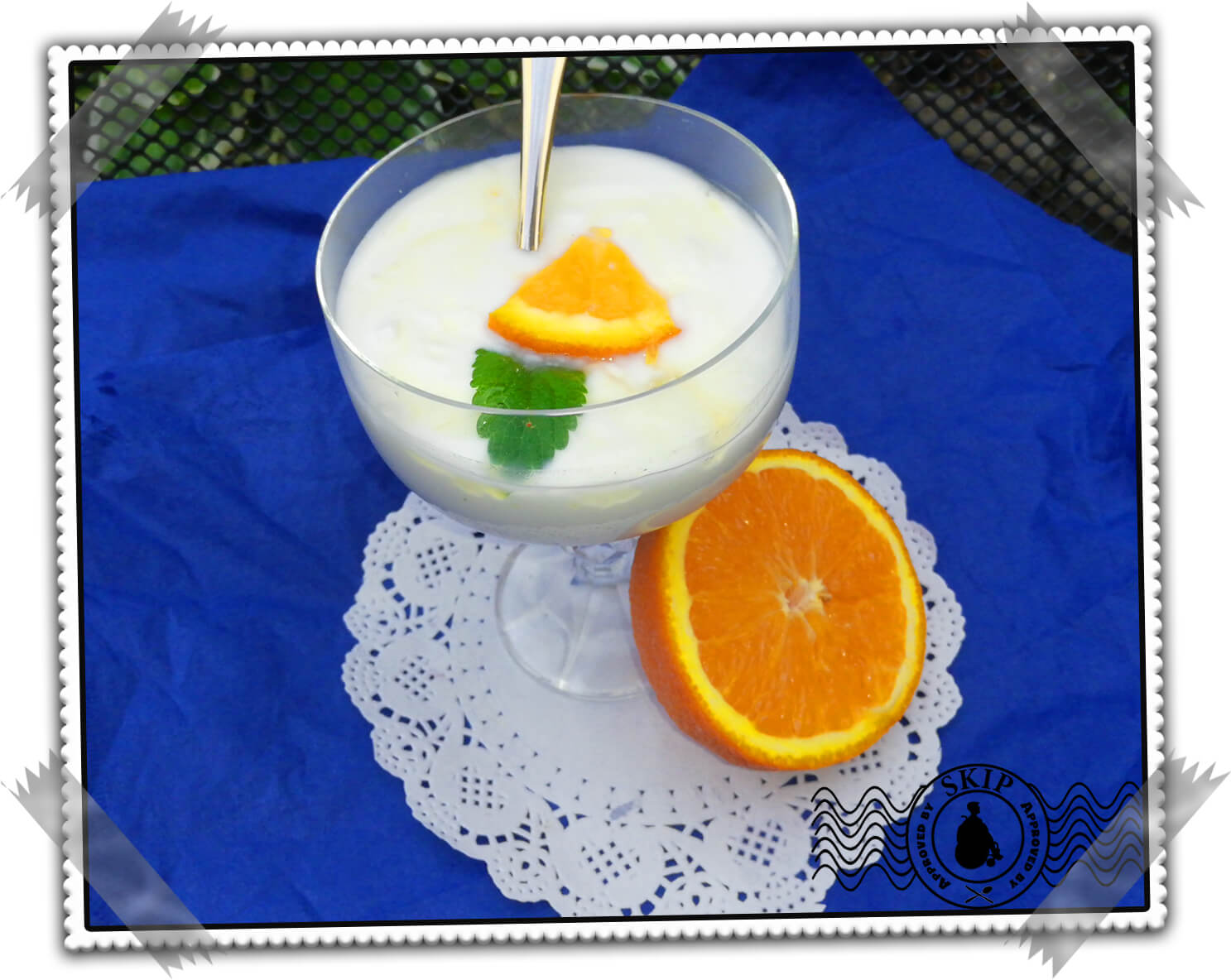 Honey is also very important in Greek cuisine. They thought that honey was food for the gods because, according to the legend, Zeus ate milk and honey when he was little. That is why there is this simple, cooling and divine dessert for which Greek hospitality is recognizable, because when the boss wants to treat you at the expense of the house, one of the treats will be yogurt with honey. 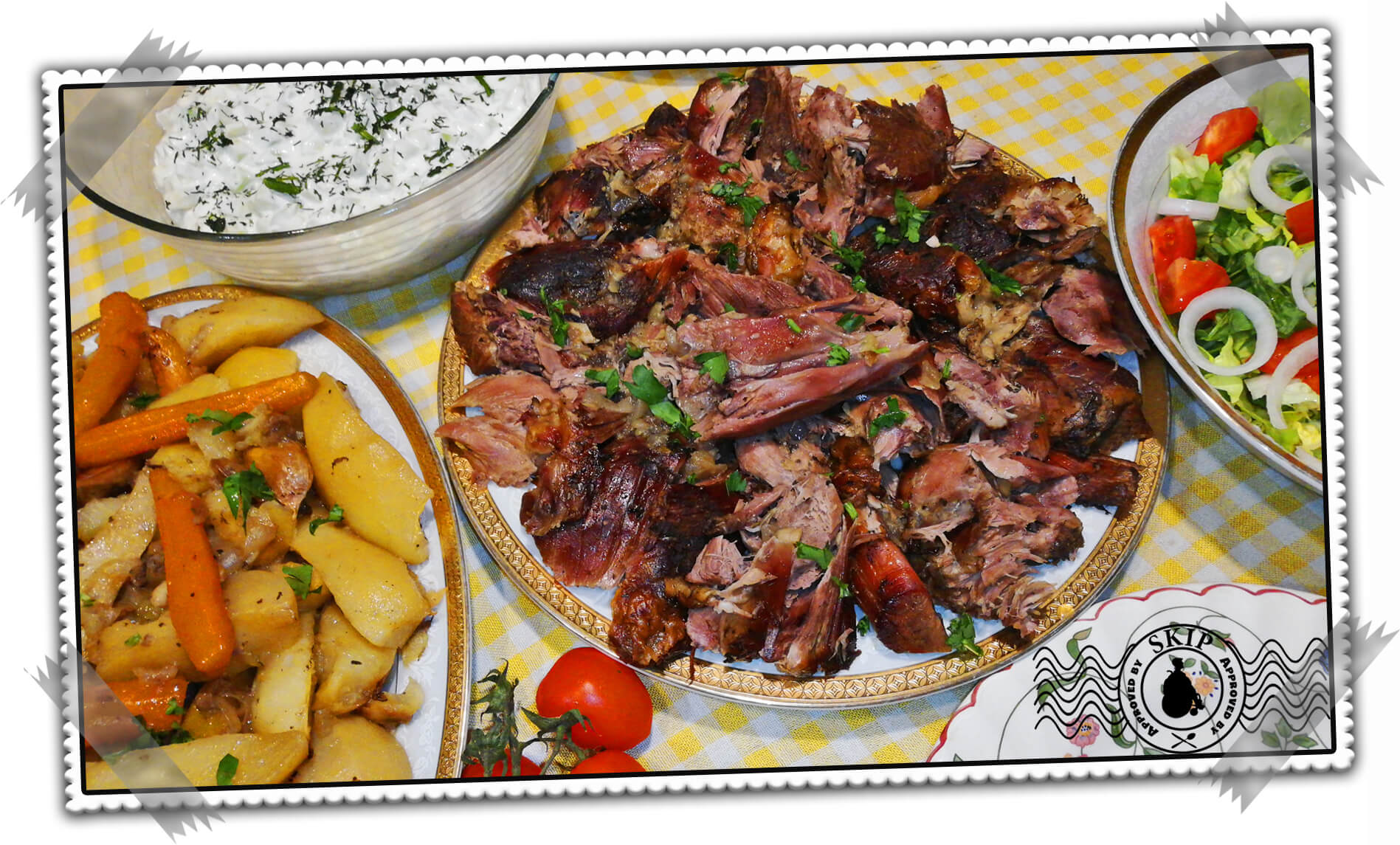 In Greece you definitely have to try kleftiko. It is a Greek version of lamb in sač. But the Greeks don’t have a sač, and that is why they managed in other ways. Klefts in Greek means outlaw and kleftiko, bandit lamb. Namely, Greek patriots, who opposed the Turkish government, often hid in the mountains in retaliation. They fed on stolen sheep, which they prepared by wrapping the meat and burying it in a hole with embers where the meat was roasted, so that the smoke and the smell of roasted meat would not give them away. Today, kleftiko is the softest lamb you can order in Greece. 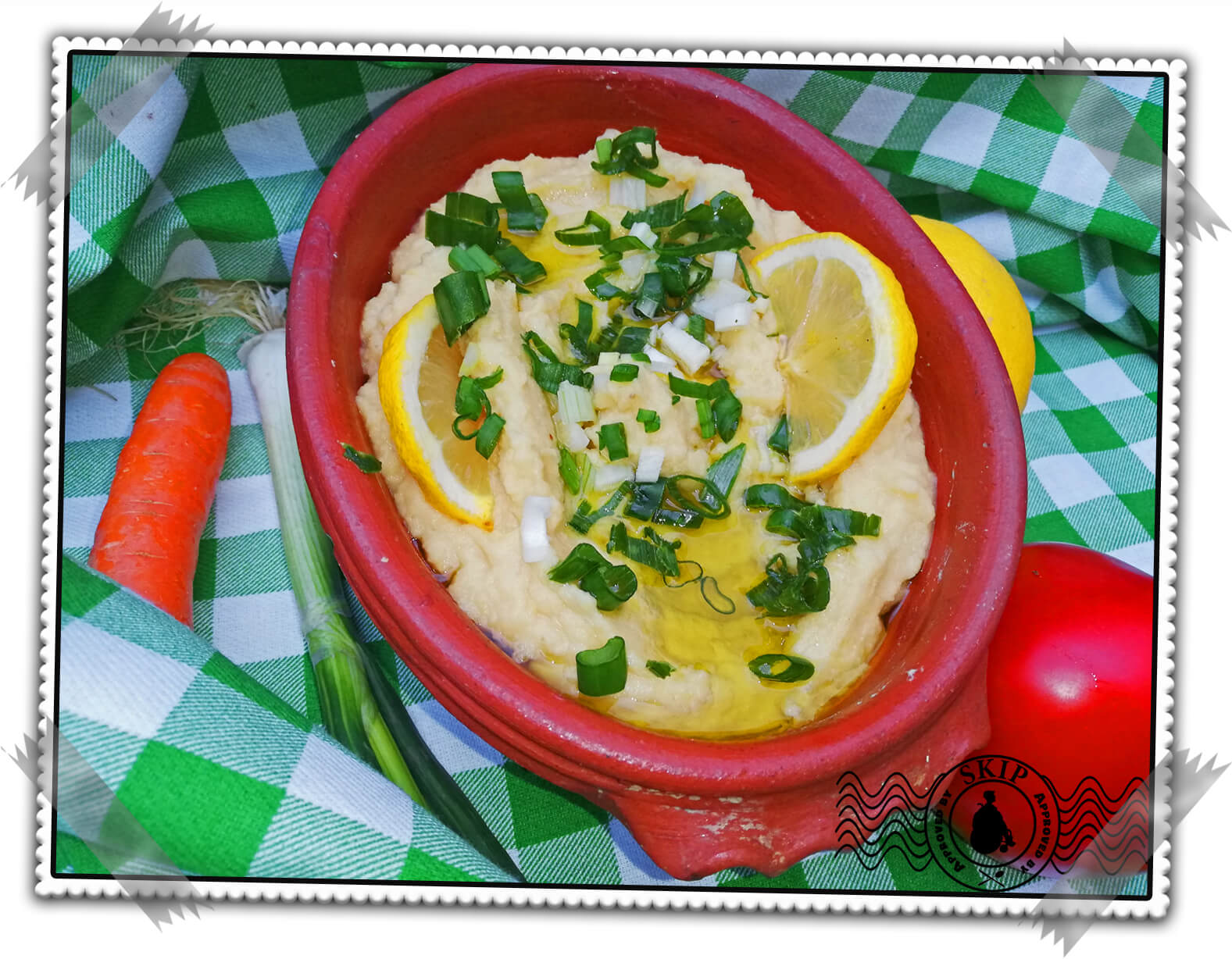 Fava, is a traditional Greek dish made of yellow peas. Fava is a simple nutritious dish that is often confused with hummus made from chickpeas.

Fava is usually served as an appetizer and part of meze and eaten at room temperature. Fava goes well with green vegetables and also with fish, olives and cheese. The hypocritical father of medicine, believed that eating legumes helps maintain “vitality” in men in the old days.

Fava beans, although very tasty, can also be very dangerous. Namely, in some people it can cause various ailments and even death. Enjoy carefully! 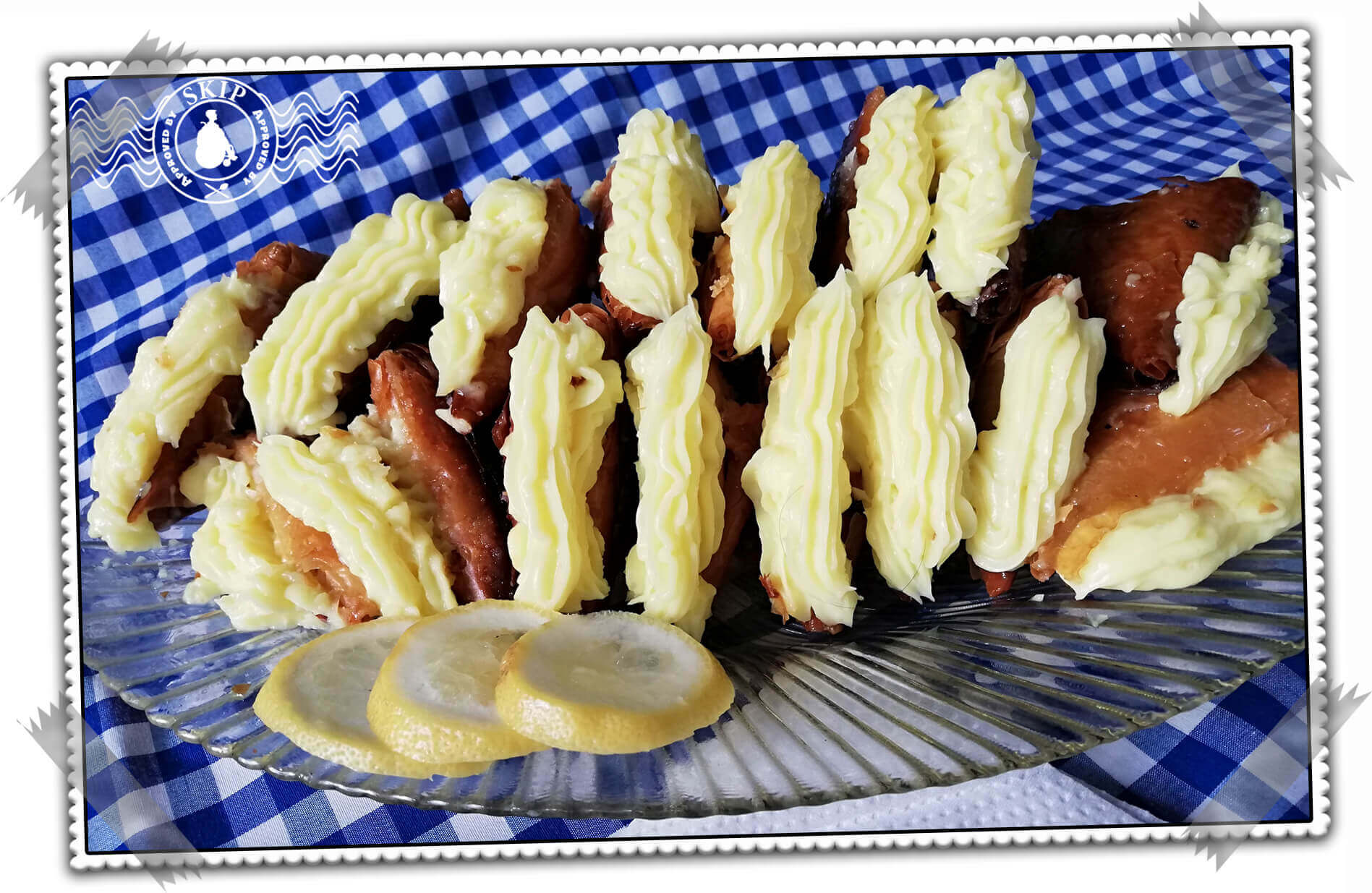 Greek cakes can be written about for days, but let’s mention some characteristic ones, such as golden crunchy chips soaked in syrup and richly filled with vanilla cream. They are called Trigona Panoramatos because they originated in the suburbs of Thessaloniki, which is located at a height from which a view of the entire city can be seen. This delicious dessert was created in the small confectionery Elenidis patisserie, which you must try when you find yourself in Greece, especially in Thessaloniki. 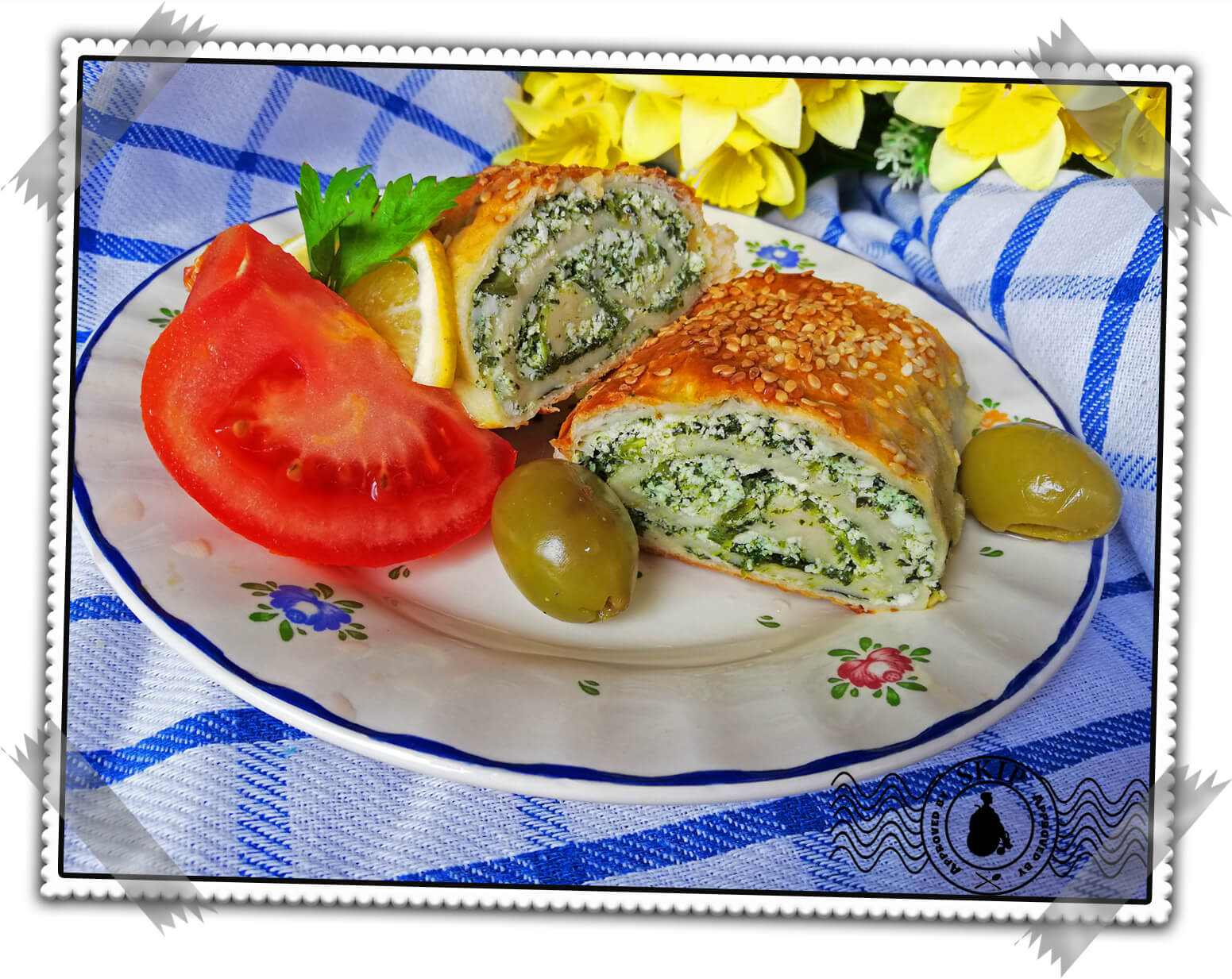 The Greeks are proud of another dish, which is spinach pie. It is made from spinach, feta and aromatic plants and was first mentioned by the famous Greek poet Philoxenas in the 5th century. The only thing that is certainly not put in is mint. Aristotle once advised Alexander the Great not to give mint tea to soldiers in any way, because the battle will be last one on their mind. 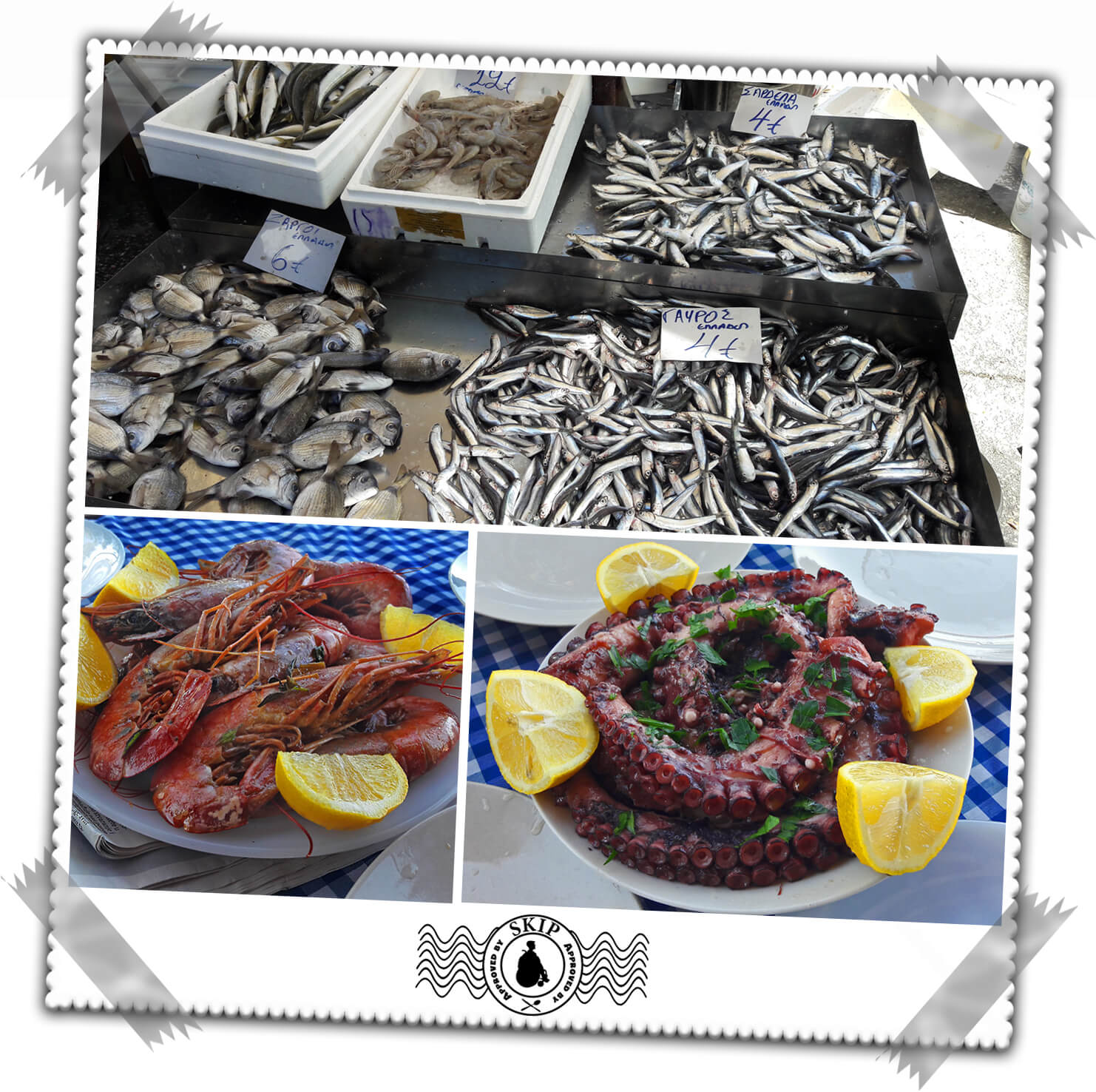 Greece goes out to two seas, so it is no wonder that such delicacies can be found in fishing nets. The Greeks have this offer every day, and that is why fish and seafood are an integral part of their cuisine. It is no wonder that centenarians live on one of the islands called Ikaria. They owe their health to Mediterranean food, but also to the afternoon siesta, which is prescribed by law on the island. Lavraki is the most valued fish among the Greeks because it is not easy to catch. The Greeks grill the fish with the addition of: tomato, white wine, garlic and olive oil, and be sure to order it in one of the Greek taverns. 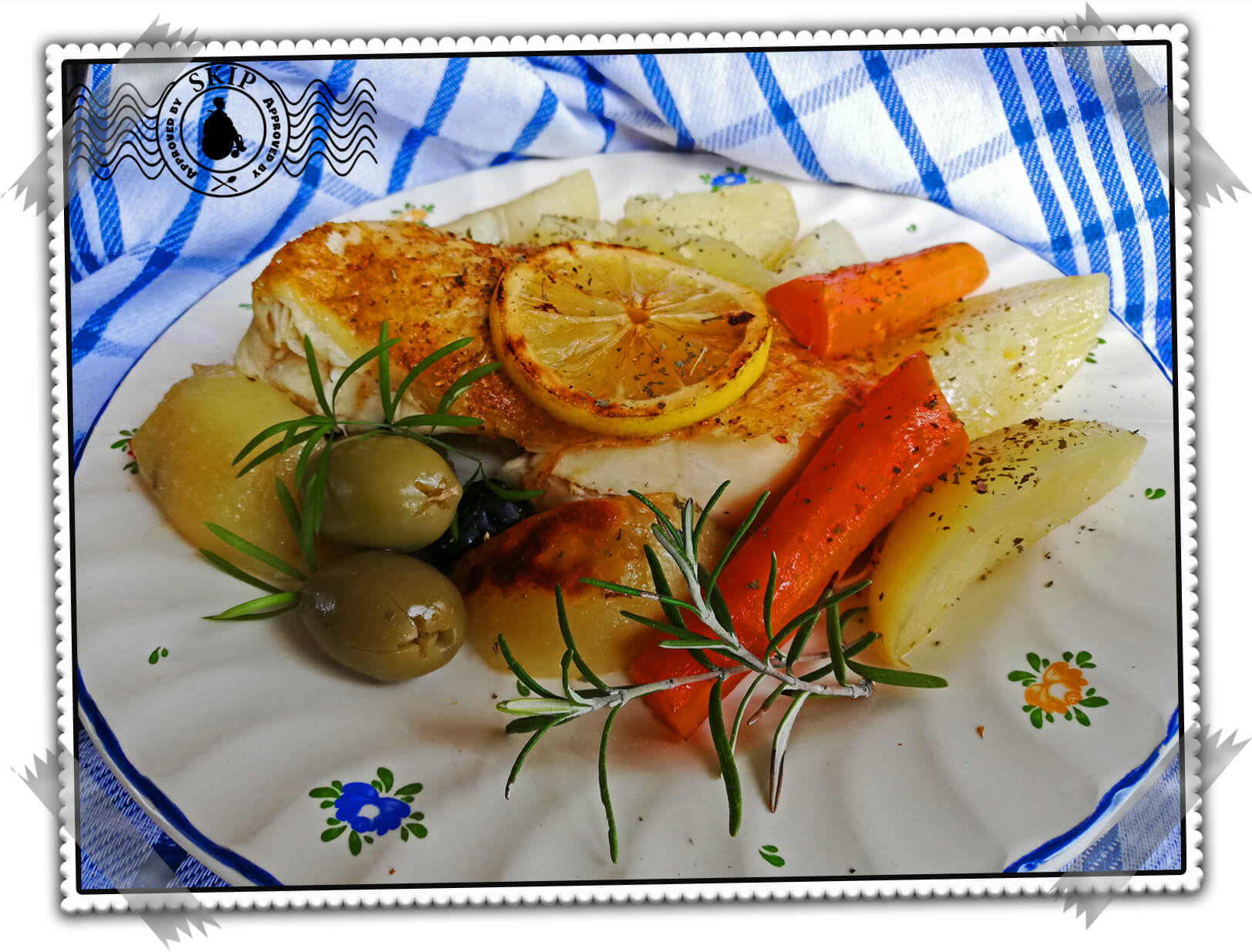 Everyone has a version of this dish, including, of course, the Greeks. The golden yellow chicken is spiced with lemon and fragrant herbs that Greece abounds in. This dish is also good if you are on a diet. The famous Greek singer Demis Russo managed to lose a LOT of weight in due time by eating a whole chicken spiced with lemon juice every night. But only that. 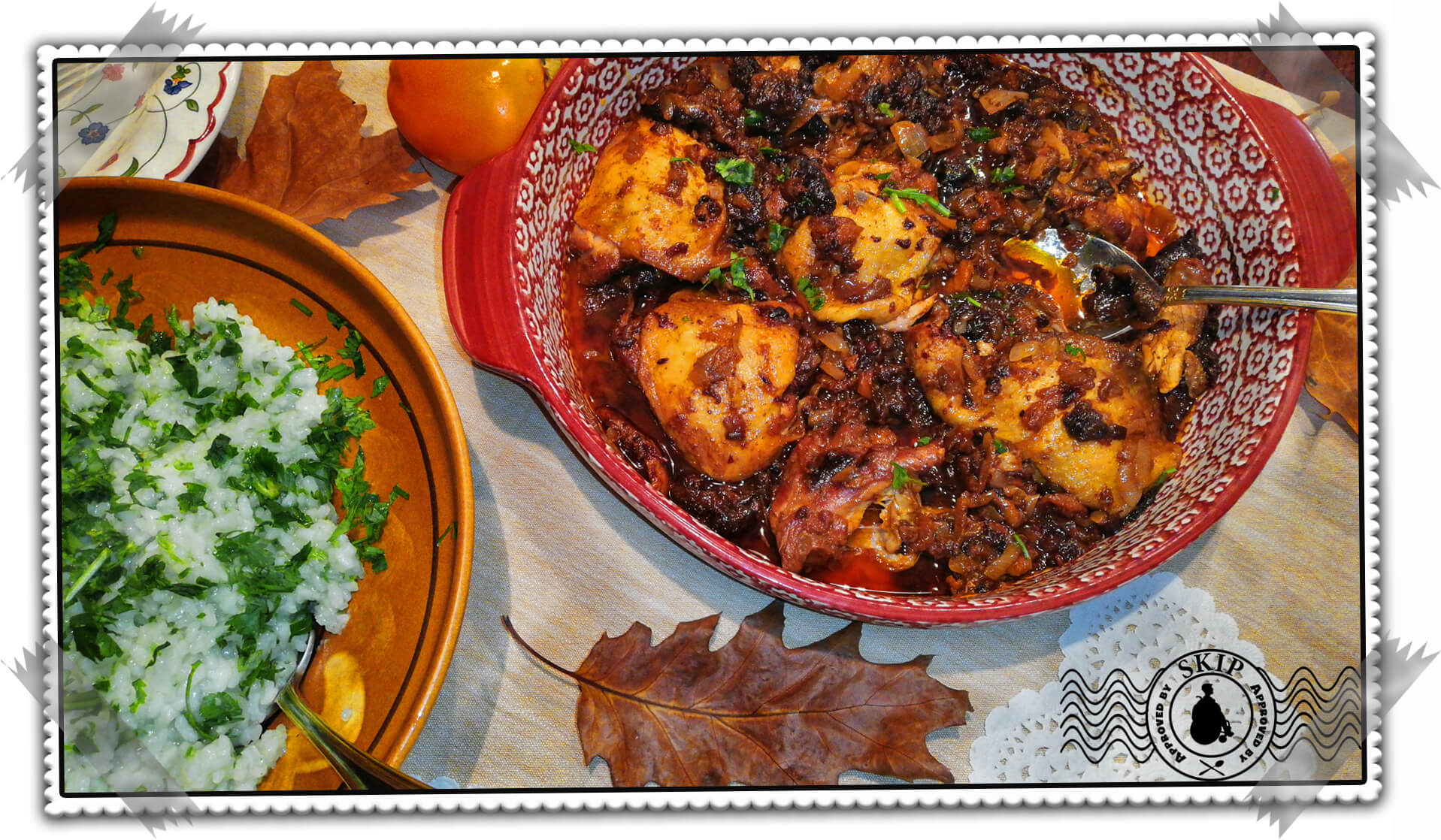 When you have raisins, figs, apricots, you can put them in other things than just cookies. They did that in the Kozani area and that’s how the famous Kozani chicken with a sweet taste was created. Be sure to try it. 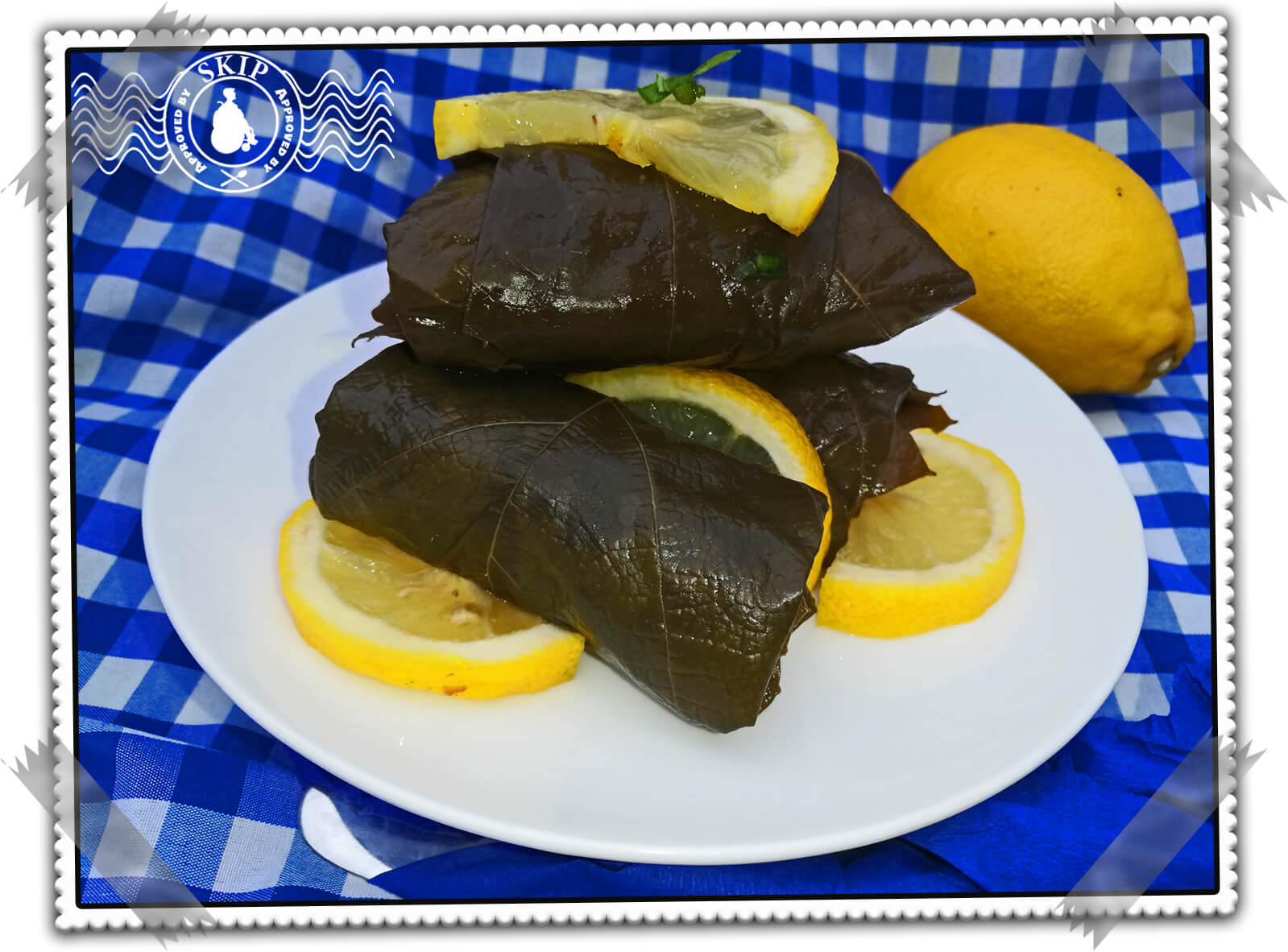 Wine leaves are an indispensable part of Greek cuisine. They are eaten as an appetizer or as a standalone dish. They can be with meat but also with rice. Each wrap must be made by hand. The ones from the cans at Lidl do not count. They have been eaten in Greece for thousands of years, so don’t touch the Greeks in their dolmades. 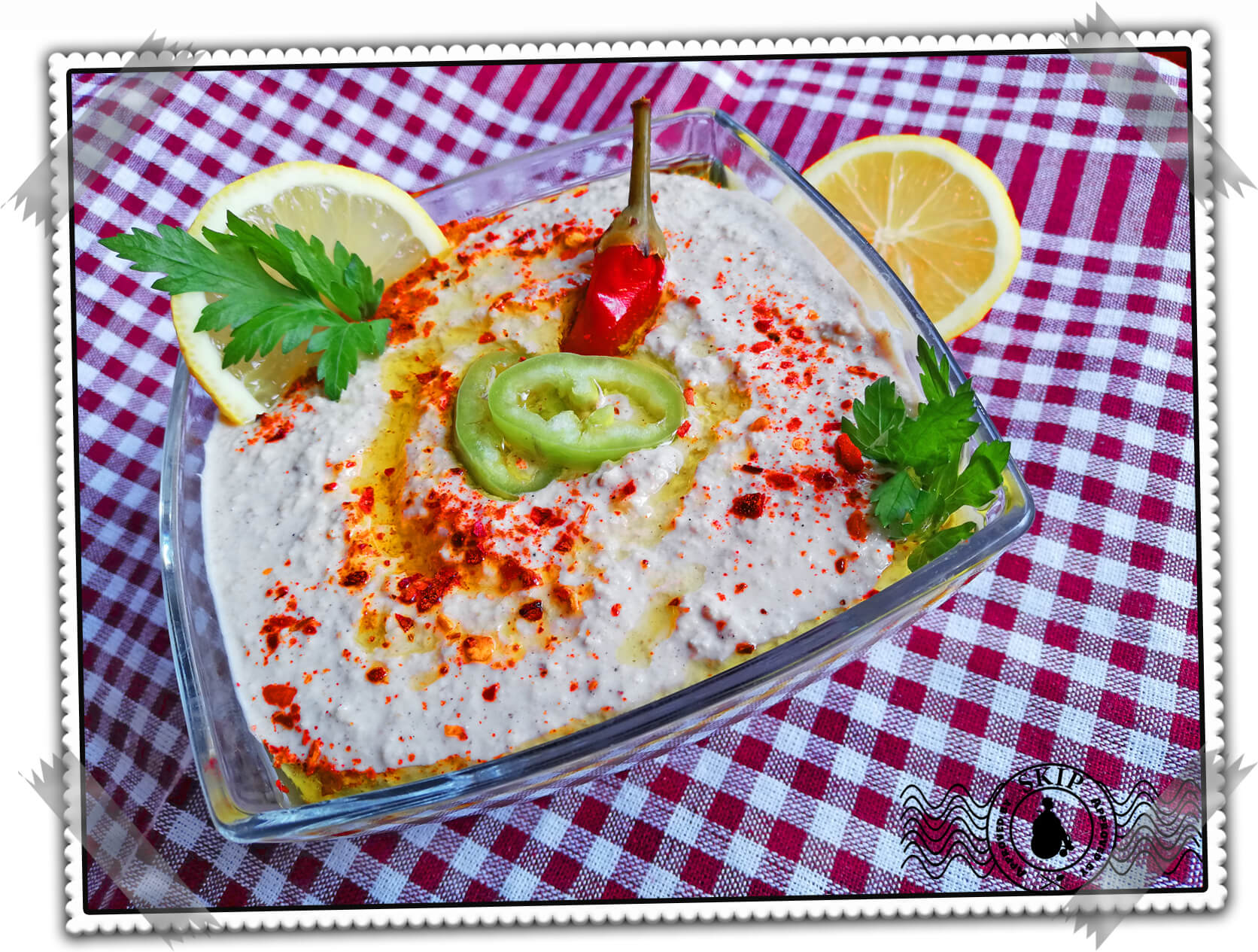 Sesame may be older than Greece. It is used by many peoples and tahini sauce is an addition without which a Greek lunch cannot be imagined. It is made from sesame paste, which is formed after squeezing the oil from sesame seeds. This paste, when mixed with lemon juice and garlic, is the dream of every vegetarian and is very healthy and delicious. Sesame was so valued in some cultures that it was used as a means of payment. The sweet variant is called alva. Hippocrates greatly appreciated and recommended it. 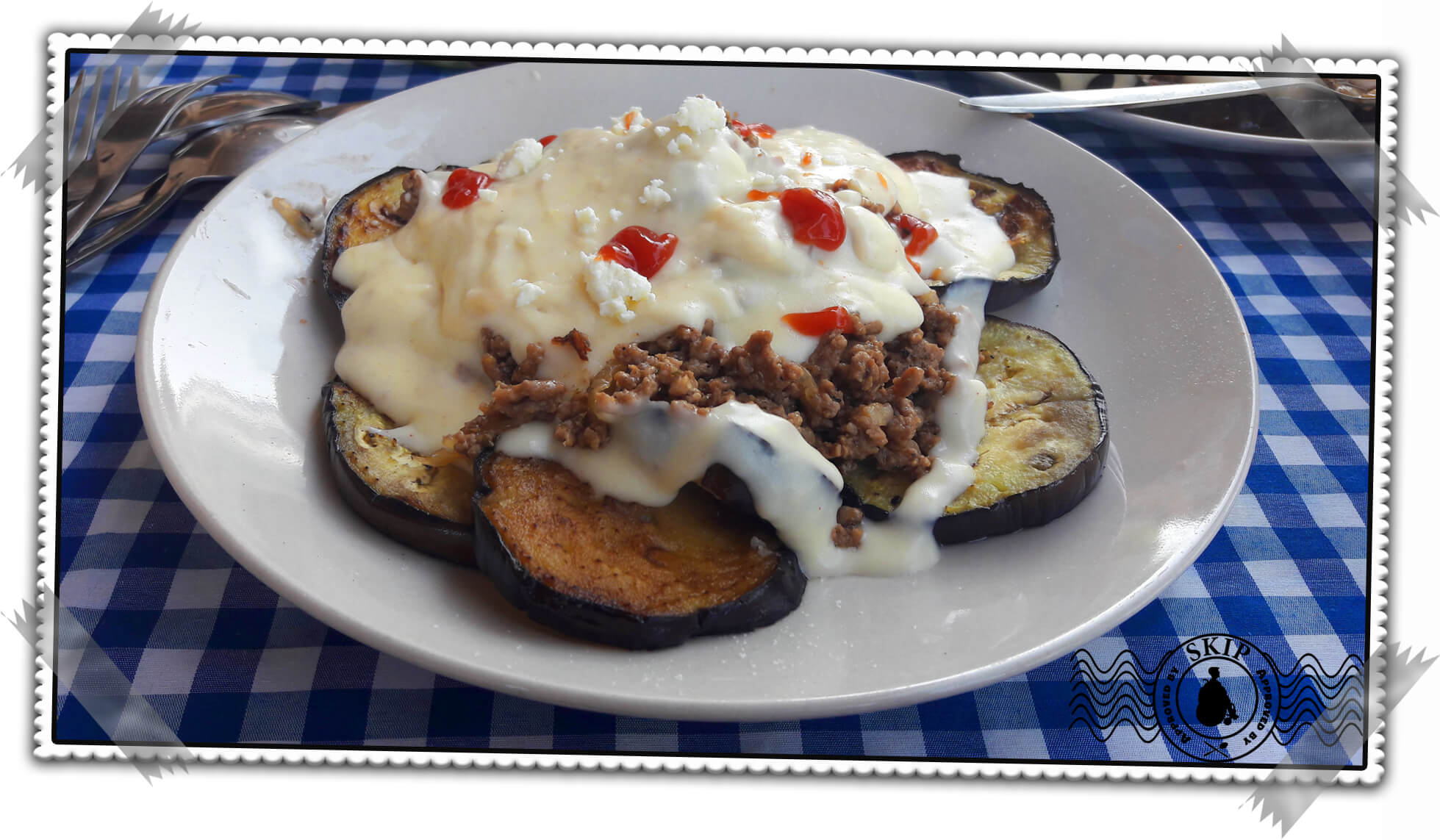 The main ingredients that define every Greek moussaka are blue eggplant and meat, arranged in rows and baked, but even that is no longer so exact.

As we now recognize it, it was created “only” in 1910 when the famous Greek chef Nicholas Telemantes composed this dish using béchamel sauce. These are the French influences that he brought to Greek cuisine.

Every house in Greece has its own version which they say is the best but if you are wondering what to eat in Greece, be sure to try this specialty. 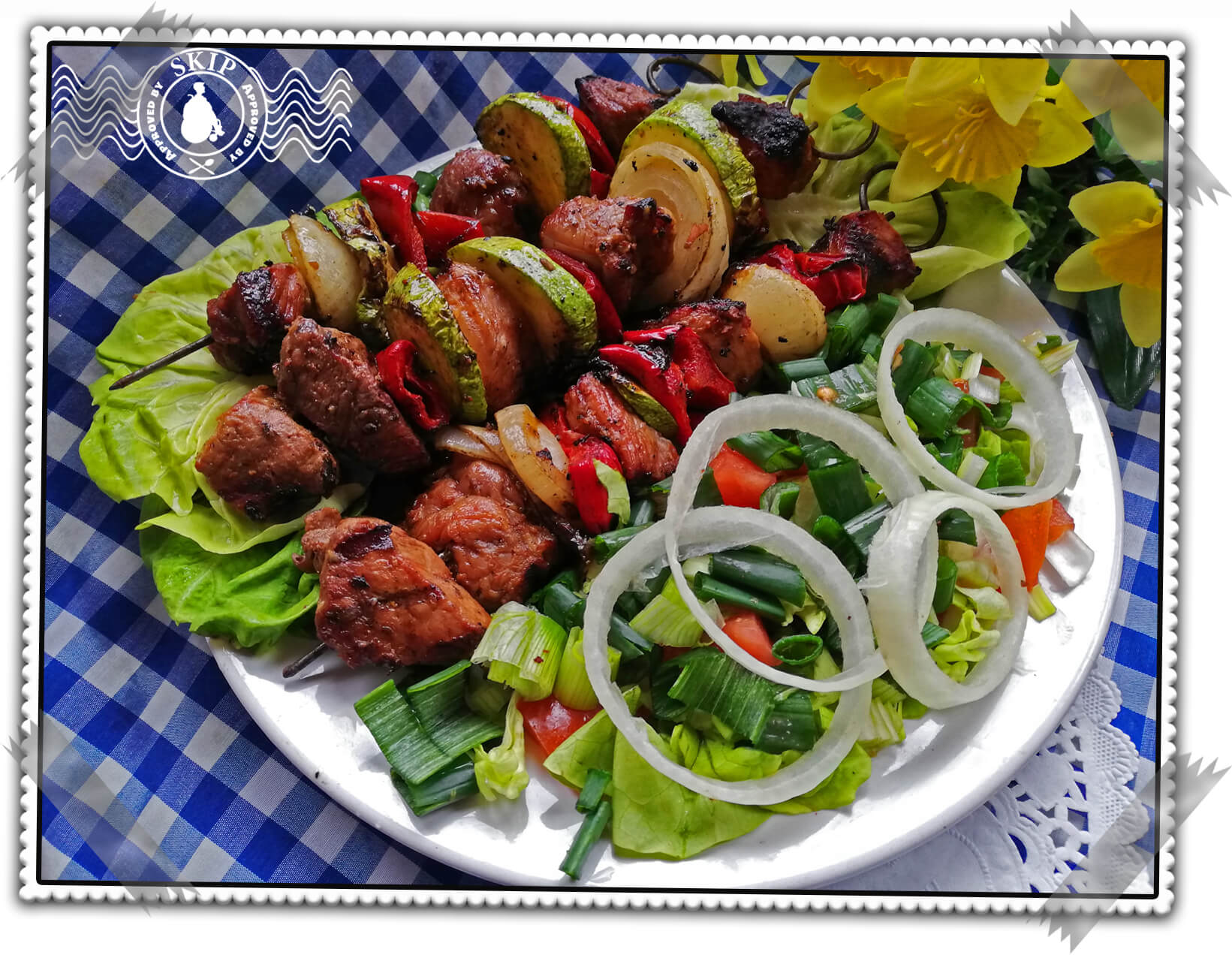 Souvlaki is said to be a precursor to fast food. Nothing is more natural than stacking pieces of meat on a stick and roasting them on the fire anywhere you can find it. However, the Greeks also have proof in many museums that this is exactly how they ate. That is why this specialty is on my list.

All this food talk has made me hungry. I can’t wait to meet Greece and its specialties again. The Greeks value their food so much that they have the saying “Yia Sta Heria Stas” which translates as “I kiss your hands”, thus praising the skills of the chef. 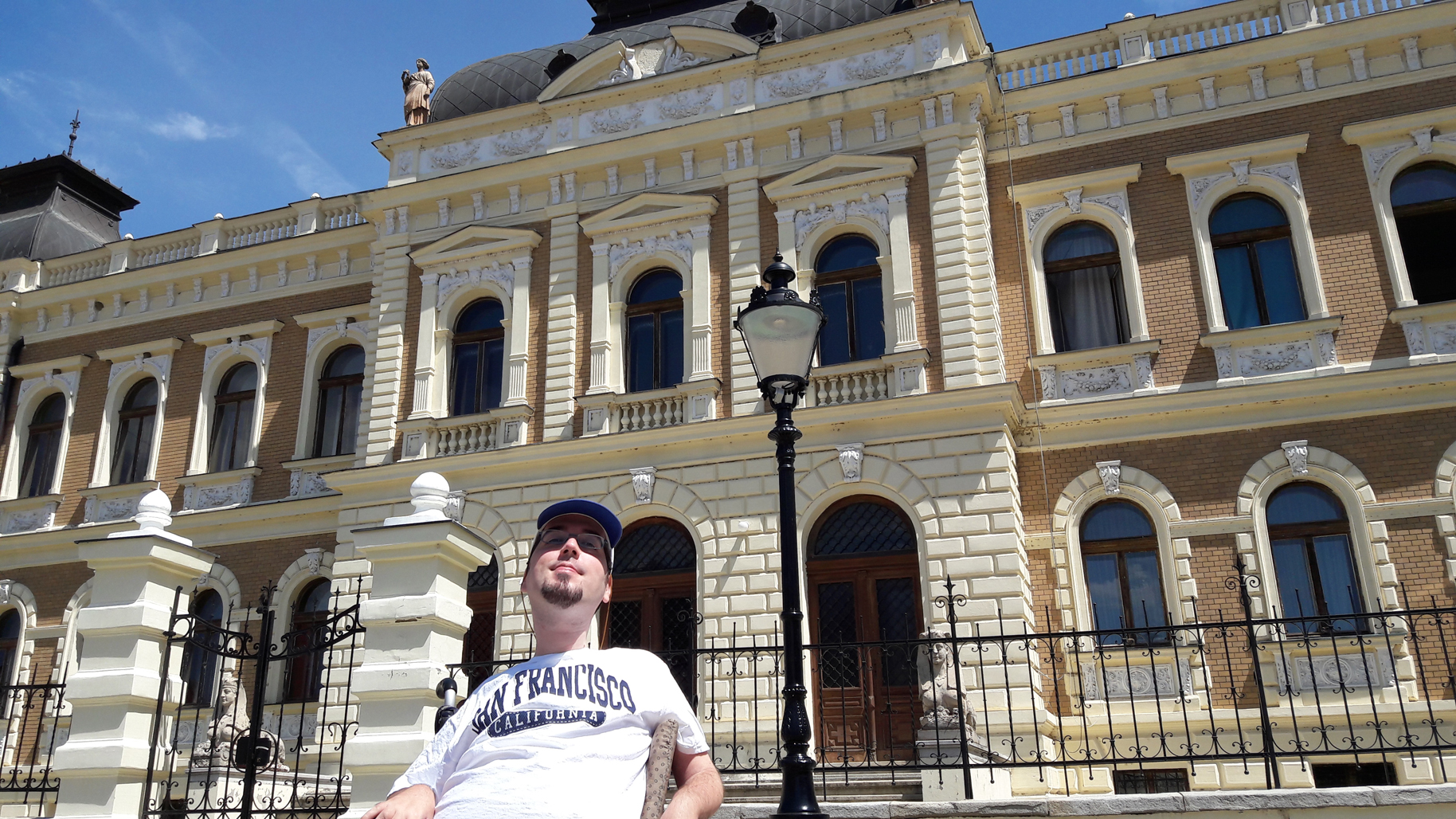 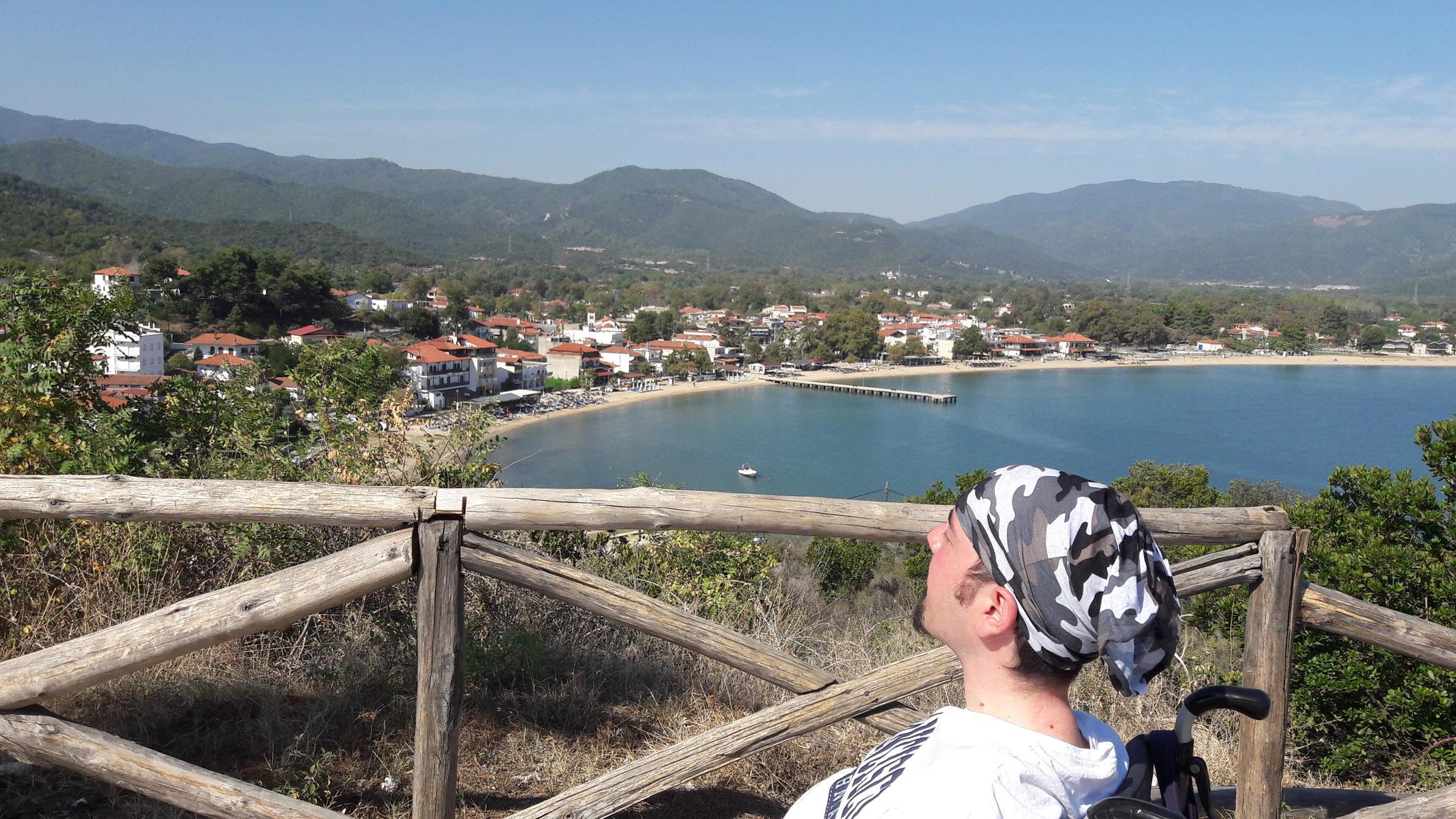 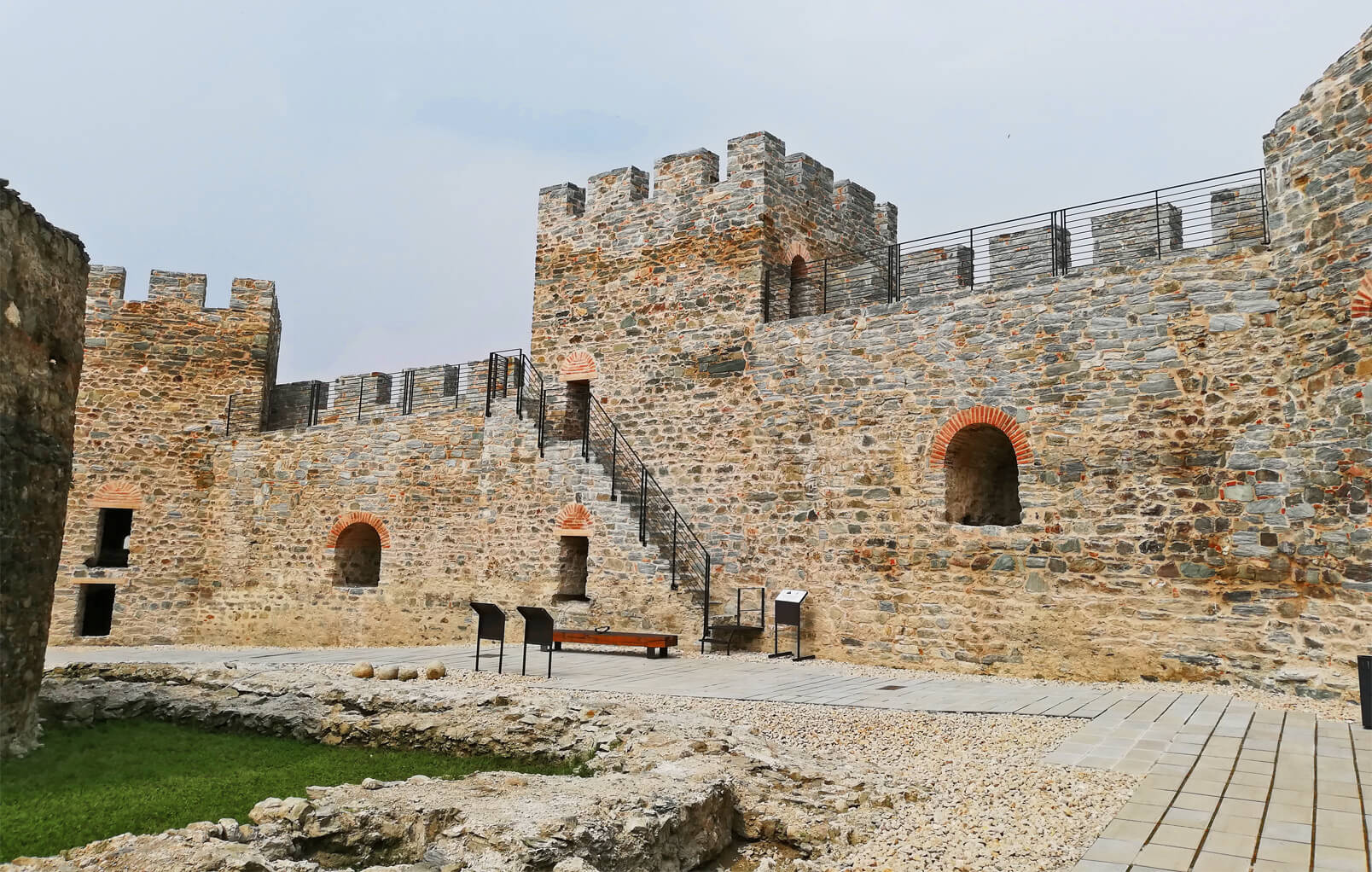