“There is no city like this in the world, around which so many nations have fought over, under whose rampart so many battles have been fought…

Which has changed so many  owners… and  been destroyed fifty times in order to rise all the way from the historical grave – like our Belgrade. Isn’t it the fact that this Serbian city speaks highly of Serbs?”

And everything started at Kalemegdan. Who wanted to conquer Belgrade had to start from Kalemegdan. That’s how it got its name, from the Turkish words of the Kale-fortress and megdan-fight.

At the crossroads of the East and the West, the goal of all the forces of this region was Kalemegdan. Although it survived many battles, he survived all of his invaders. It was alternately in the hands of Byzantines, Ugars, Turks, Austrians, Serbs.

Whoever reigned renewed the fortress at their sole discretion, but changed its name. The Siege were so aggressive that among the fallen warriors there was also a sparrows punctured with three arrows. That is why the idea was born that the sparrow was the symbol of Belgrade. 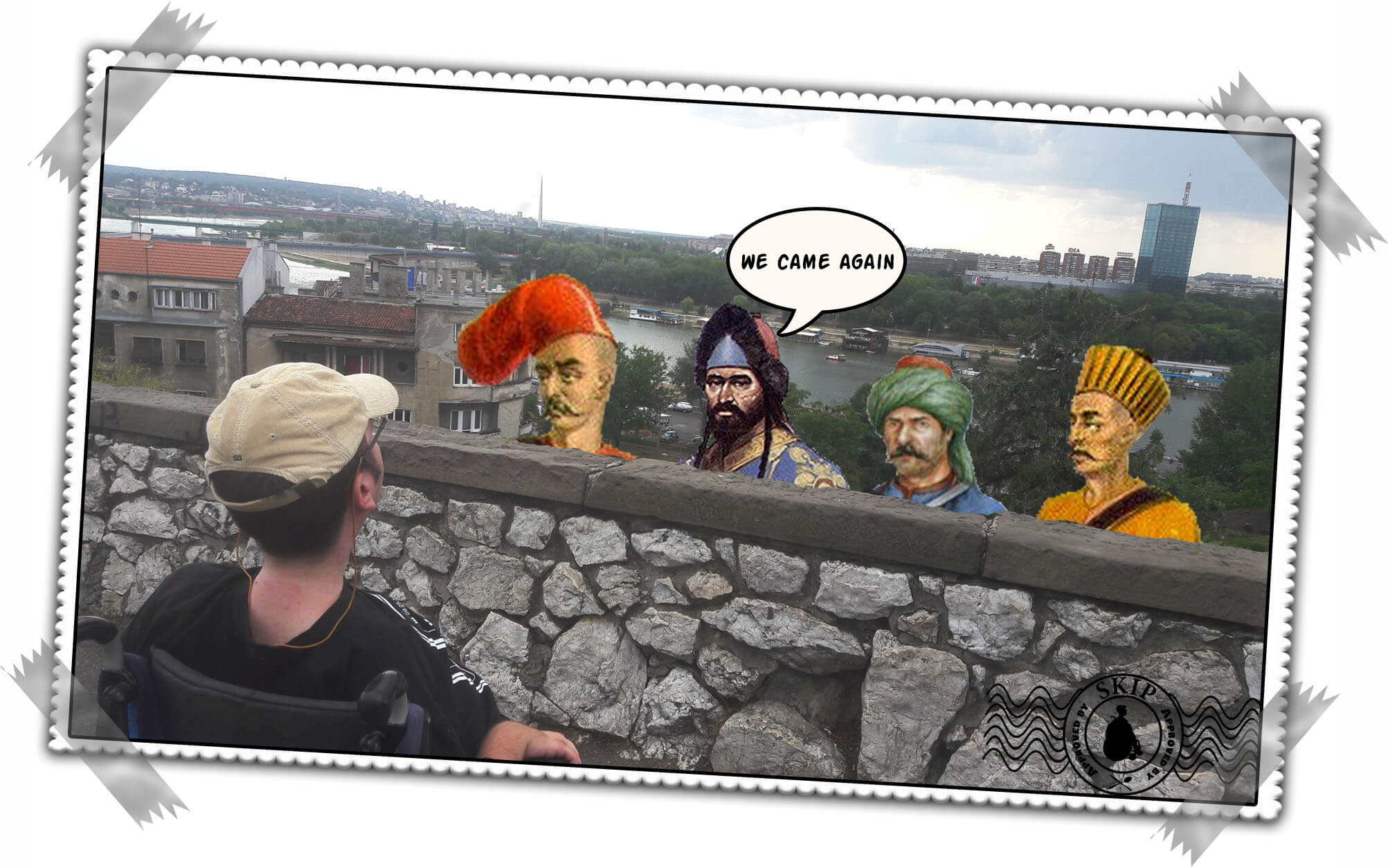 One of the sieges remained particularly striking; the powerful Turkish force awaited an disorganized army gathered in a hurry and led by Janos Hunjadi (Sibinjanin Janko). Nobody can explain how they managed to win, but the news about it spread around Europe like a bomb droped. The Pope was so enthusiastic that he proclaimed August 6th the day of the victory in Belgrade, which is to be celebrated throughout the Christian world. During the siege the Pope ordered that all churches be ringed at noon as a call to all believers to pray for the defenders of Belgrade. This order was never withdrawn. 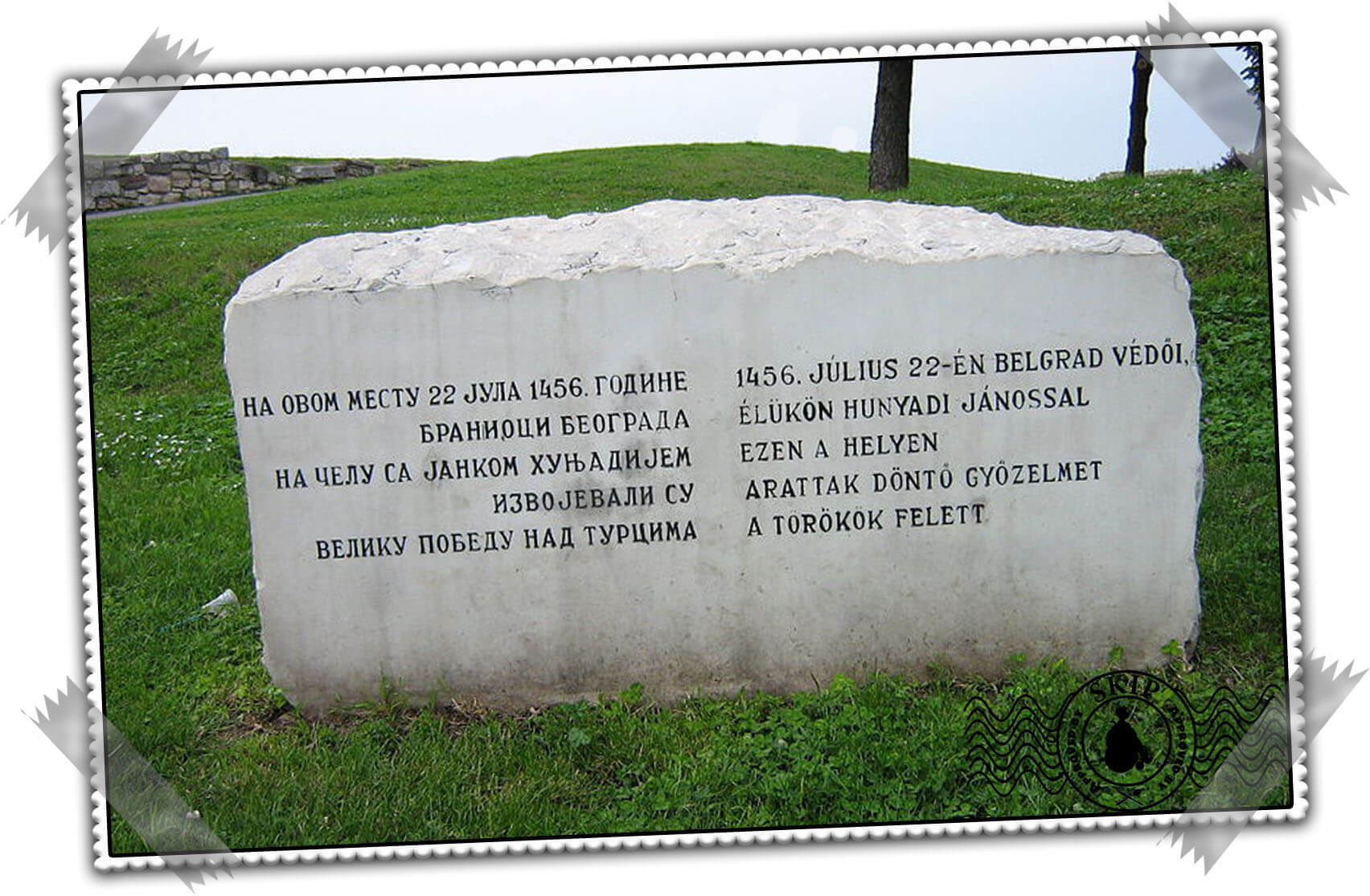 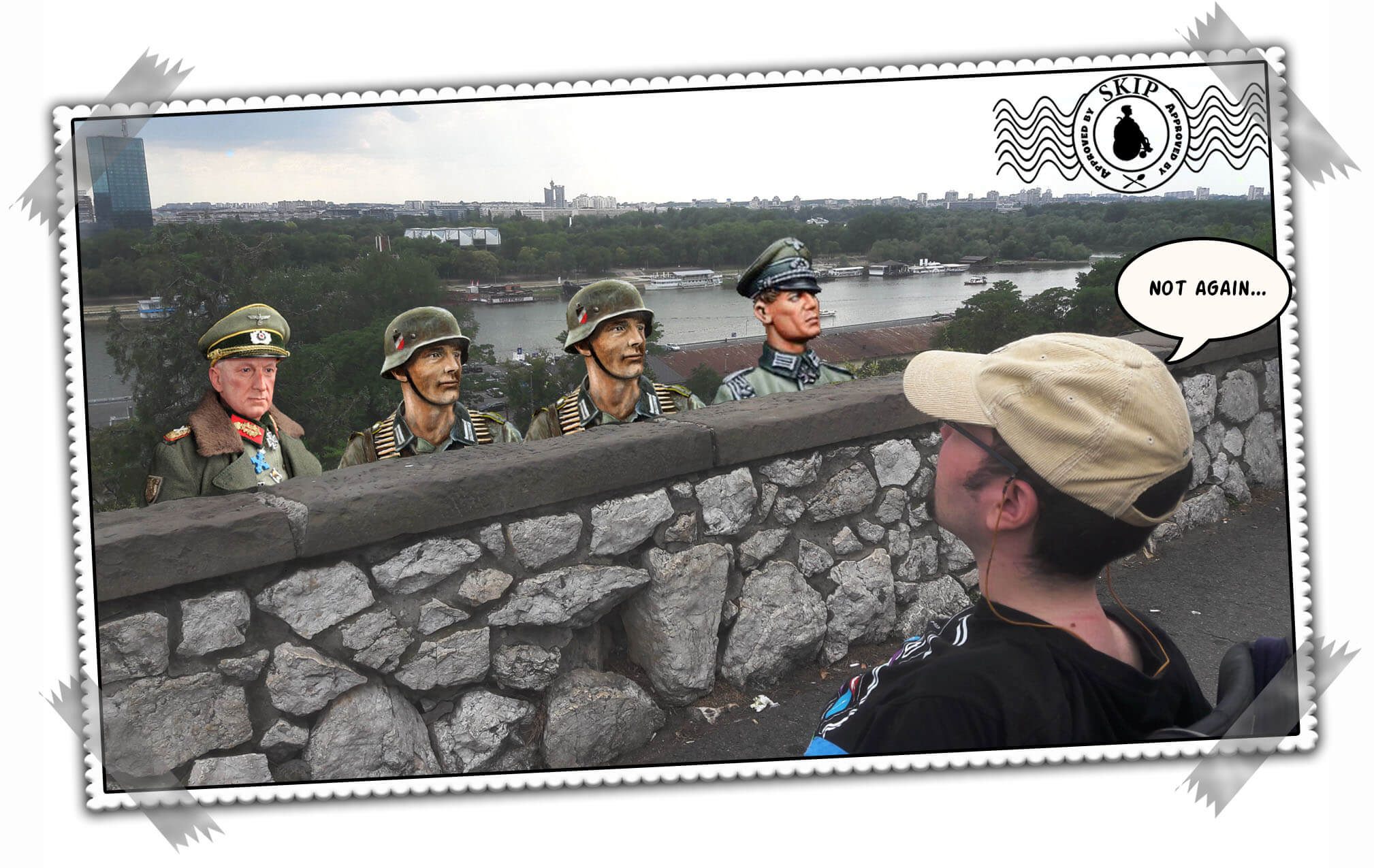 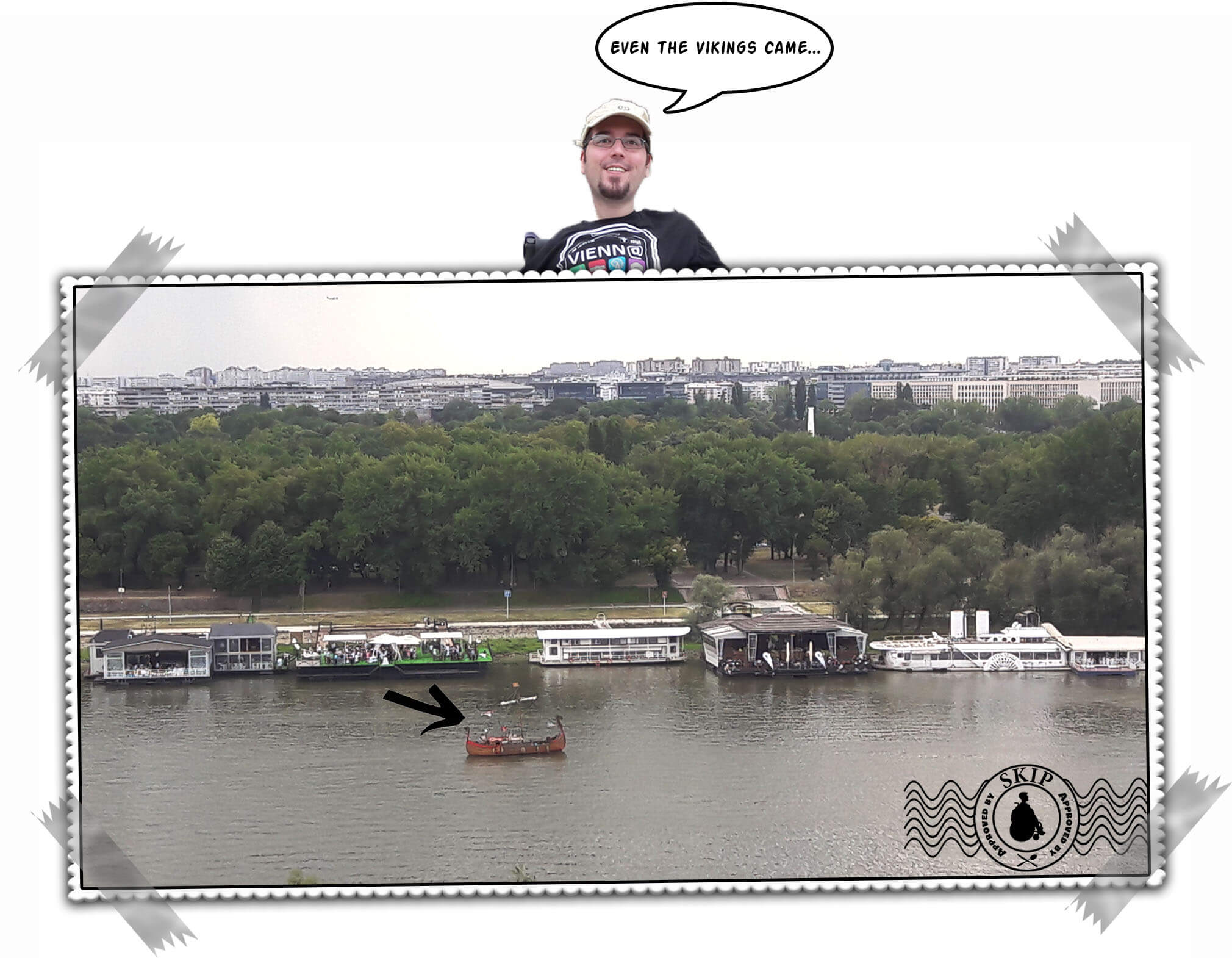 One of the most important features of Kalemegdan is near the entrance to the park and refers to the event that marks the final departure of Turkey from these areas. Others returned, but the Turks are long gone. That moment represents Prince Michael receiving the keys of Belgrade and the whole city began to celebrate:

“… Pasha takes out from a silk sash the imperial ferman, kisses it and rests it on his forehead, then he hands it over to a senior clerk who reads it aloud and then reads it again in serbian. Immediately after reading the ferman, 21 cannons sounded and music started playing, first Turkish and then Serbian, everyone gave their own farewell. At the same time in the city, first the Turkish banner was rased, and after that the Serbian one, this was again followed by the 21 cannons firing. While the cannons pay tribute to the flags of Turkey and Serbia, the Pasha approaches the prince and, on a little red silk pillow, gives him the keys of the city, which the prince, obviously shaken, receives and surrenders to the minister of the military.”

That same summer, the sultan bid farewell to the city, he went to the Danube by ship and the Serbian army sent their farewell from the fortress. 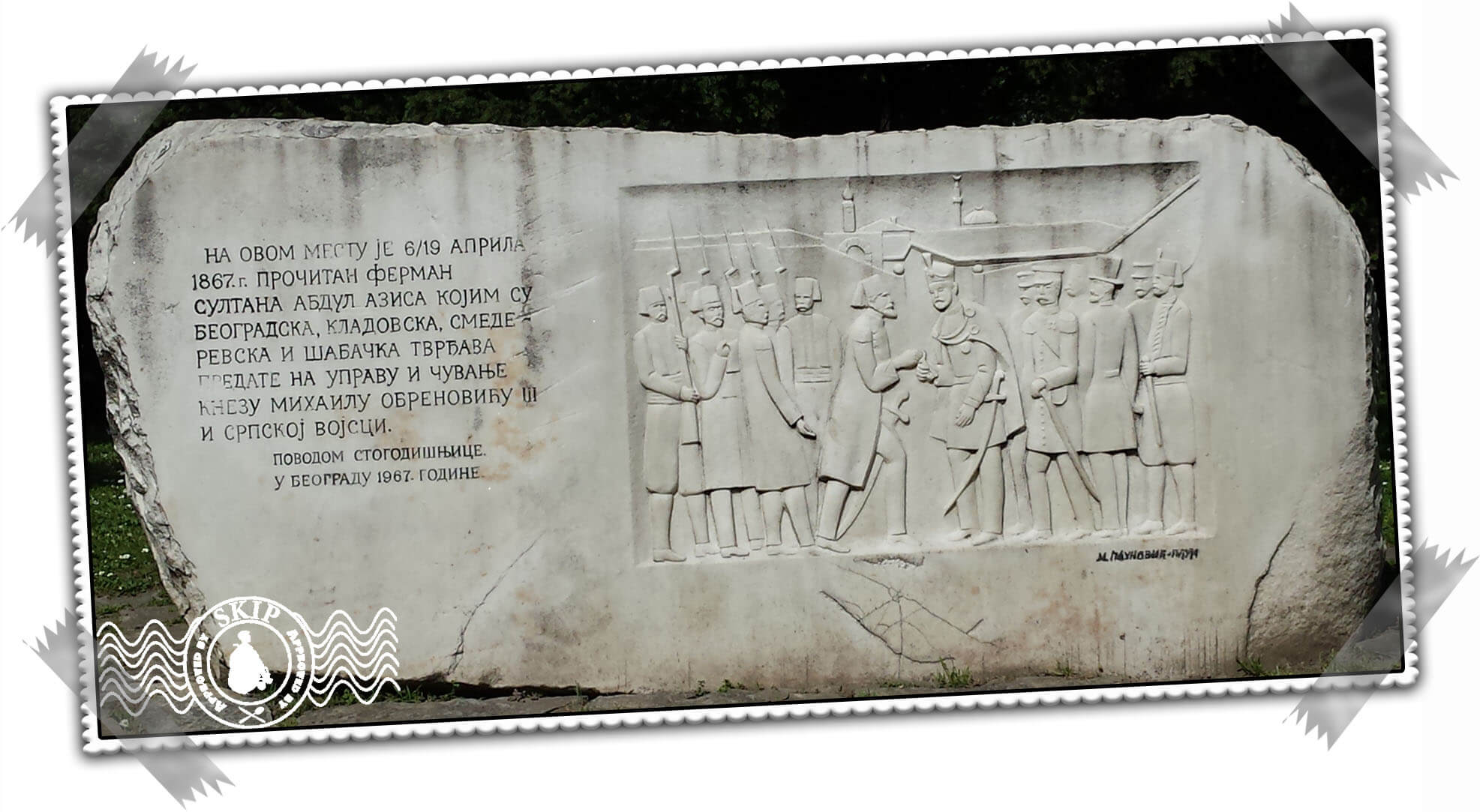 The Turks realized that Kalemegdan, in addition to its strategic importance, is located in a very nice place, and it was also called fecir bajir or the hill for thinking. 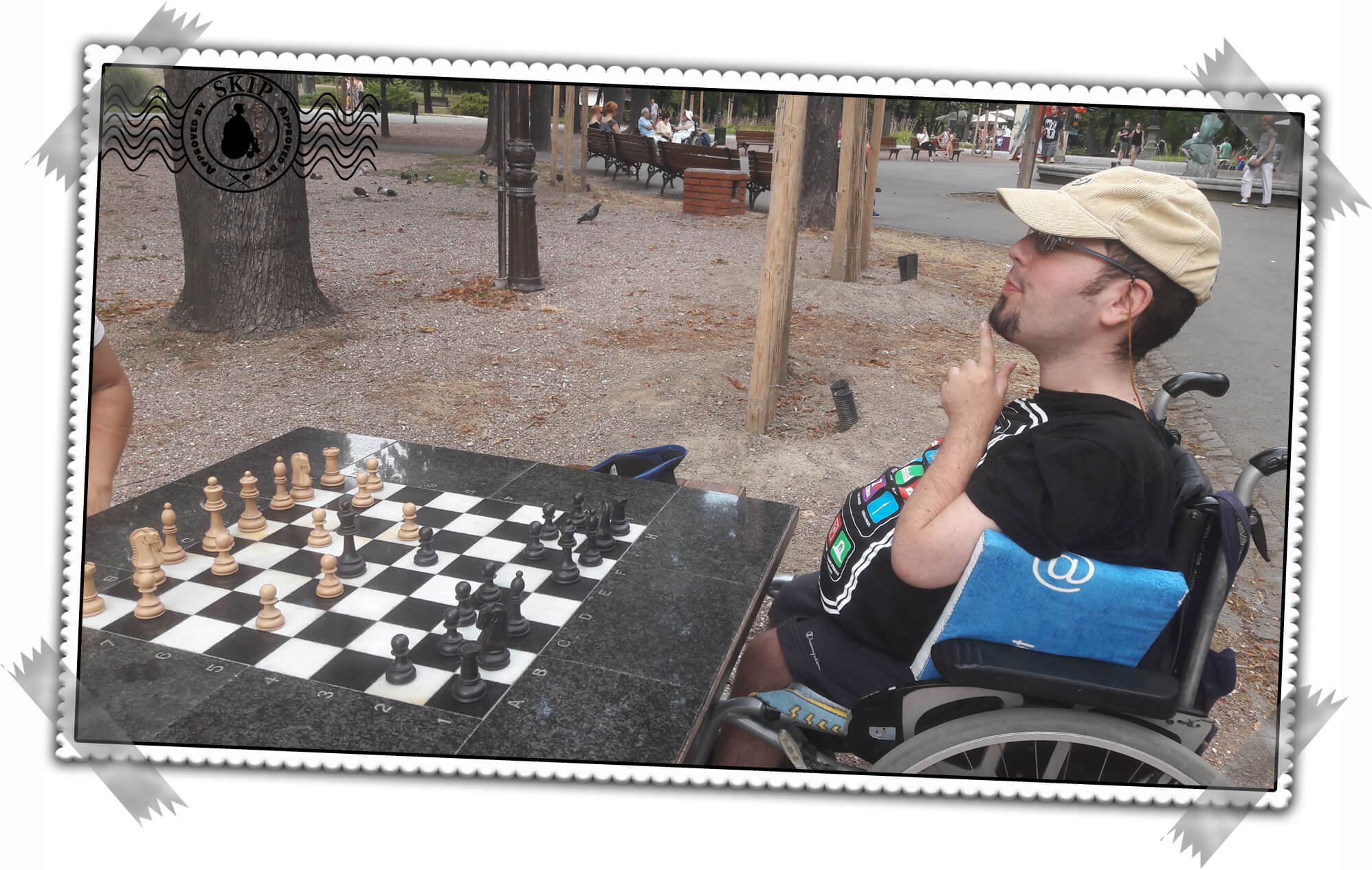 Kalemegdan is approaching only and from Knez Mihailova Street when you are using a wheelchair.

Only when the Belgrade Fortress was surrendered in 1867. Prince  Mihail began planting trees in front of it and that is how Kalemegdan Park was created.
In order to have a pleasant stroll thru Kalemegdan, Belgrade ladies had to lift the last part of the dress so as not to raise dust and “not be bored to others.” 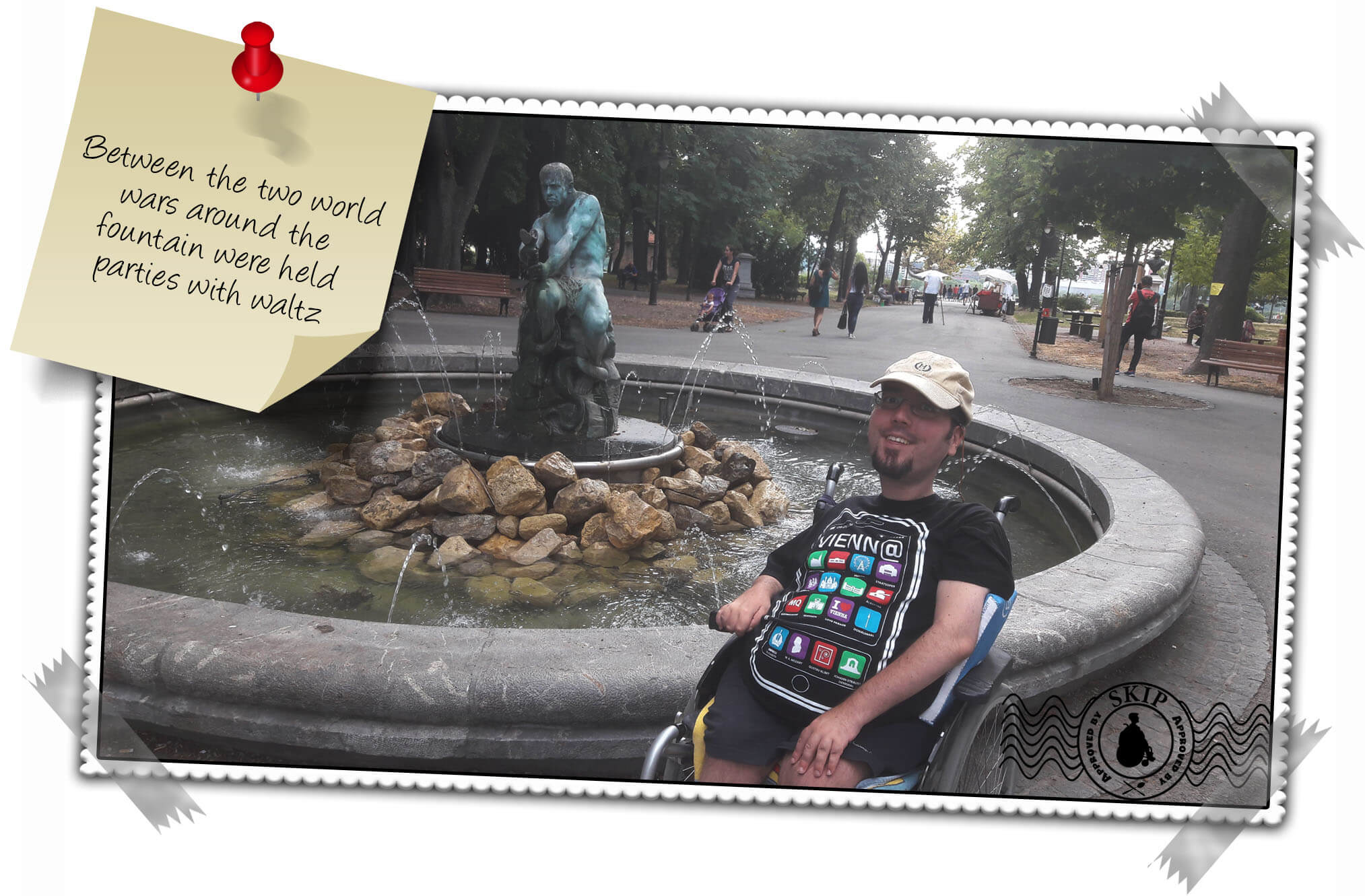 Belgrade ladies and gentlemen danced on Sunday on this plateau under the watchful eye of their parents.

In this part of the park there is also a monument of gratitude to France. 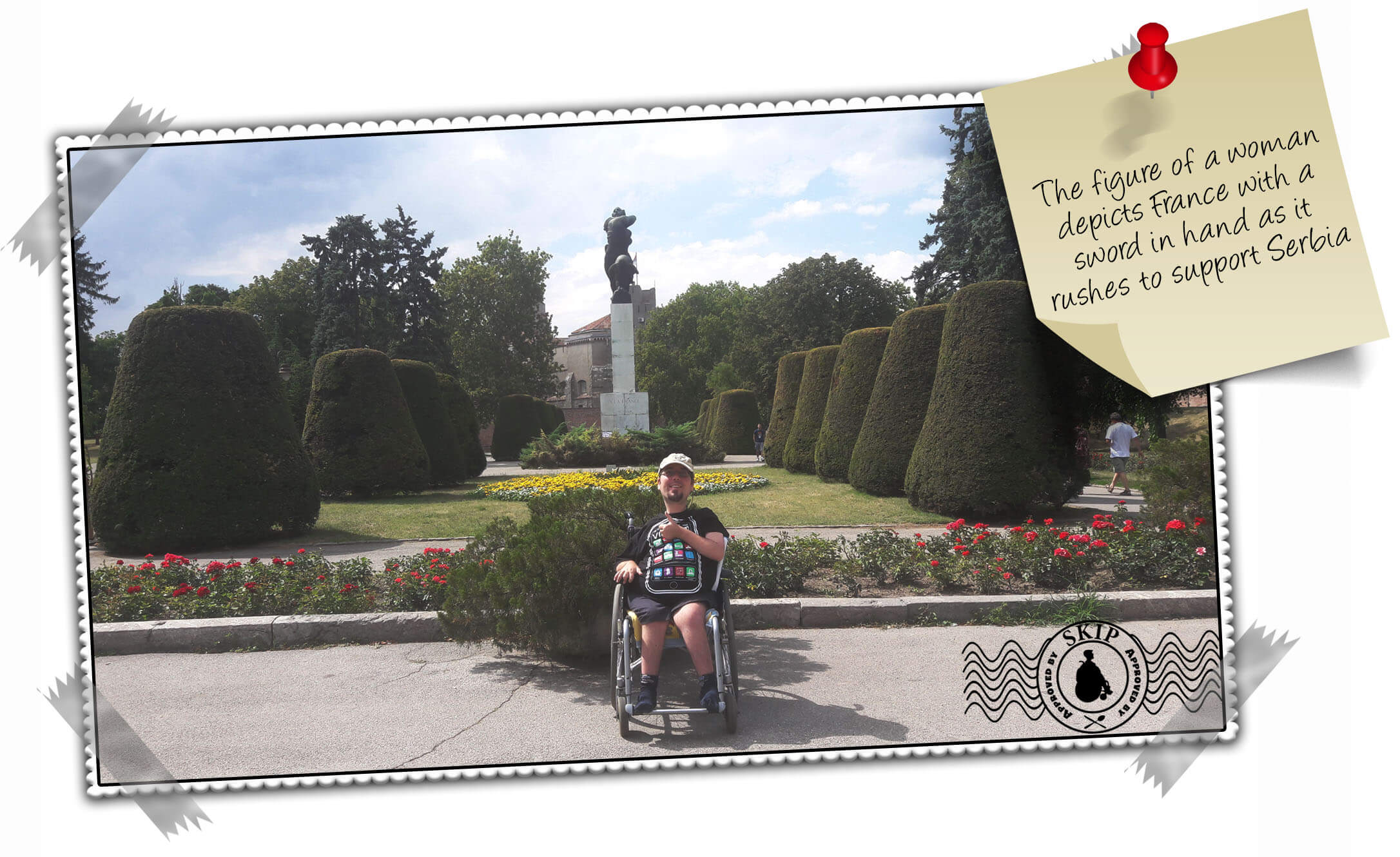 During the NATO bombing, the monument was covered with a black cloak as a sign of mourning for the ‘France’ that died that day.

To approach the Belgrade Fortress by wheelchair you need to pass through the Karadjordje Gate.

The Karadjordje Gate was named after the leader of the First Serbian Uprising Karadjordje, who through it entered the Belgrade Fortress in 1806. 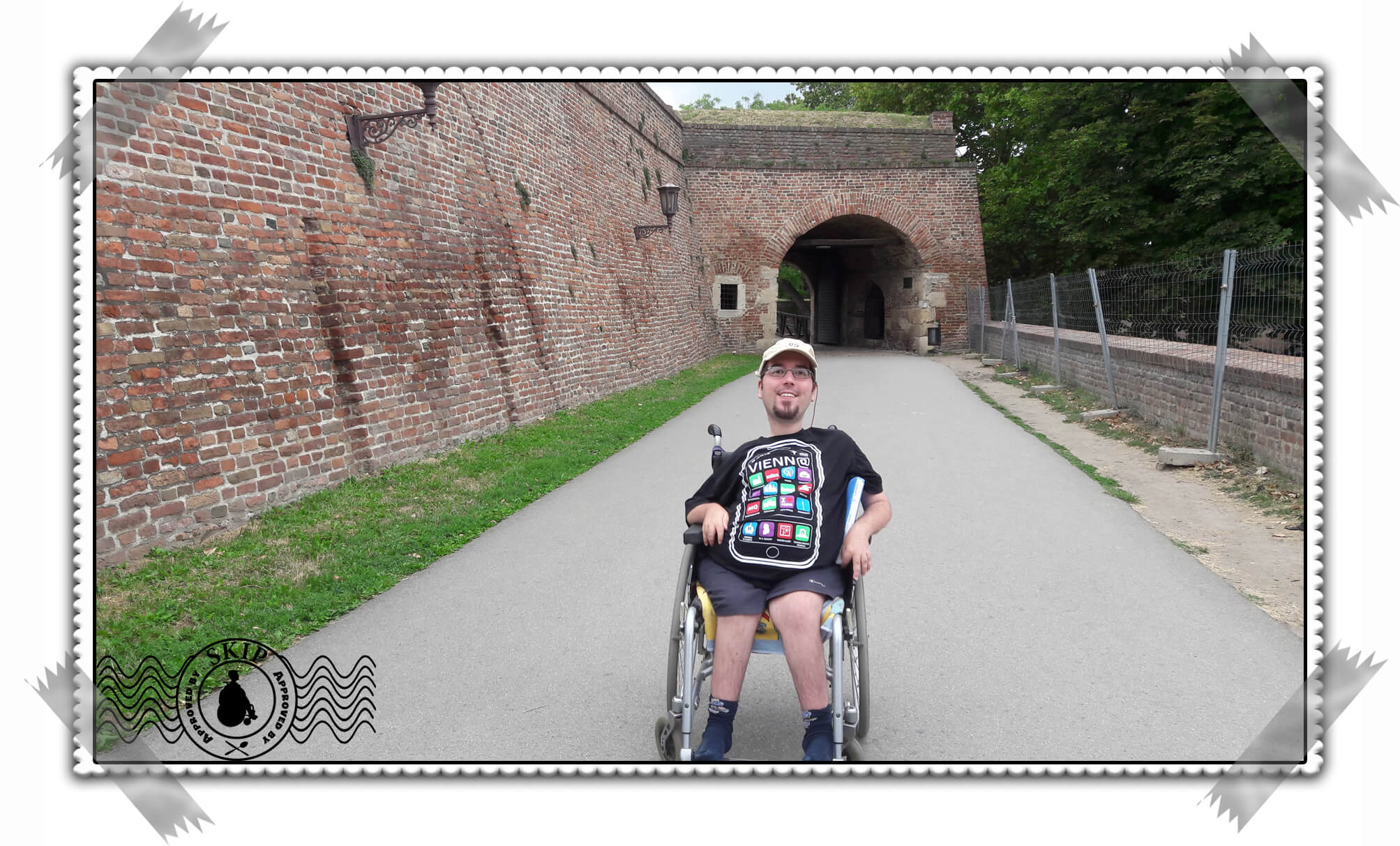 The Turks walled up the gate in 1813 to erase the trace of this for them unpleasant event. The gate was reopened only after the Second World War. 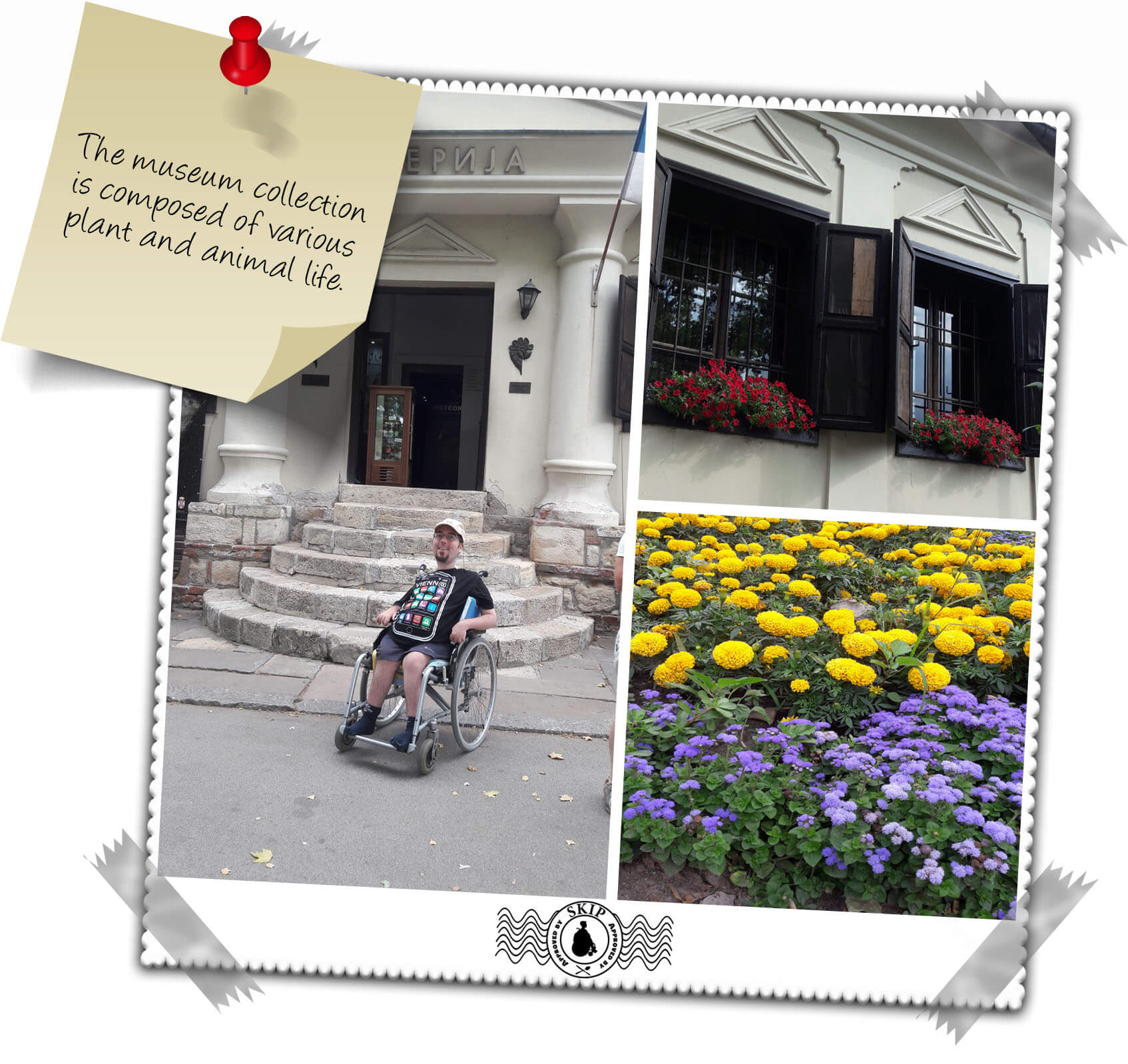 Through the Inner Stambol gate,  with the Sahat Tower you enter the Belgrade fortress…. 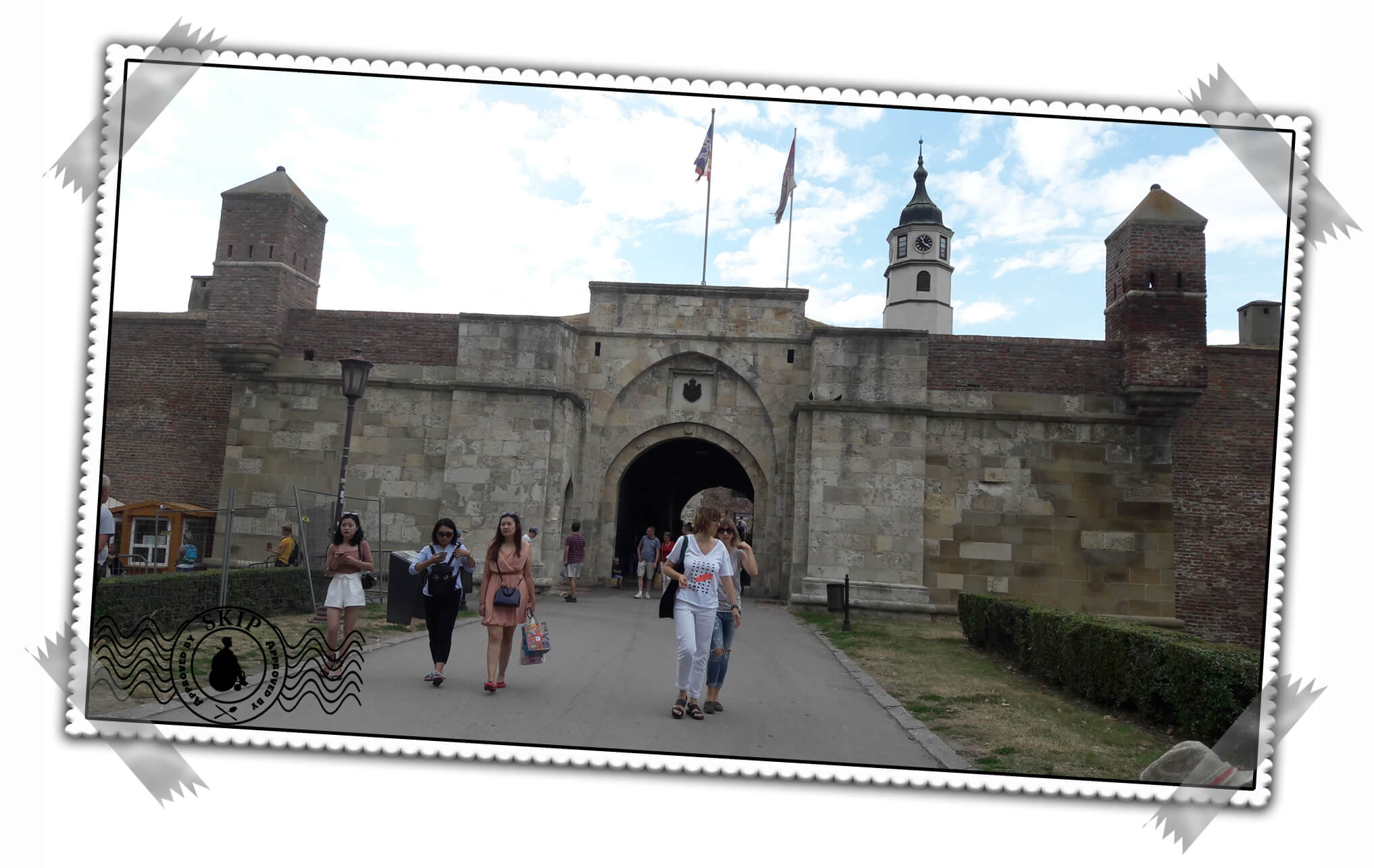 At this gate, the Turks impaled the Serbs on stake and I ended up like this….. 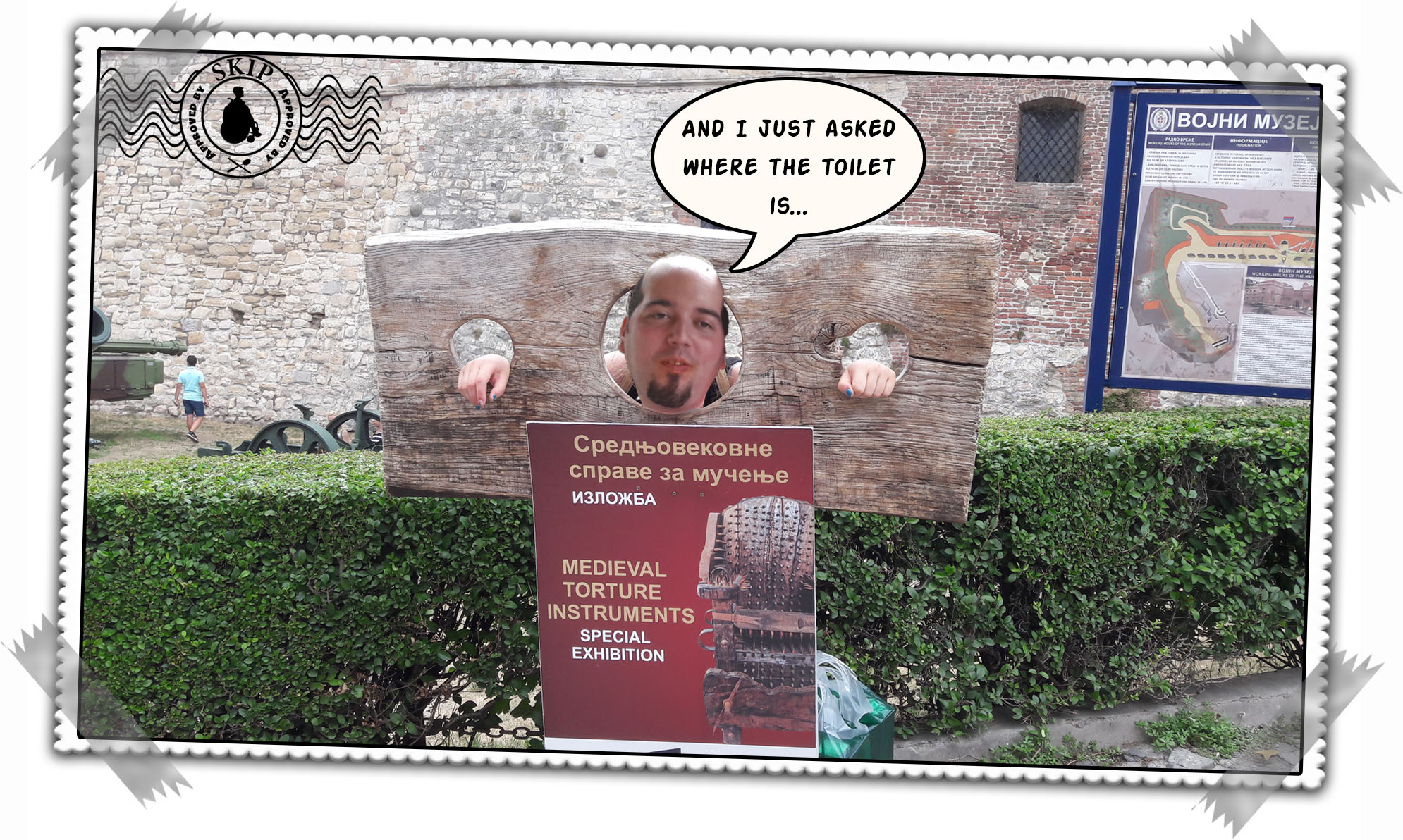 In the trenches to the left and to the right of the Inner Stambol Gate there are a large number of exhibits, cannons and tanks made in the 18th century until today, which are part of the permanent exhibition of the Military Museum in Kalemegdan, which I can’t even enter. 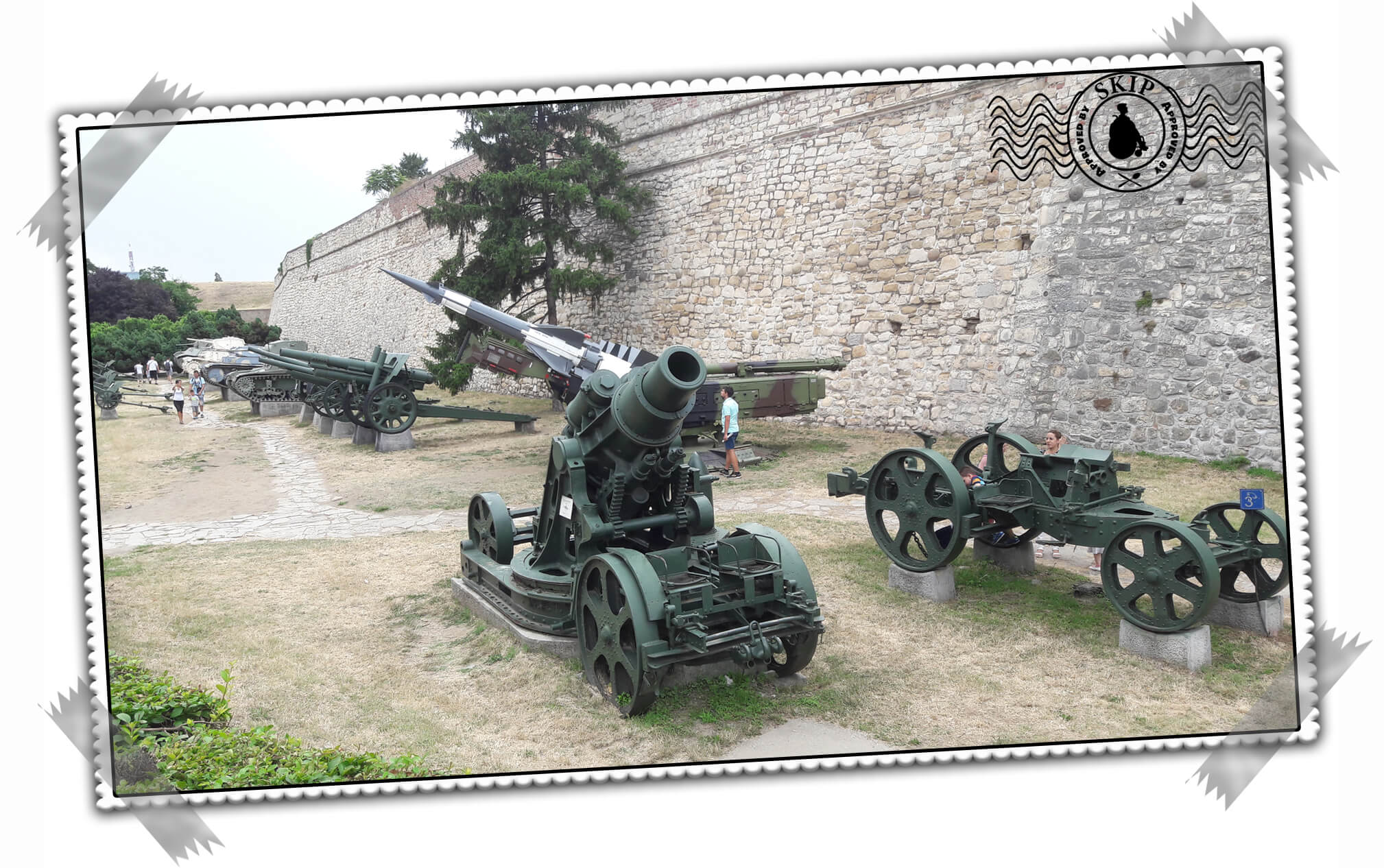 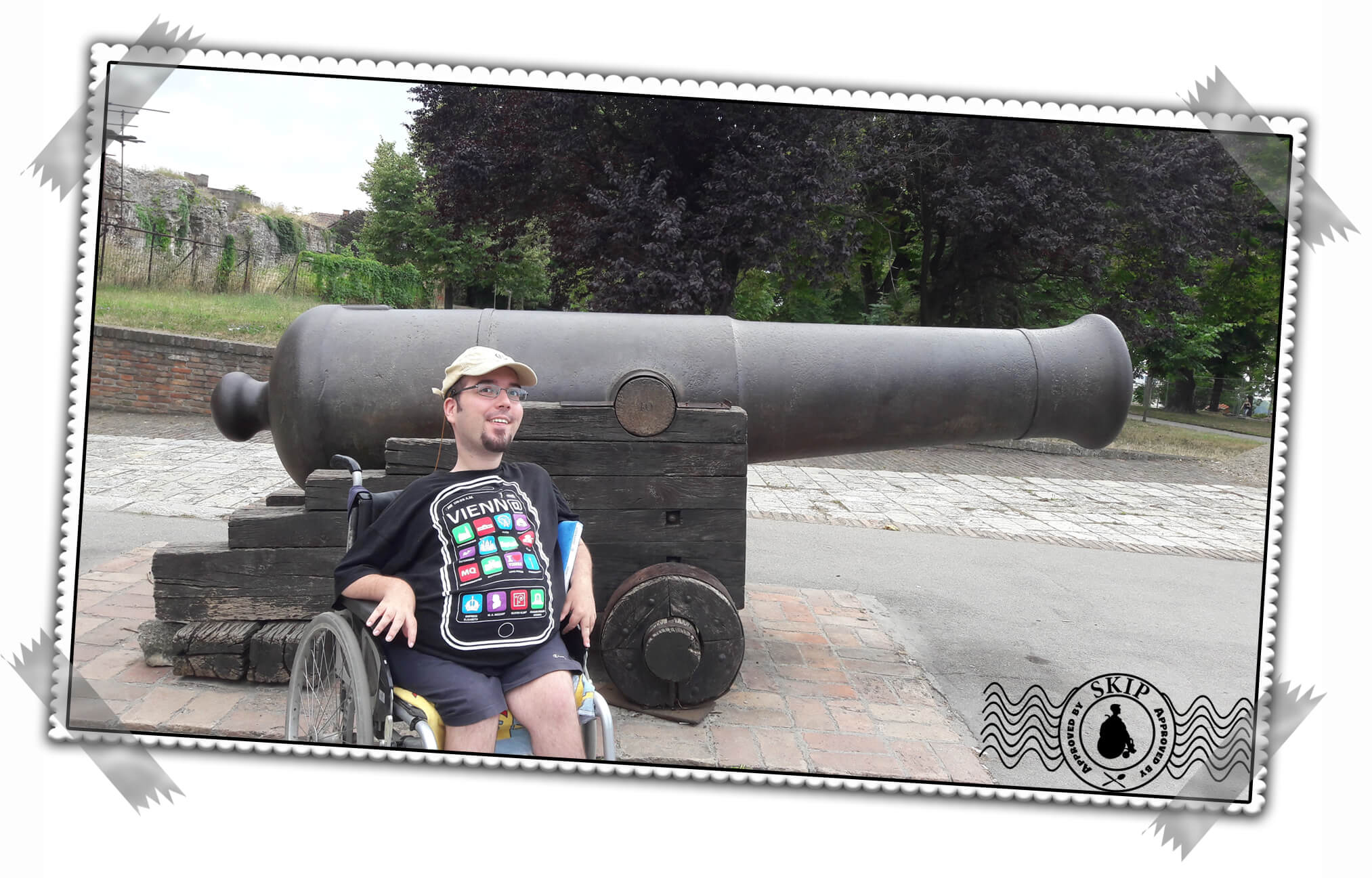 At the top of the Belgrade Fortress, the Institute for the Protection of Cultural Monuments of Belgrade is located in a building that served as a military building built in the Balkan style at the end of the XIX century. 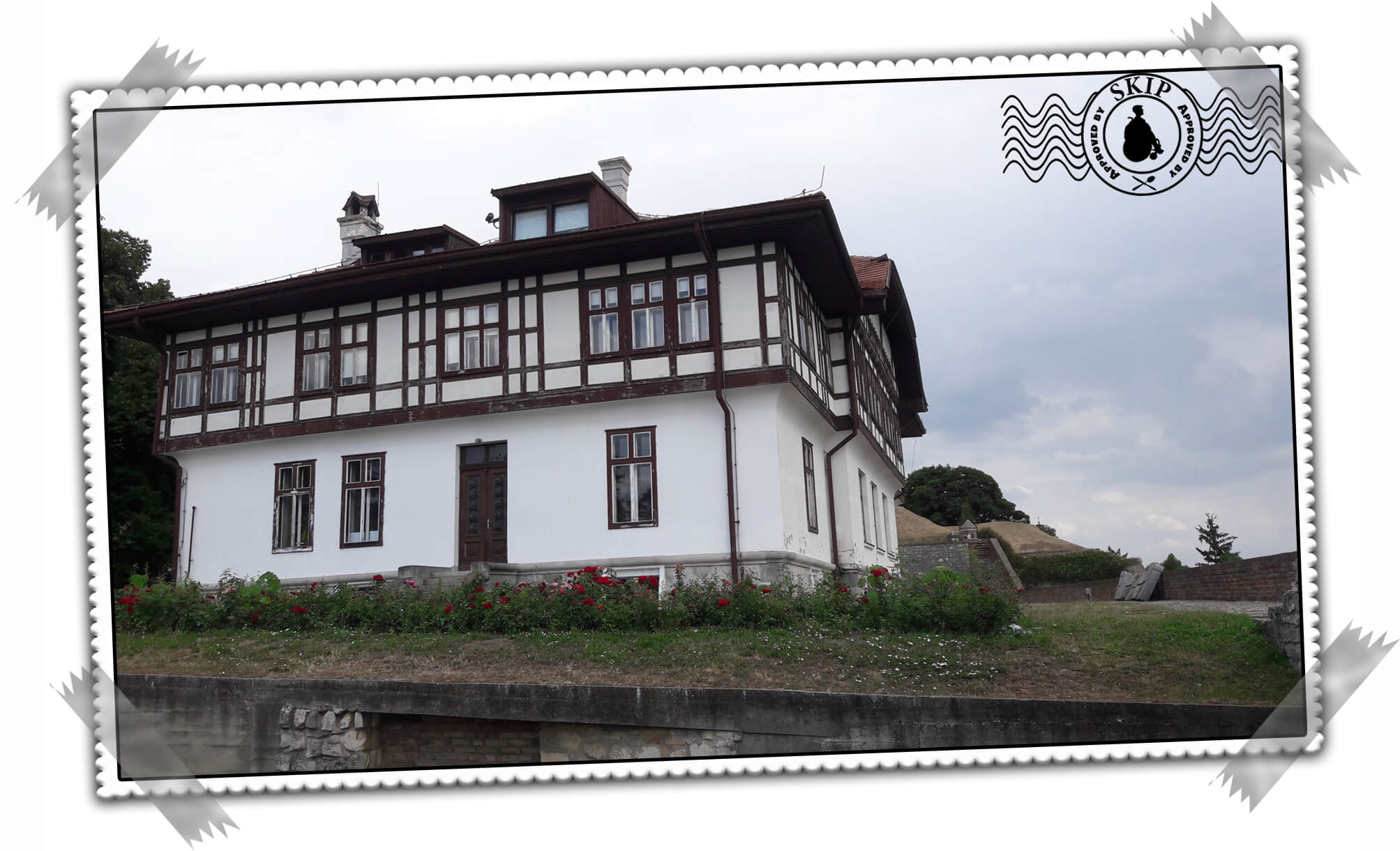 On this plateau despot Stefan Lazrevic erected the palace in a period of history when Belgrade was in Serbian hands. According to the legend, one of the Knight’s heroes advised him “to make the new city a capital city where rivers, empires and winds collide.” At that time, Belgrade is the capital of 50000 people, in which the influence of Byzantine culture and European humanism is intertwined. The palace was later ruined in one of the wars and the only proof of it’s  existence is the Nebojša Tower in the lower town. 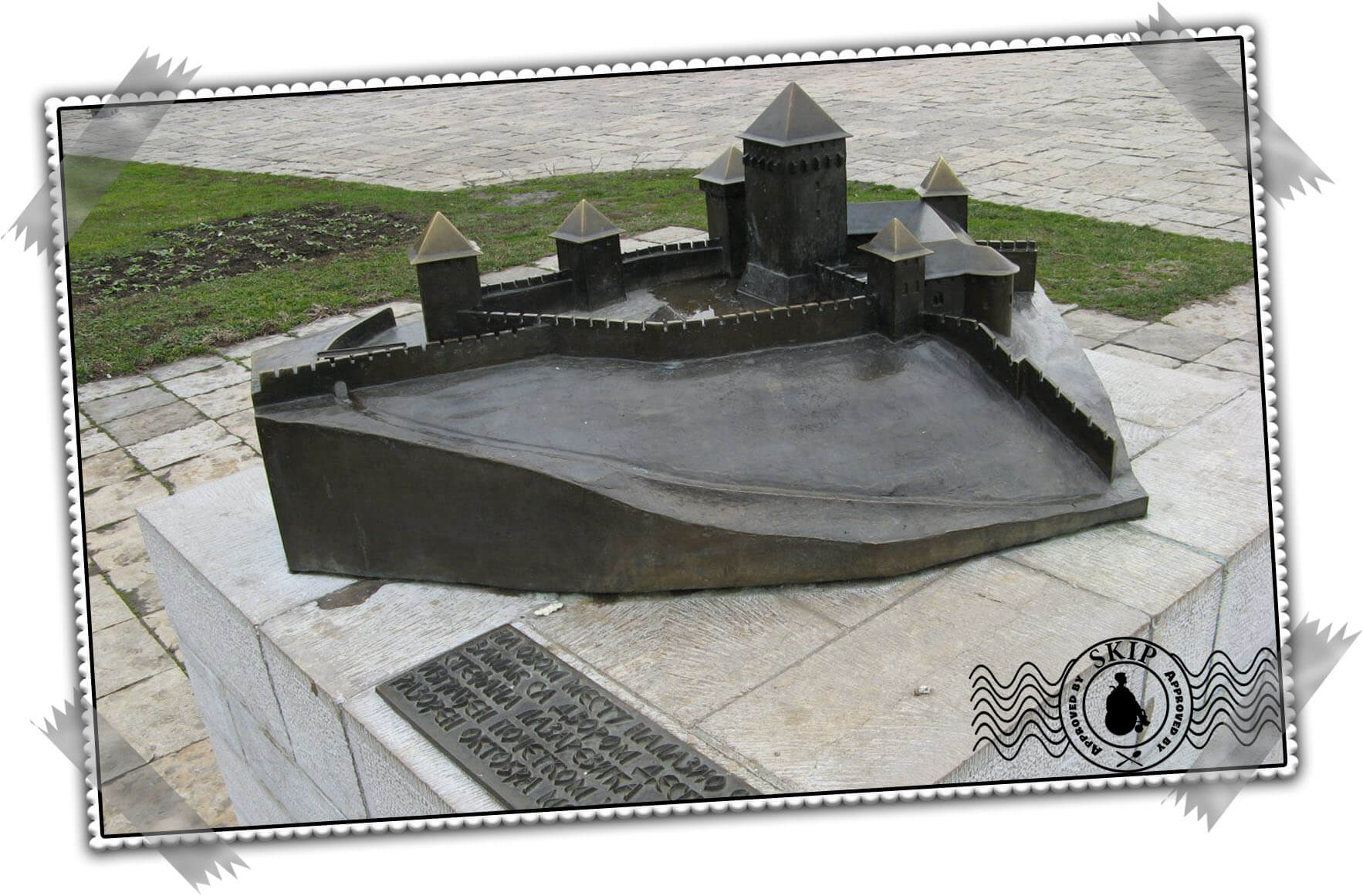 On the most beautiful viewpoint in the fortress is the sculpture of the Victor in honor of the 10th anniversary of the breakthrough of the Thessaloniki Front and is only a part of the composition that has never been completed. 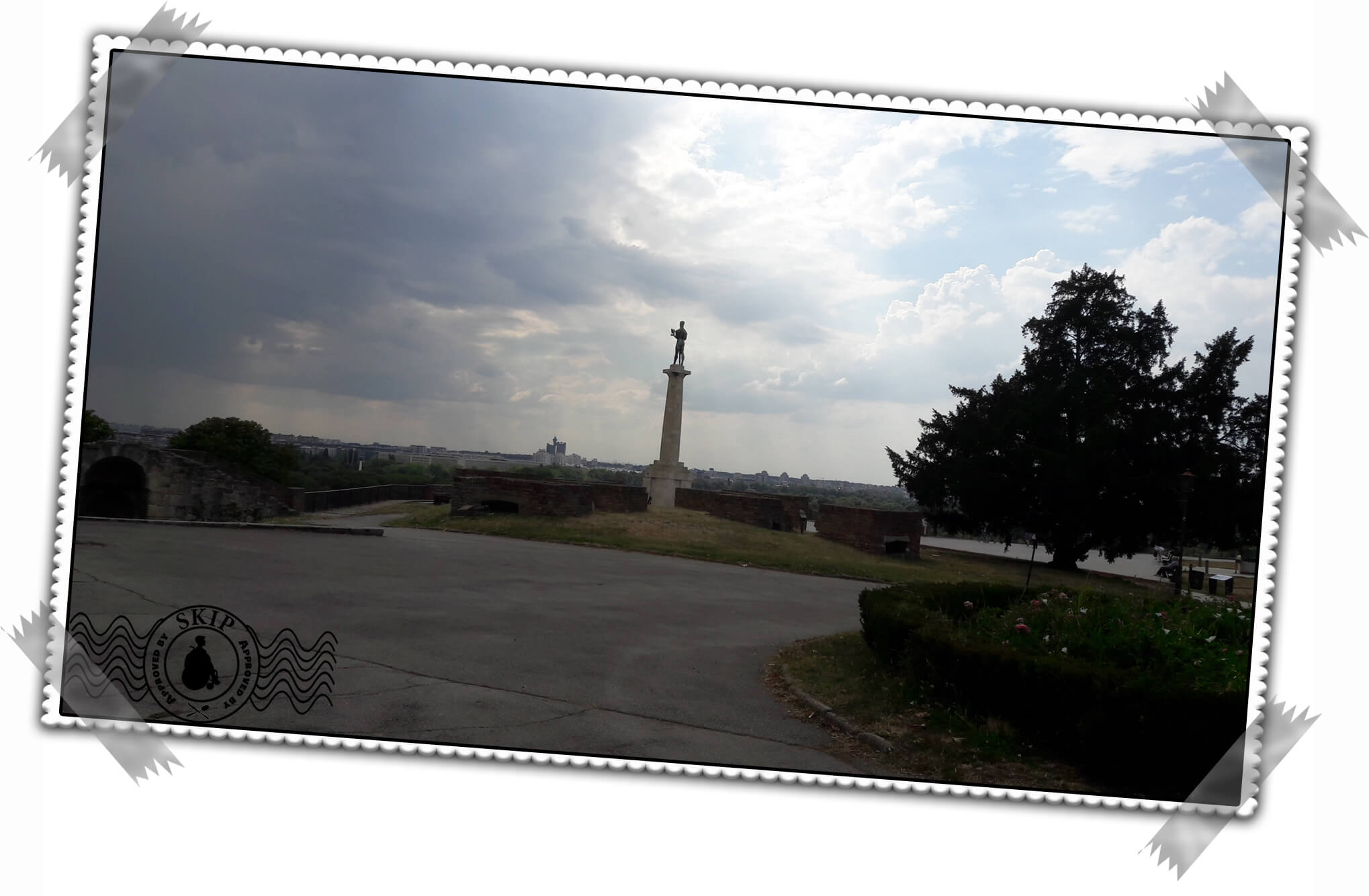 It was supposed to stand on Terazije, but the public’s resistance was big for the nude male figure, so the sculpture was placed in it’s present place, at a height of 17.5 m “not to be seen better, but to be seen as little as possible” according to Politika’s writing. There was a suggestion that, as it was nude, to be put in a pool. The Serbian public could hardly be identified with the Victor, it was considered to be more like the old greek sculptures than a Serbian hero. There are many funny speculations for why the Victor is turned with his front to the enemy. 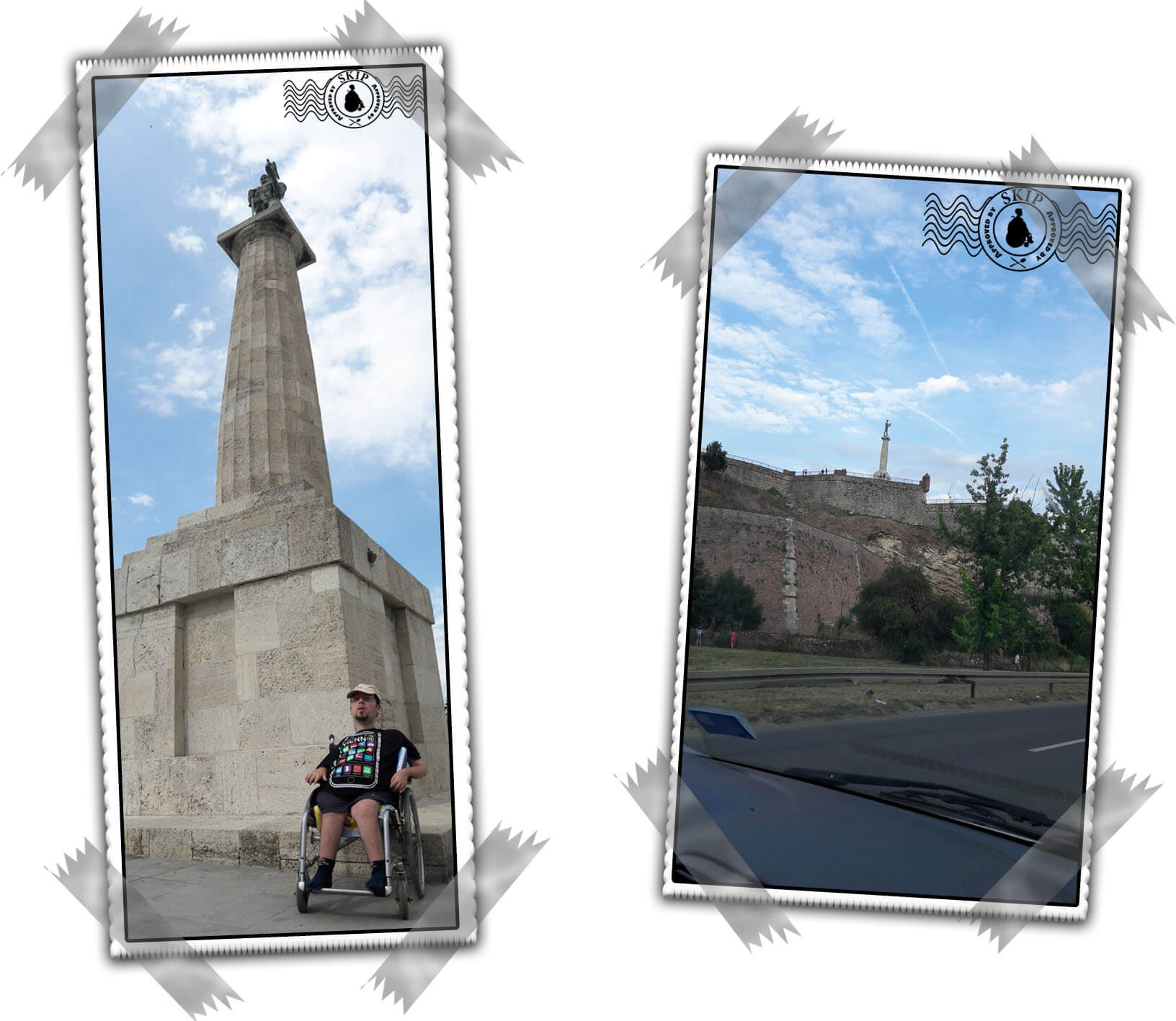 One interpretation says that it’s masculinity is turned towards Vienna, while the backside is directed towards the Pasha’s Konak.

Despot’s Gate was built in the 15th century, once the main entrance to the fort was right here. Today, in the tower, an astronomical observatory is located, from where ,when it’s a cloudless night, stars can be observed on Friday and Saturday. 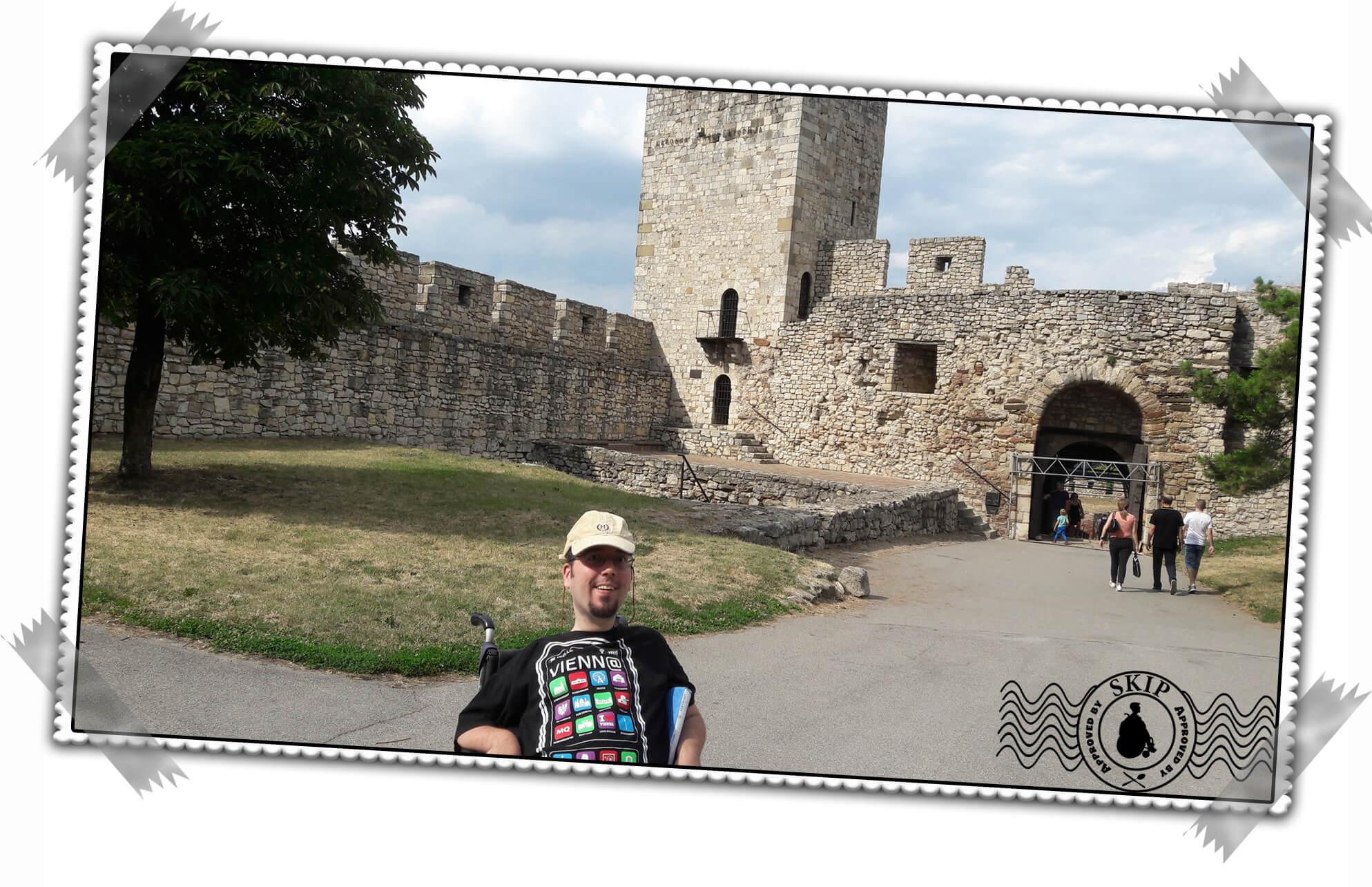 From the Kalemegdan walls you can reache down to the Lower Town that has its own places to see, but the Turkish cobblestone is an insurmountable problem for me. The Nebojsa Tower dominates the Lower Town, in the 18th century, it was turned into a prison where the Greek poet Riga from Fera was later imprisoned and killed. 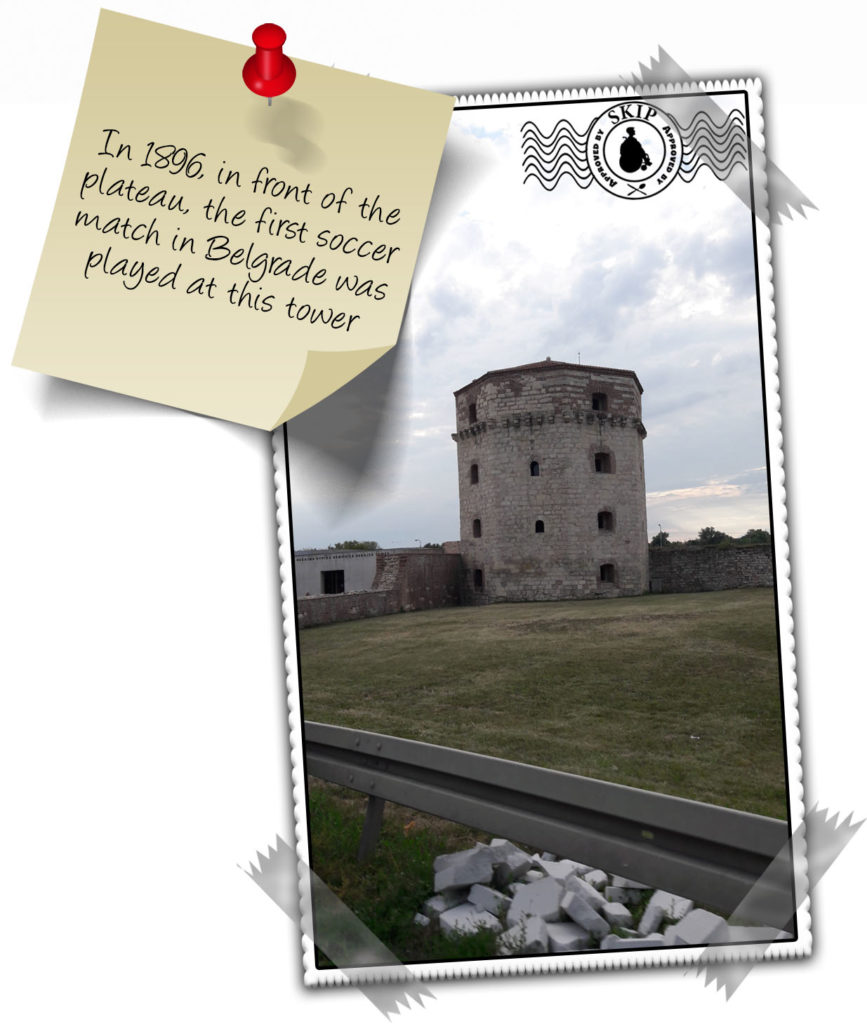 And in the end, to follow the rules of another great army officer who also fought with the Turks in Kalemegdan, a good soldier must not have a family, he always has to have a handful of wheat not to remain hungry, and in the battle he always goes with a significant follow-up of wine and brandy. I’ve adapted these rules to myself: ten with onions and a sudžuk  in Dušanova street with beer. 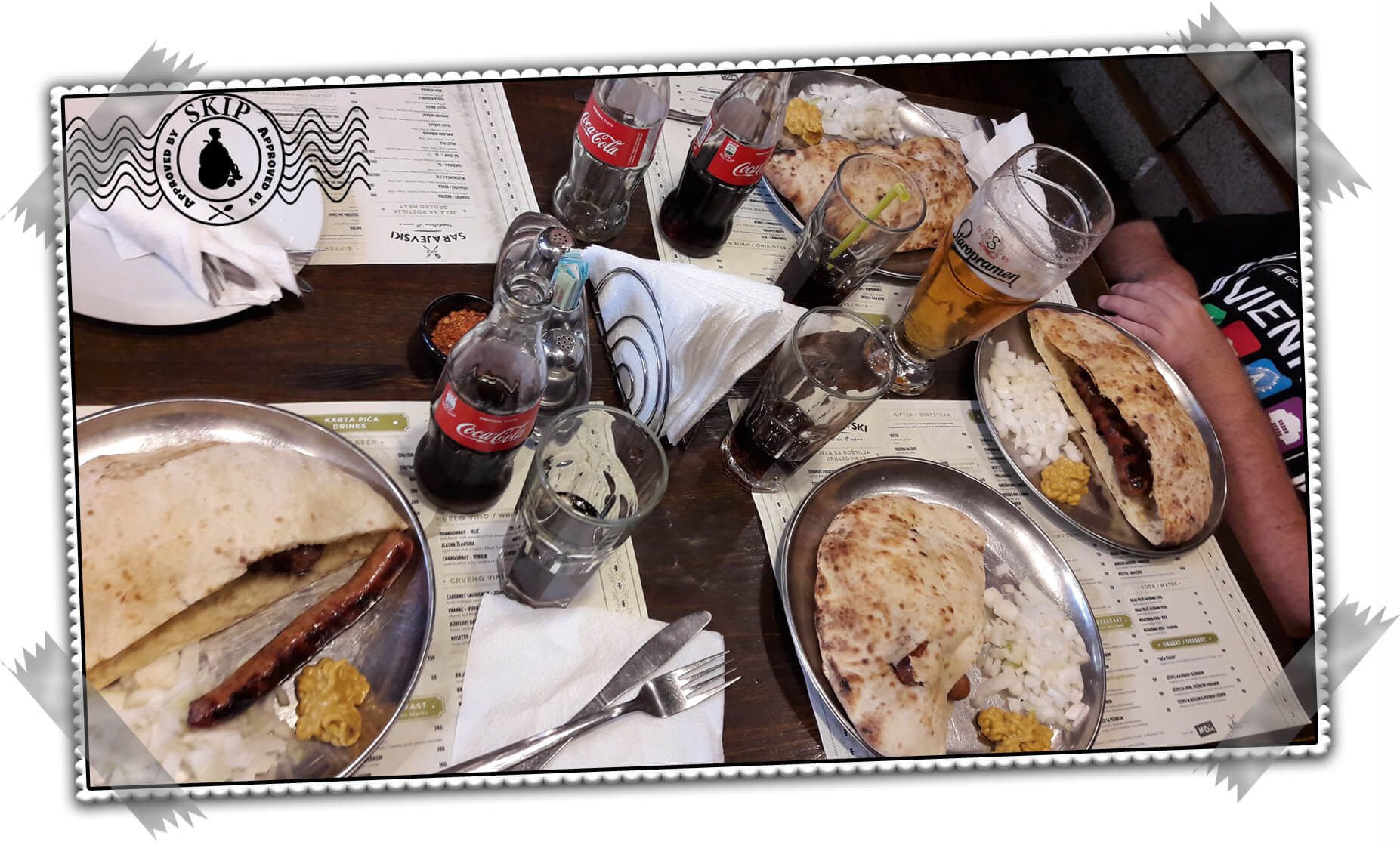 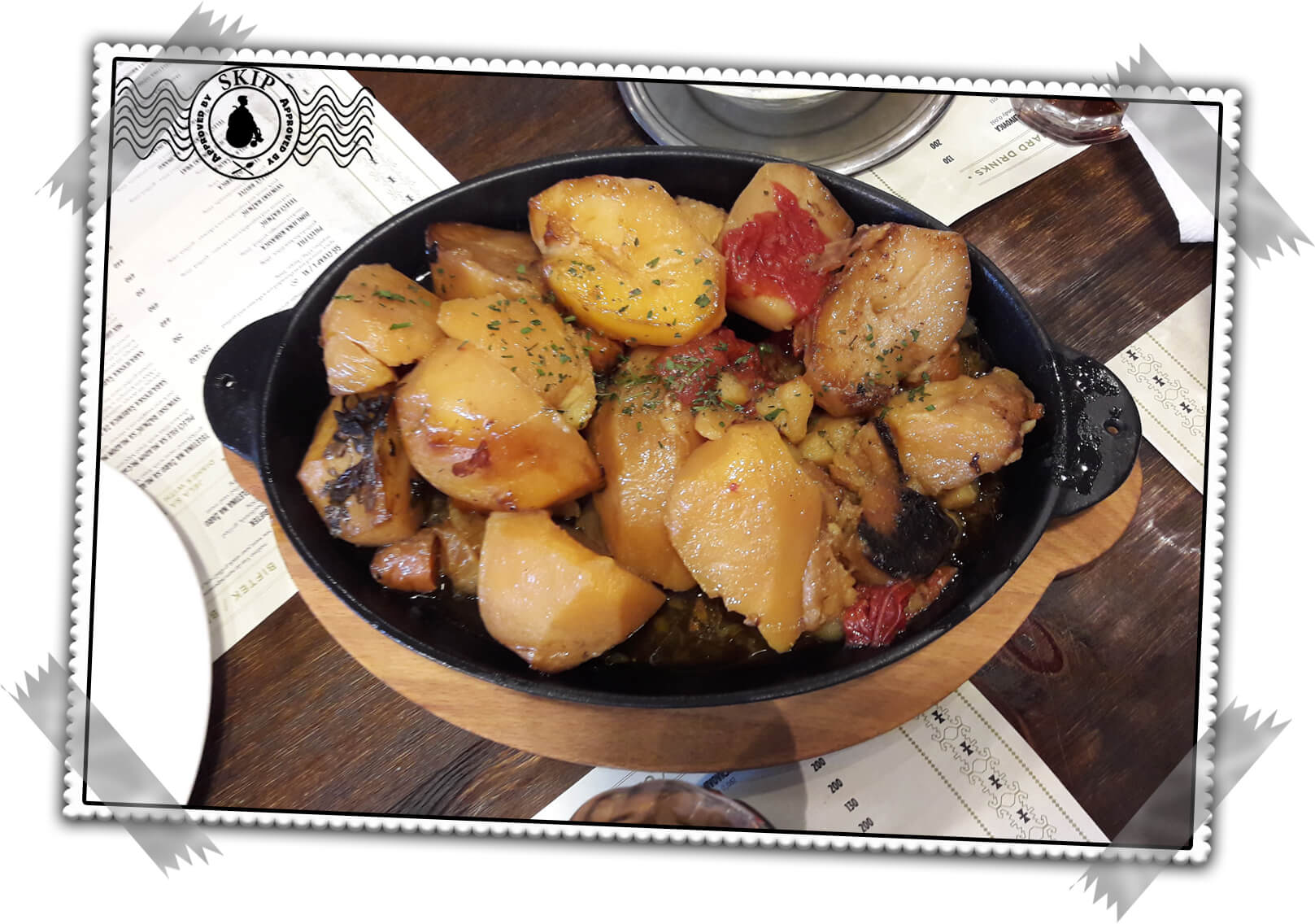 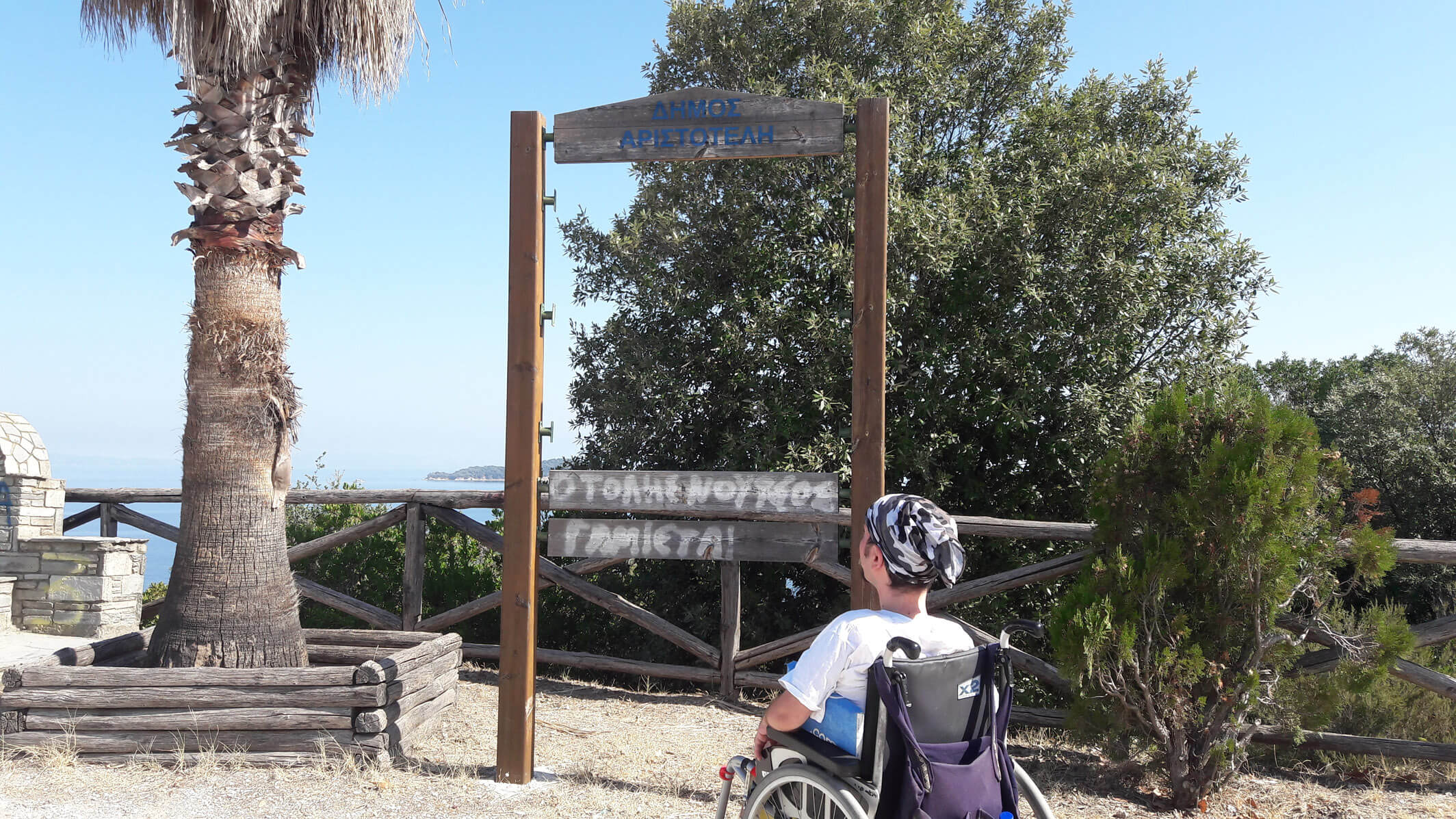 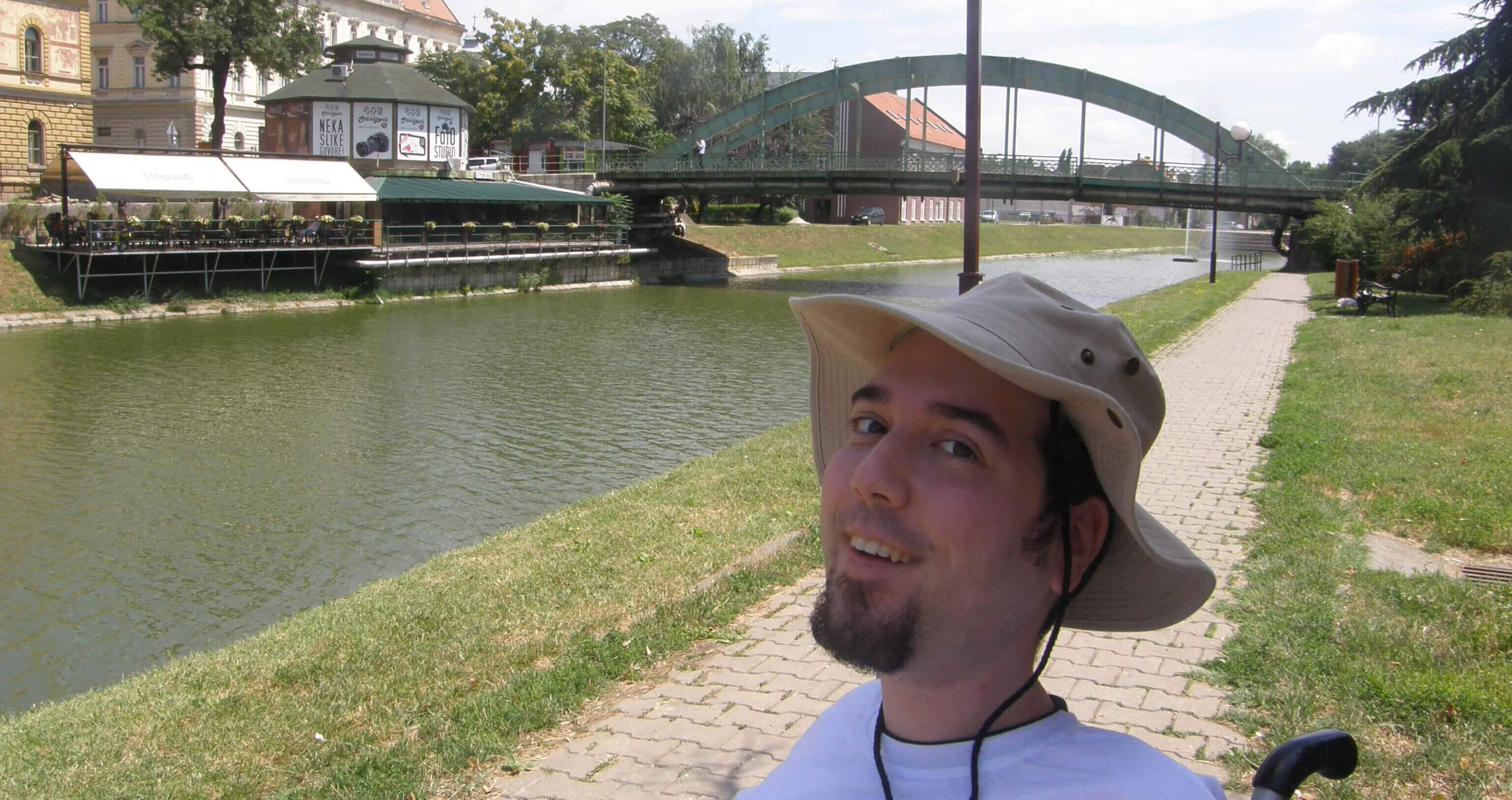 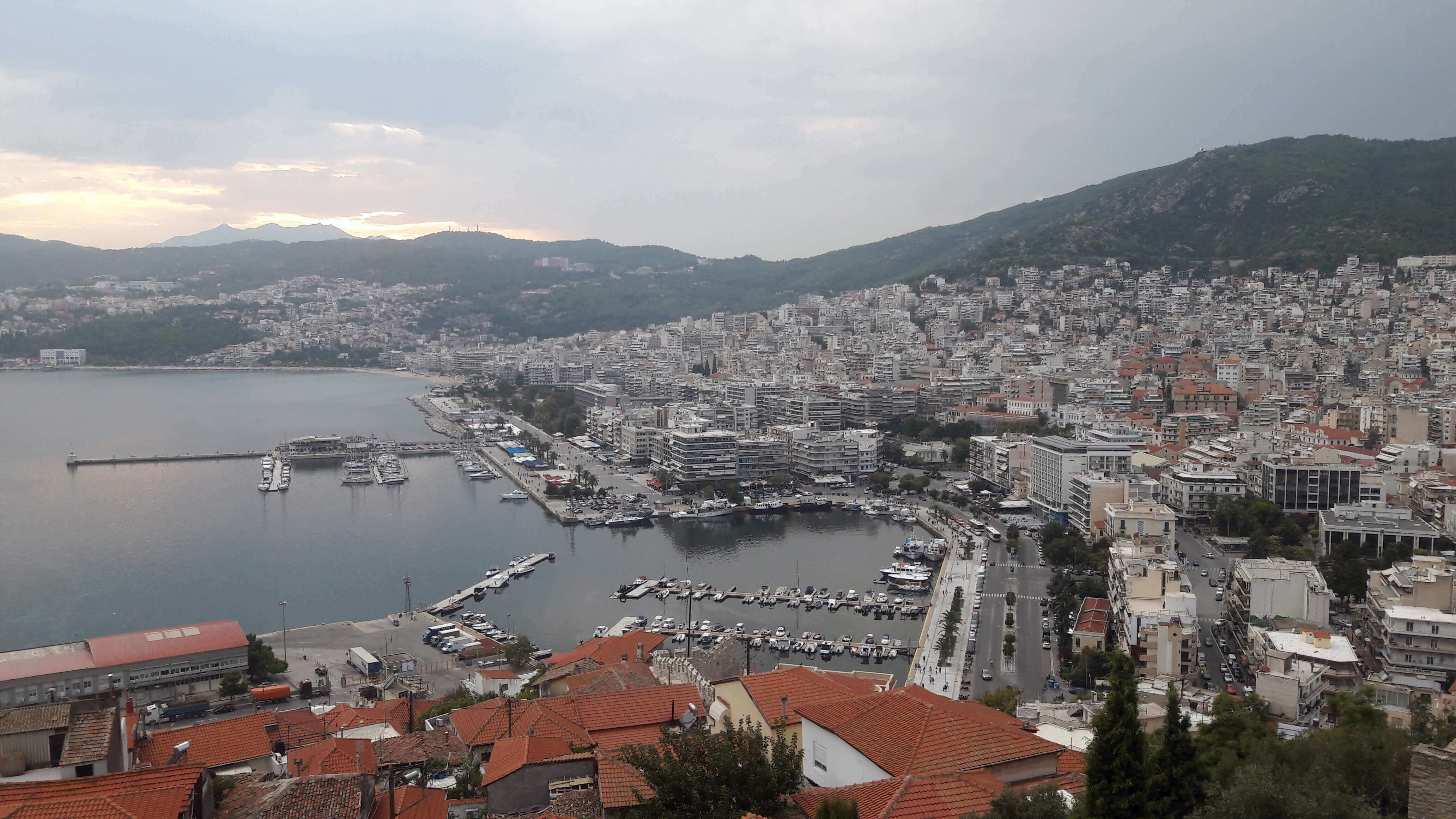