Whenever I try to go somewhere my advantage is that I can do it on a working day. I’m not tied to the weekend, so all the places I visit are even more beautiful than when it’s crowded…

There are lots of things to see, but I can’t get out of the van so often, so I decide in advance what I want to see and do it in the row same way. So I did it this time now. In the main street are the Nikolajevska church and downtown is the gallery of  Sava Sumanovica. 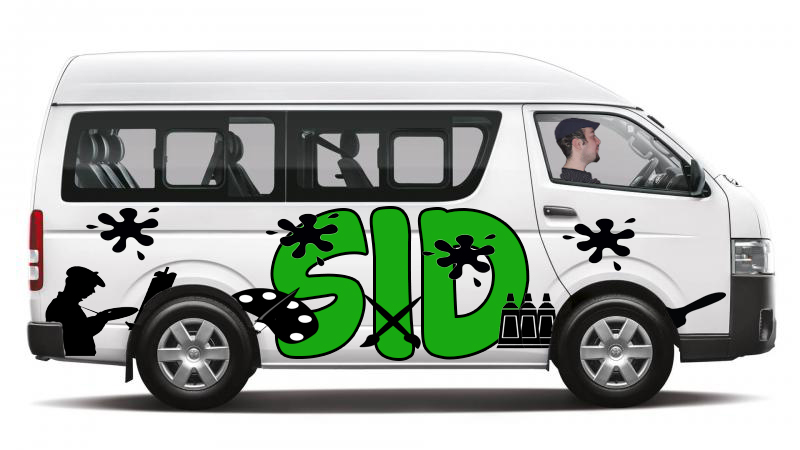 Sid has forests, rivers, lakes, and there is also a Roman sarcophagus that says Sid is older than we thought. Today’s Sid was formed at the end of the 17th and the beginning of the 18th century. There are many legends associated with the name Sid. In one name it comes from a river SITA which means a bush which grew next to the settlement, then the Hungarian river HID that signifies the bridge over the stream and most likely the name is from the German word SCHEID which means the border because it was on the border of that time. When the Cyrillic letter is converted to this word, Sid got its name and in 1773 Empress Maria Theresa granted to the town Sid the status of a city.
Sid also had a famous artist Sava Sumanovic. Sava spent his childhood here and also the last decade of his life. Thanks to his mother, Persida, who made an agreement with the city to establish a memorial collection, today we can enjoy the pictures of one of the greatest Serbian painters. 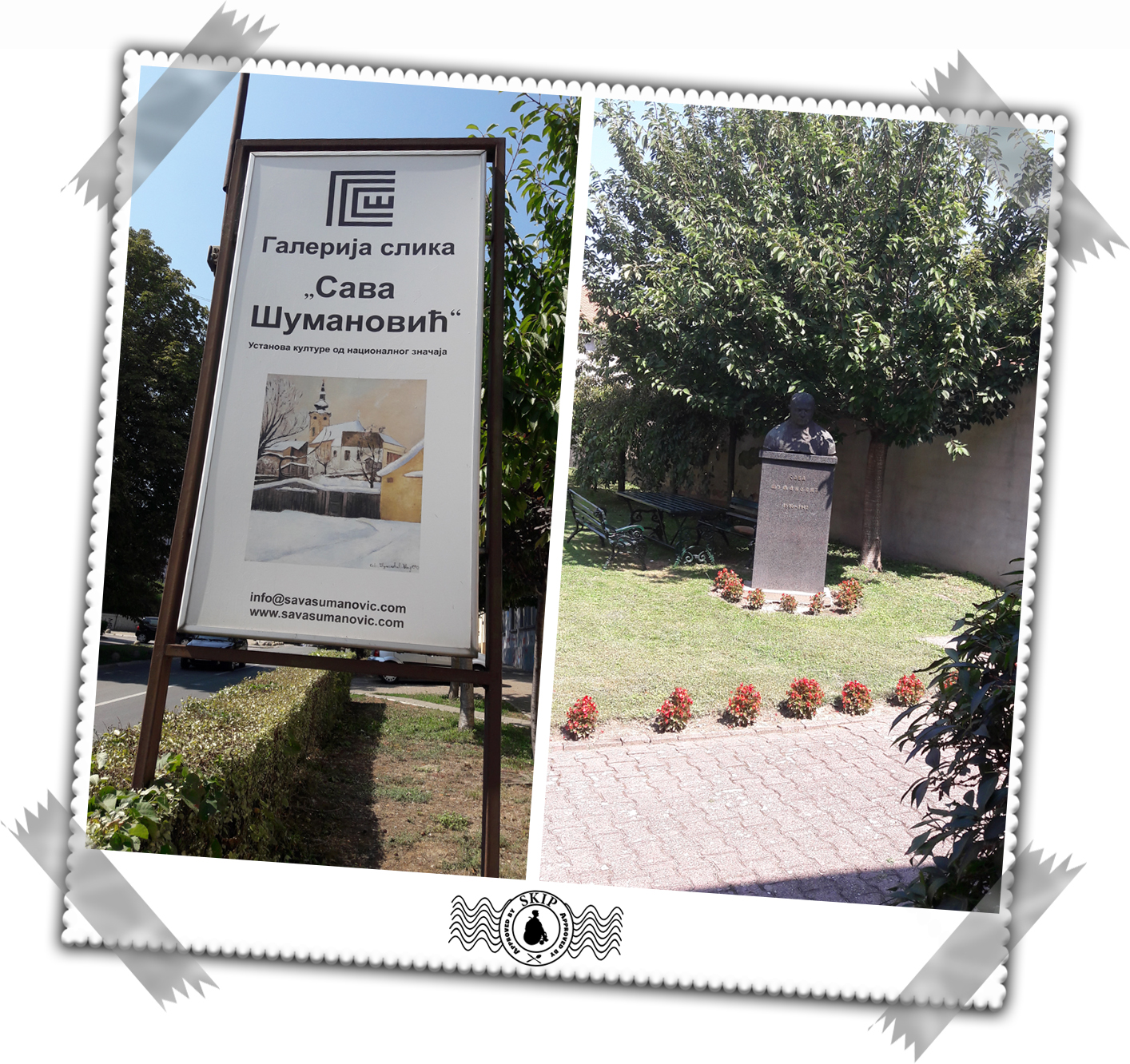 The gallery is accessible for people with disabilities in one part in the other, we tried hard but it was worth it 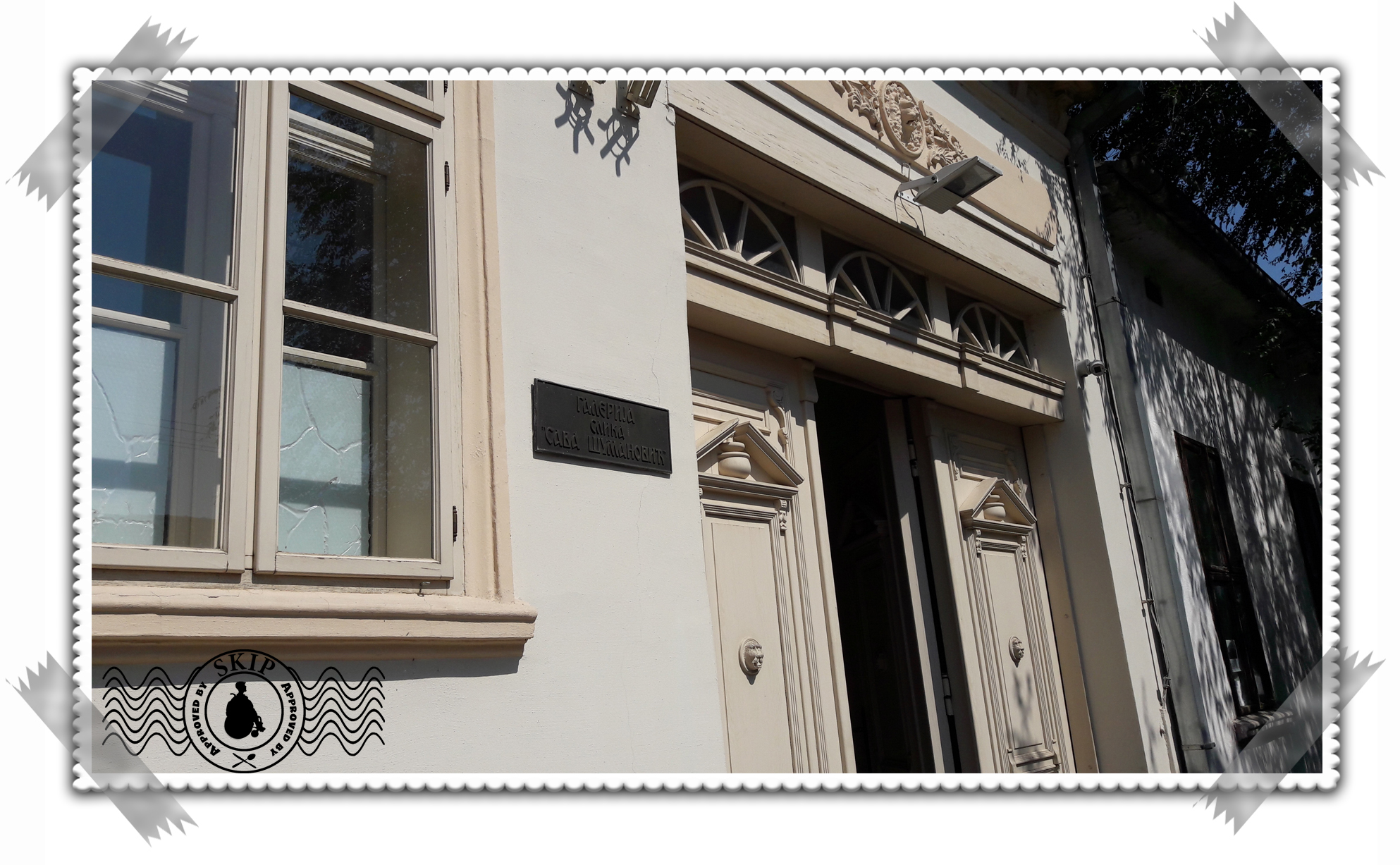 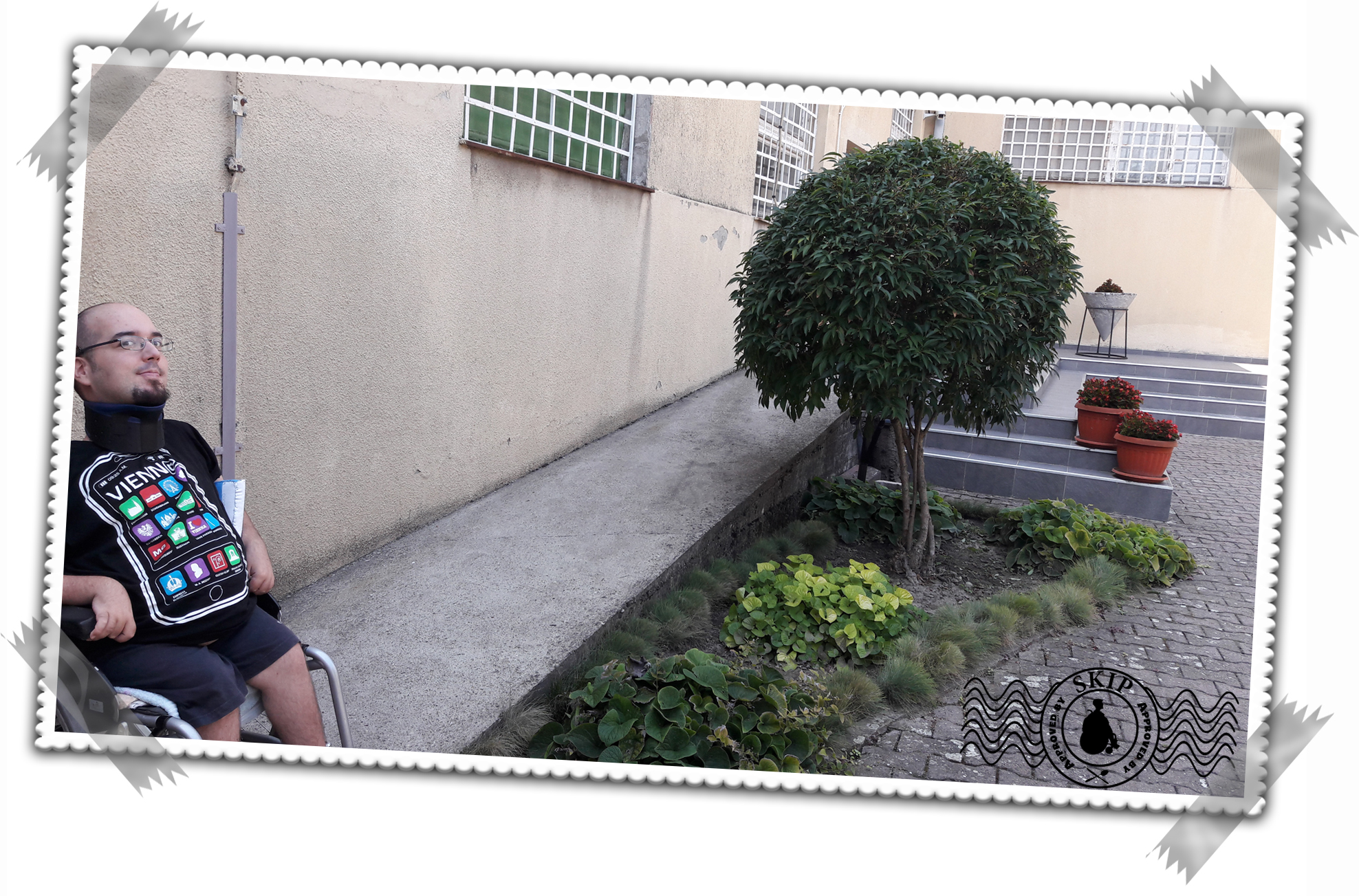 Sava Sumanovic already knew from an early age that he would be a painter, but his father had other plans. 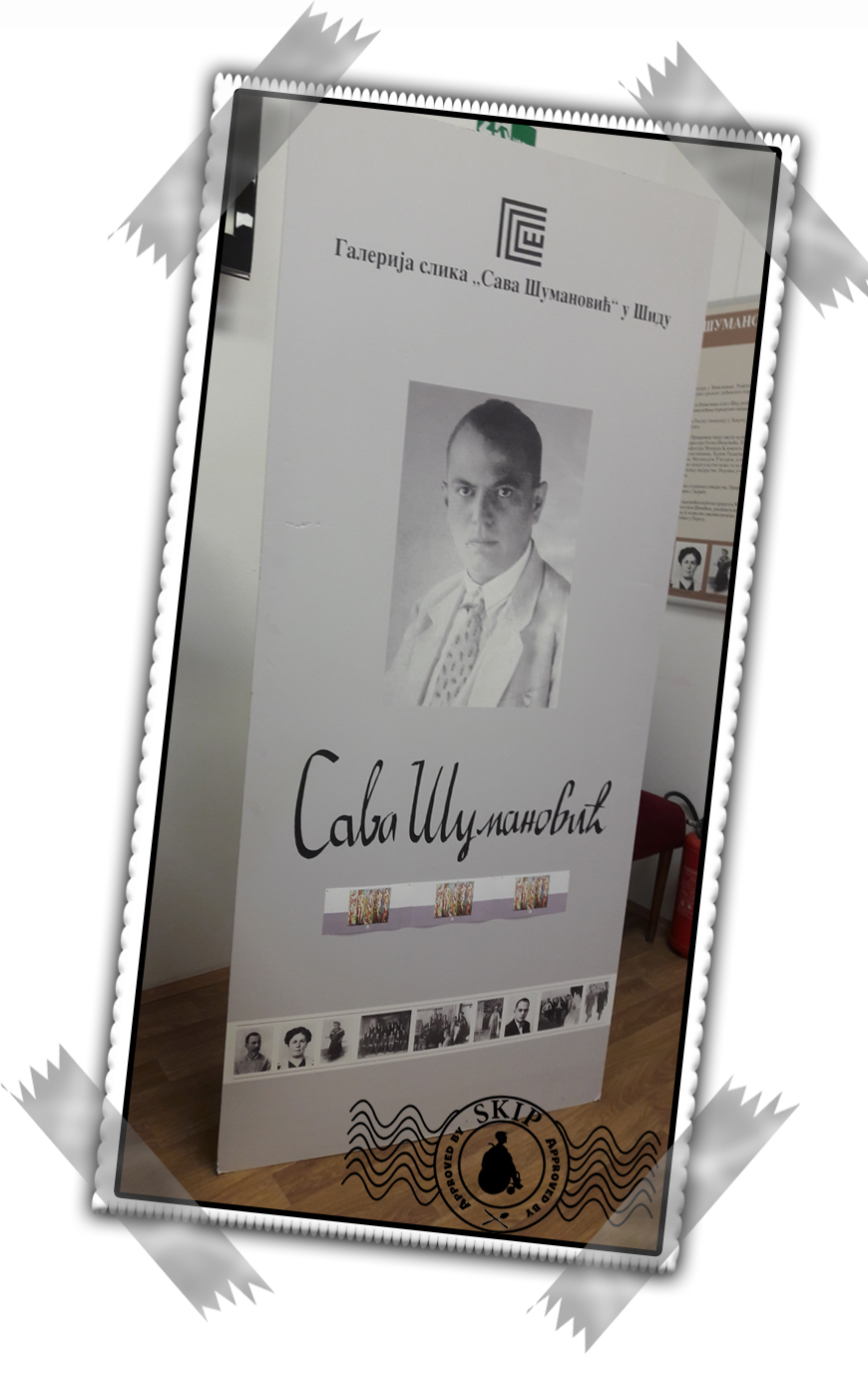 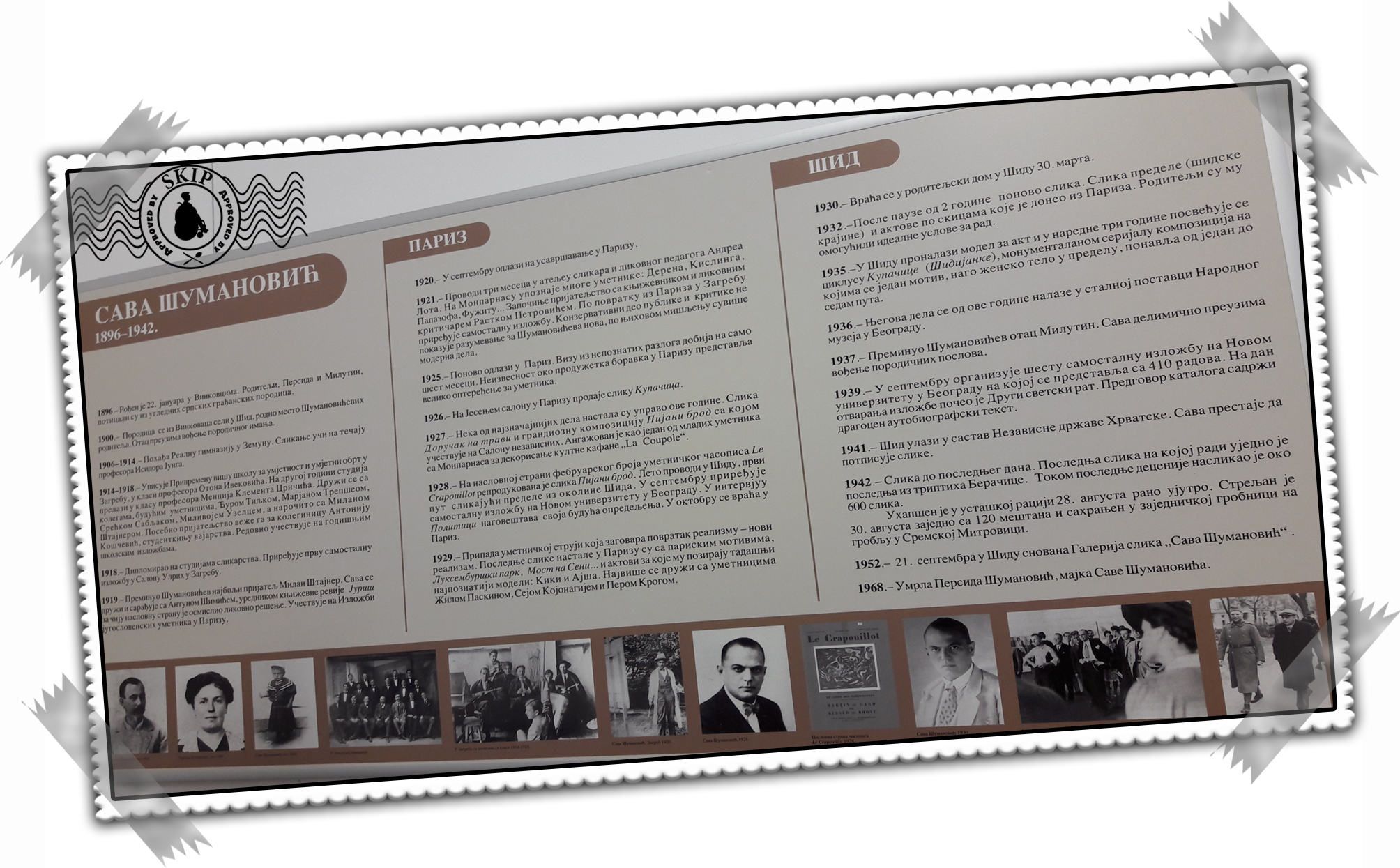 Thanks  to the diplomatic skill of his mother, he first appeared in Zagreb and then, after the first exhibition, he came to Paris. 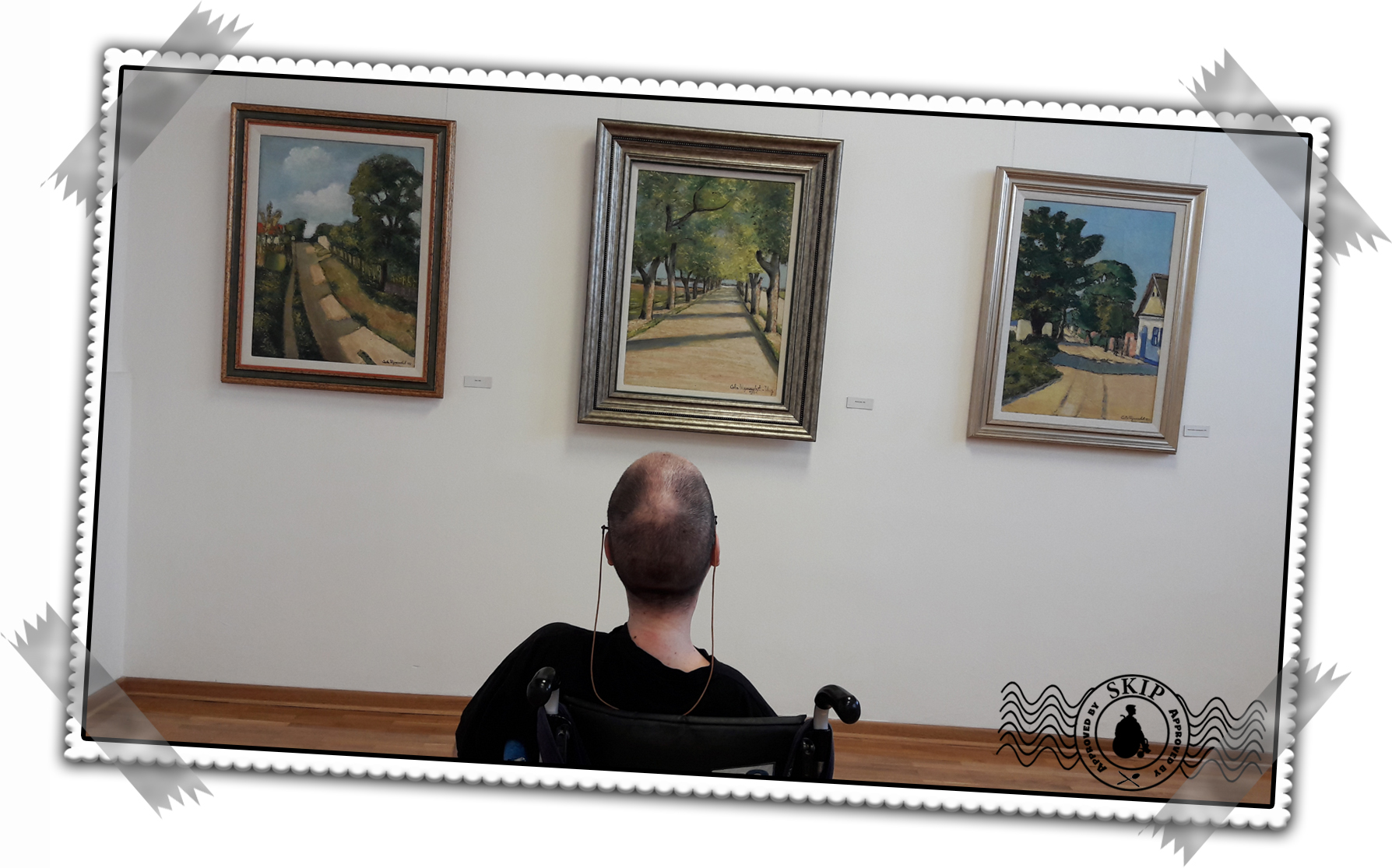 There, Sava returned several times. Although he was a great francophil, he was not always welcomed there.,. Once he was denied a visa, and in his thirties, as a well-formed painter, he had to apply as a pupil in order to stay in the city. He was hardworking  and trying to find and build his own style. In this period, the famous Drunk Ship was created for only seven days and nights., certainly one of the most important in the collection, ship , oil on the cardboard from 1927. 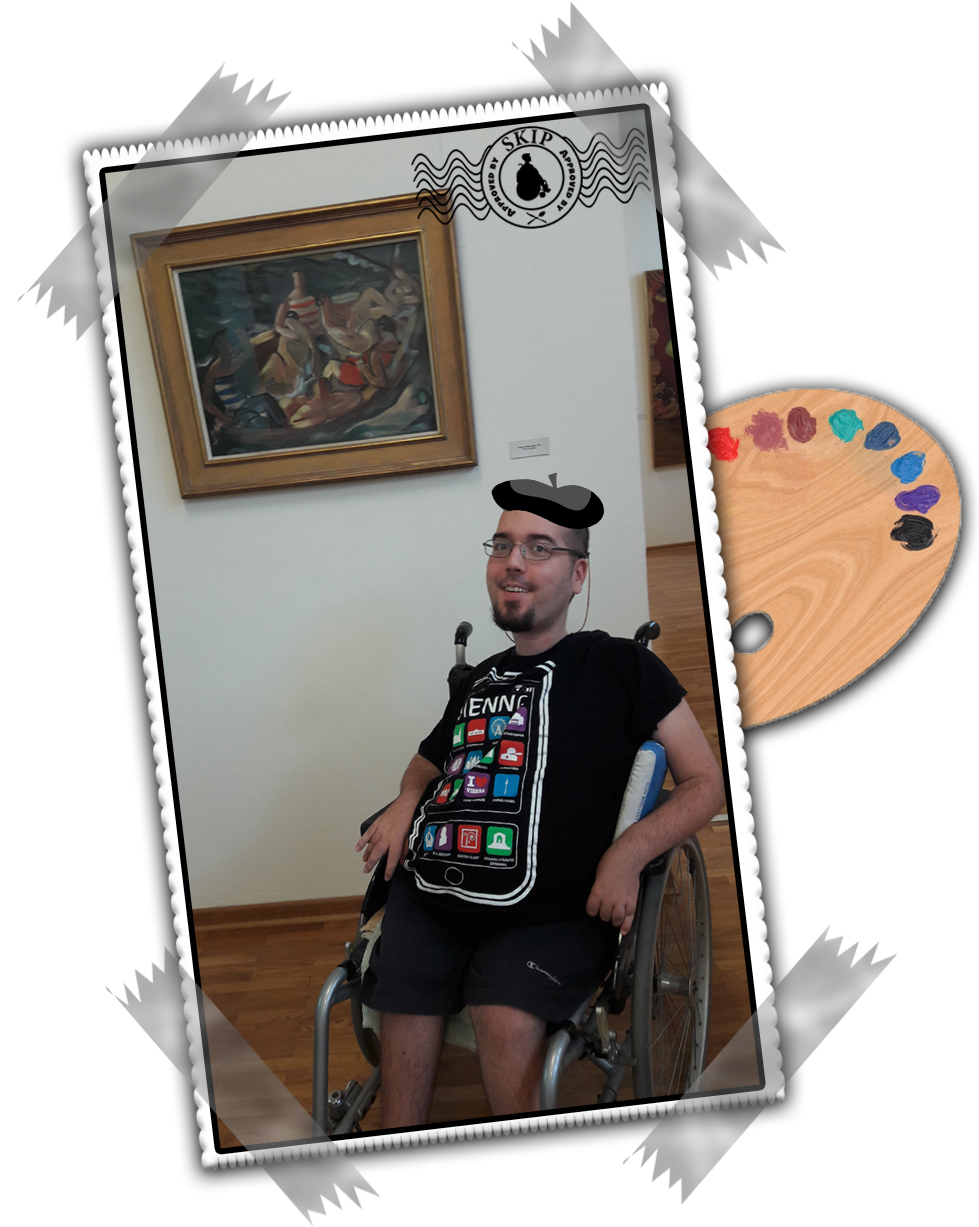 The difficult conditions of work, as well as a number of personal reasons, the death of his father, caused his mother Persida to bring him home. Then some of the most well known Sava paintings were created according to expert’s terms. 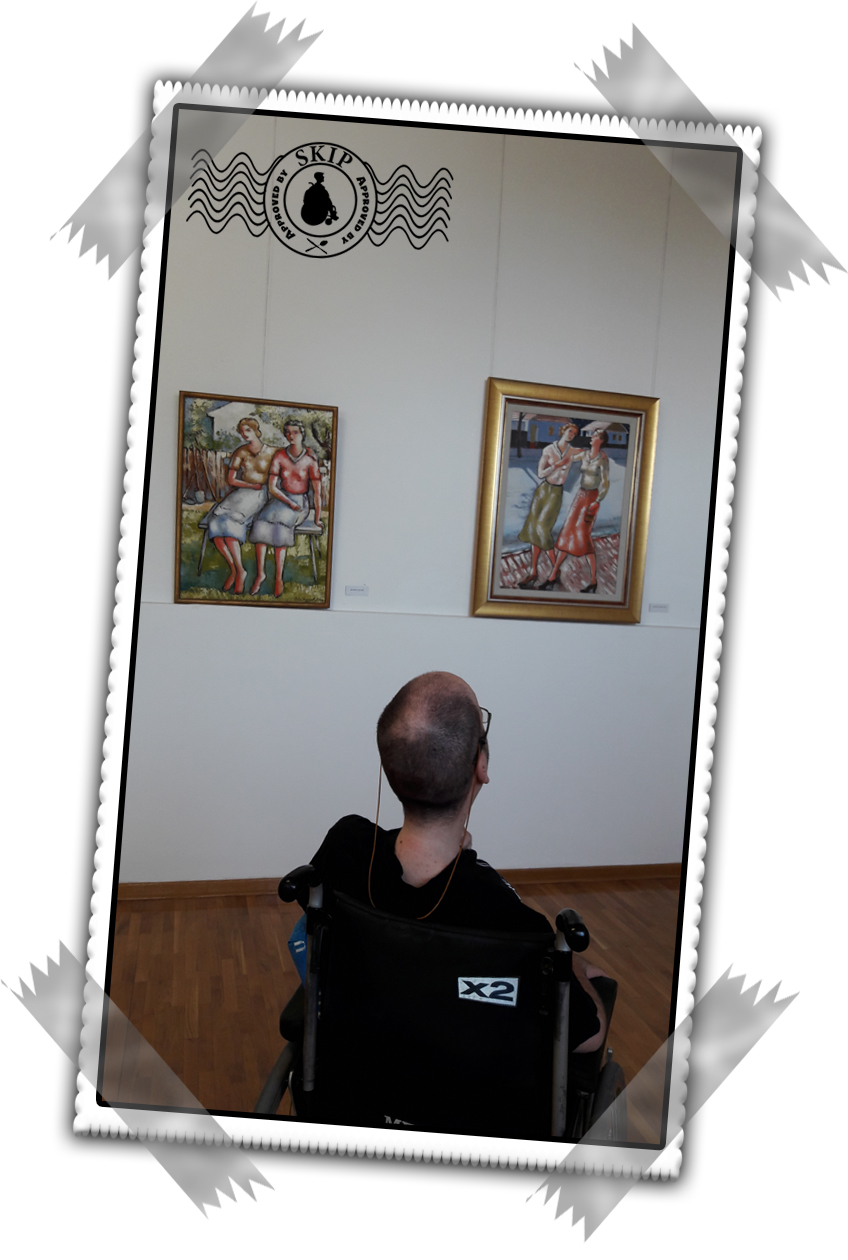 Sava finds inspiration in his environment, he tirelessly rode a carriage and observed his surroundings. According to the experts, he found his style, no longer painted with a brush, but with a painted blade, lines were lost in dense paint applications.

“The cycle of the Sidijanka was first exhibited and fully displayed at the sixth solo exhibition in Belgrade in 1939. The cycle started with a series of single female acts, to gradually increase the number of figures to seven, and thus the size of the picture increased. For all figures he used the same model, the only one he had in Shid. Paris had the most famous models of that time, such as Kiki, Queen Monparnas, and in Shid it took five years to find a model for the act. This cycle of the Swimmer has long been an idea conceived and defined from the very moment when the model was found, and it was realized extremely fast.” 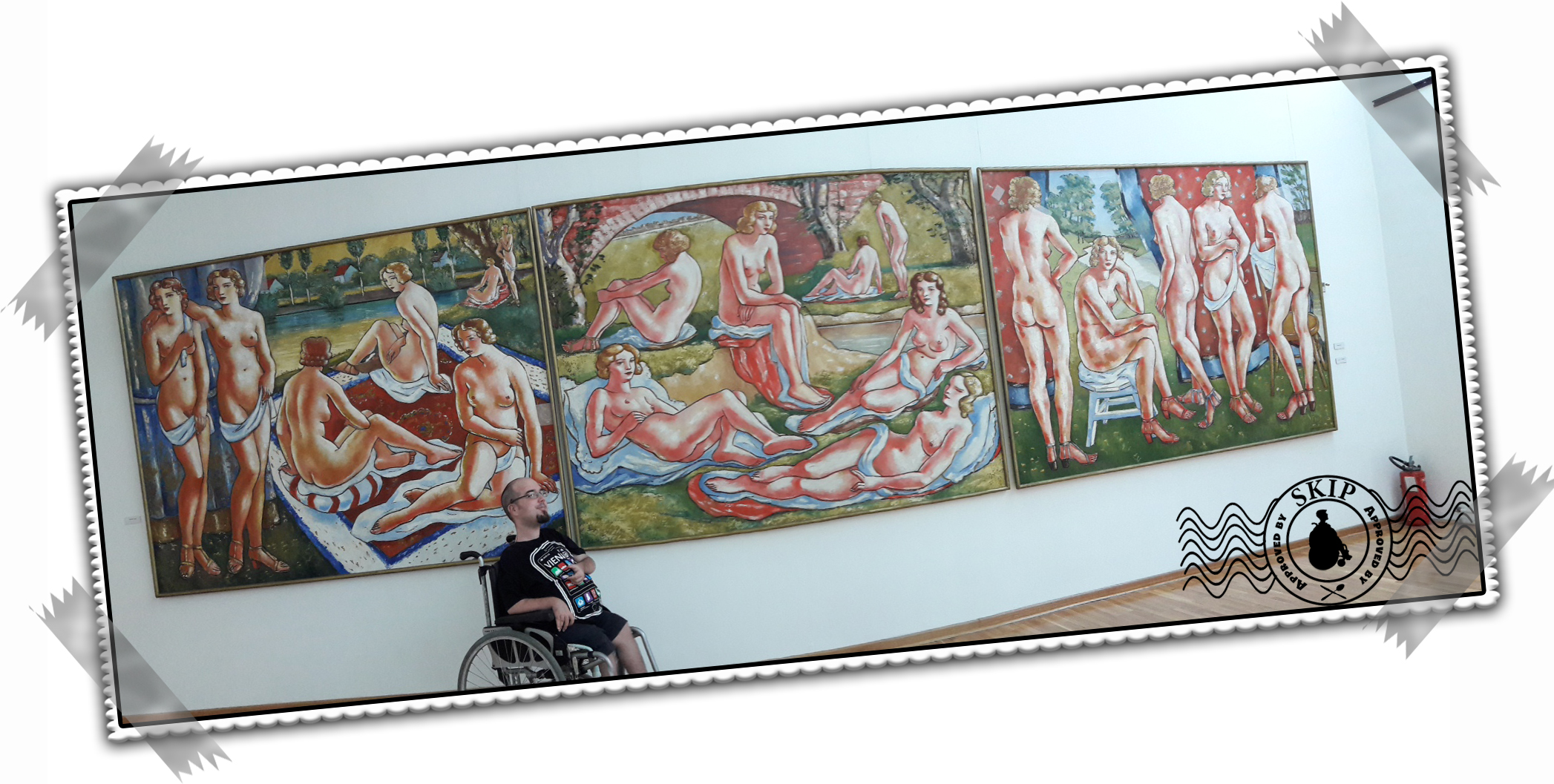 The image represents Sava’s style of painting, which he called “Whatever I know and can”. Figures that are in the foreground are in a imagined  landscaped that does not exist in the vicinity of Šid.

Sava also took care of the property. The financial situation was not the best, but it did not prevent Sava from mixing colors from cheaper raw materials or recycling old painting canvases.

But the pictures are bright and full of colors, and Sava is in his element, with his style called “raw” which is explained as “whatever my motive, mood and knowledge dictate”. 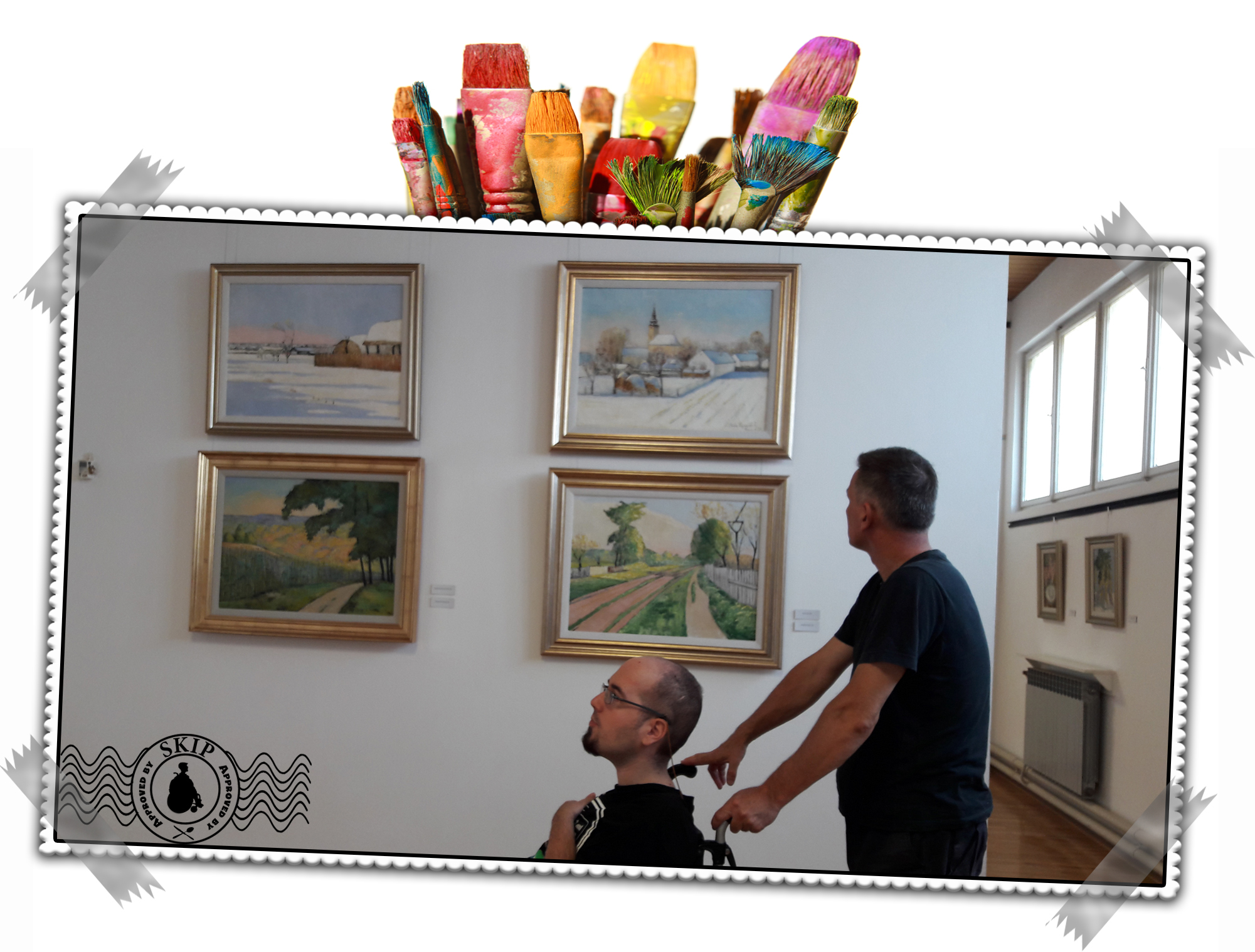 But the war came to Sid, which became part of the  Independent State of Croatia. The Cyrillic script was banned, so Sava in protest was signing pictures only  with the year when the picture was made. 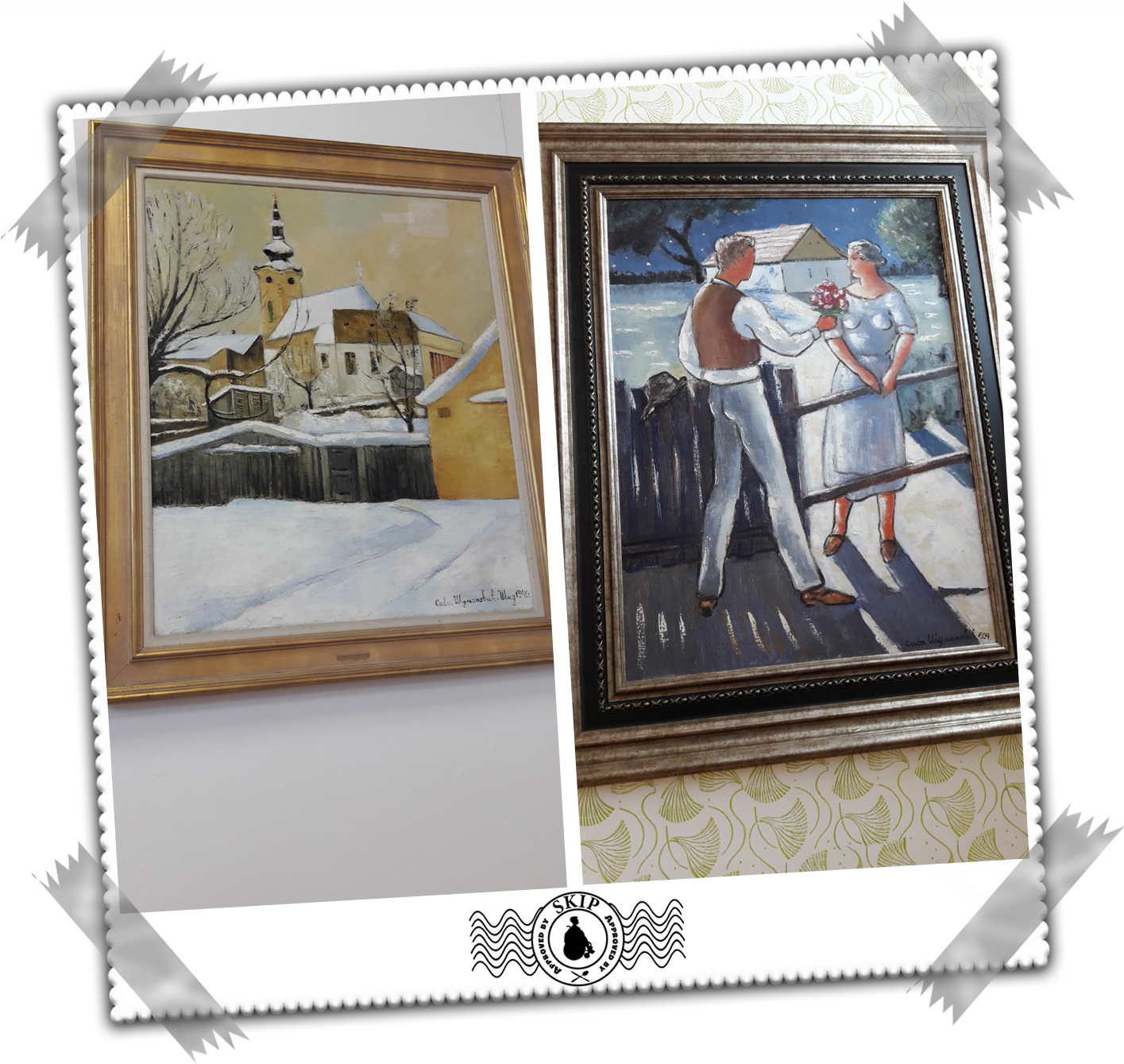 They recruited him in 1942. He dressed, said  goodbye to his desperate mother, and finished his last day in Sid. He was killed after being tortured and buried in a common grave in Sremska Mitrovica. 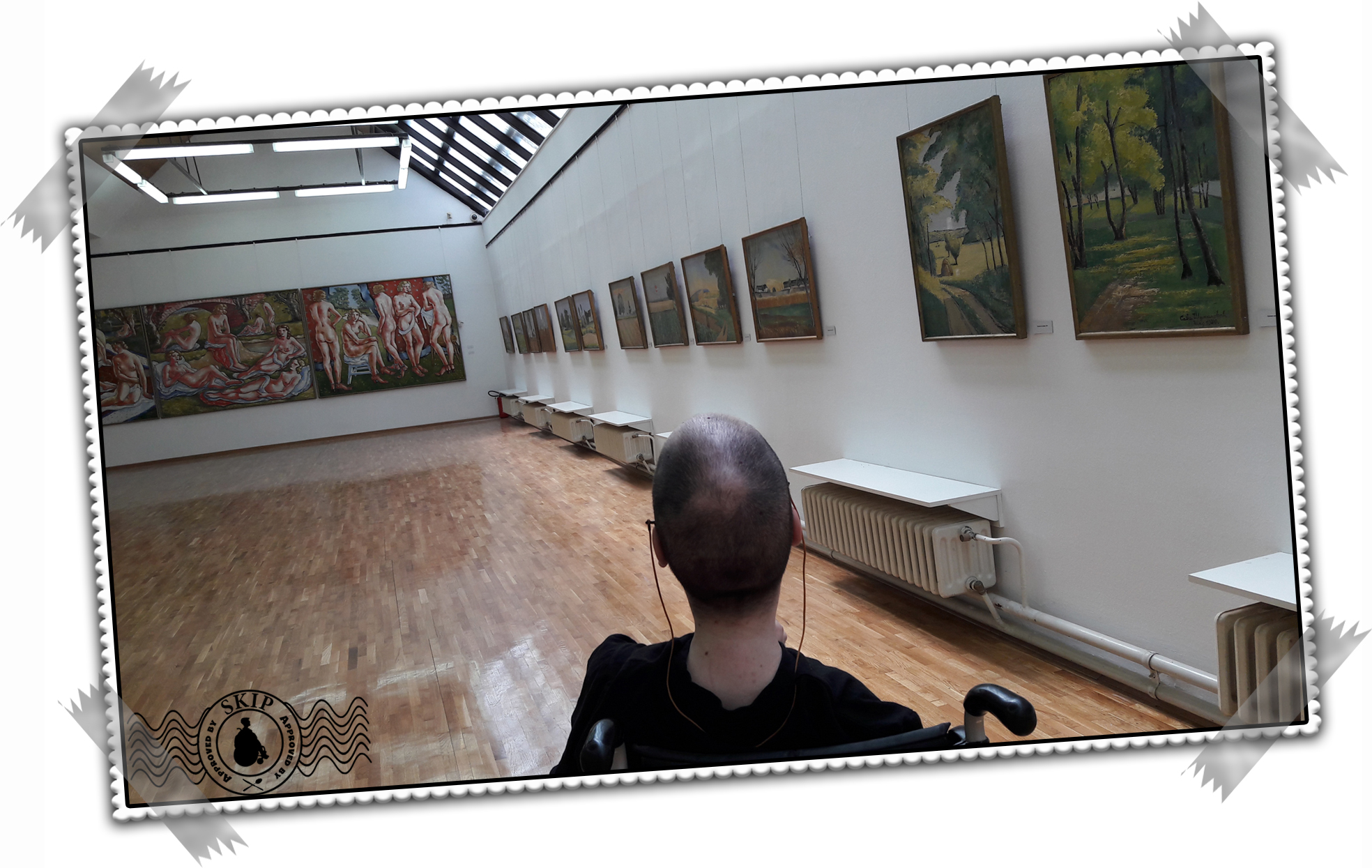 On the wall, the image of Beracica was drying up, which he finished two days earlier. 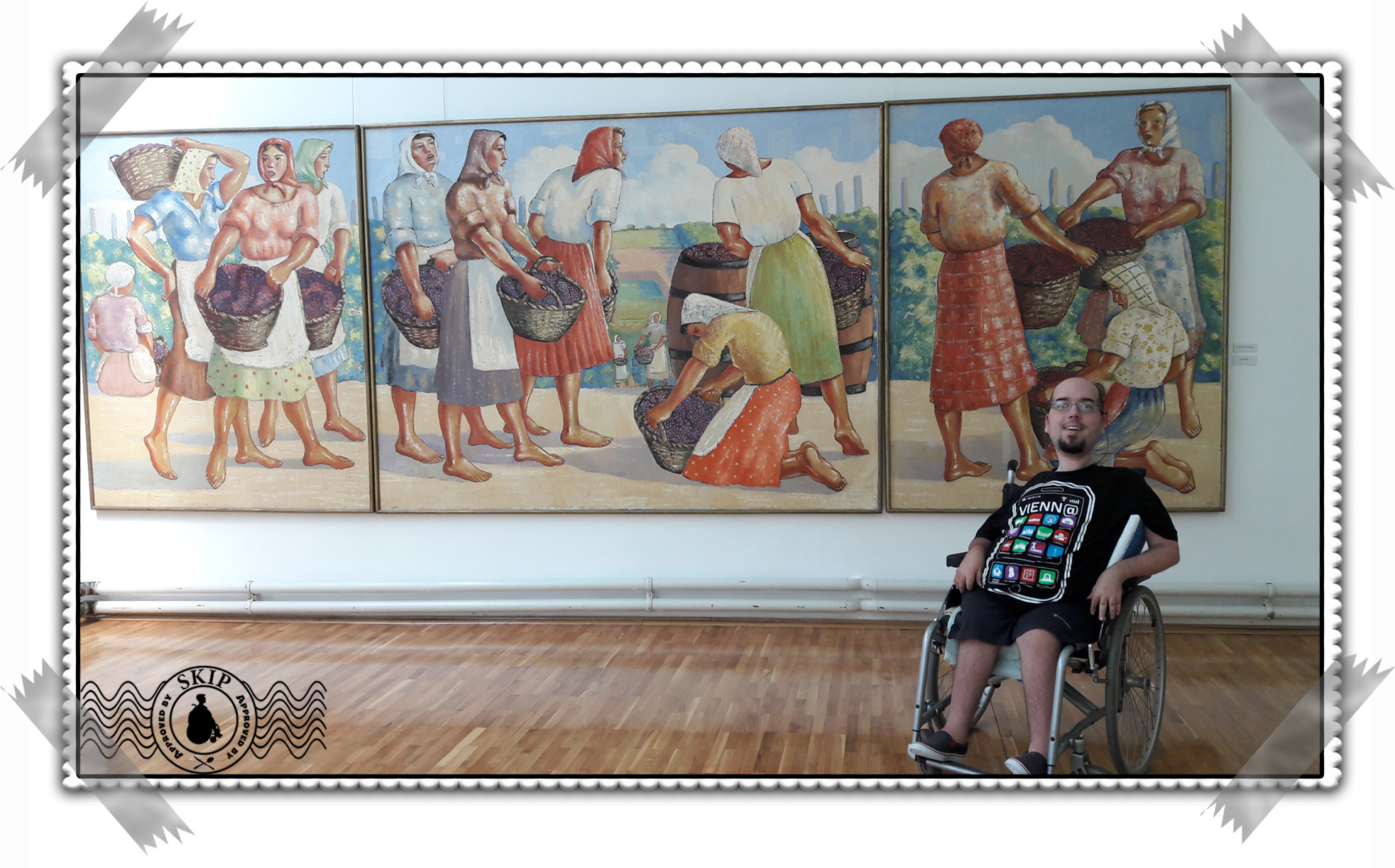 Beracice, three canvases that continue one another like a movie tape. This was the beginning of a new cycle that the artist did not have time to finish. It is considered that the basic symbols of Christianity are represented in the picture: black grapes and wheat grain, that represent wine and bread, the symbols of the body and the blood of Christ. There are also twelve women as twelve apostles. One of them is in an almost prayerful pose while others are looking at the grain field.

Where ever you find a good place set the stairs there …………. They made the ramp at the entrance senseless because these stairs lead to the main gallery .. 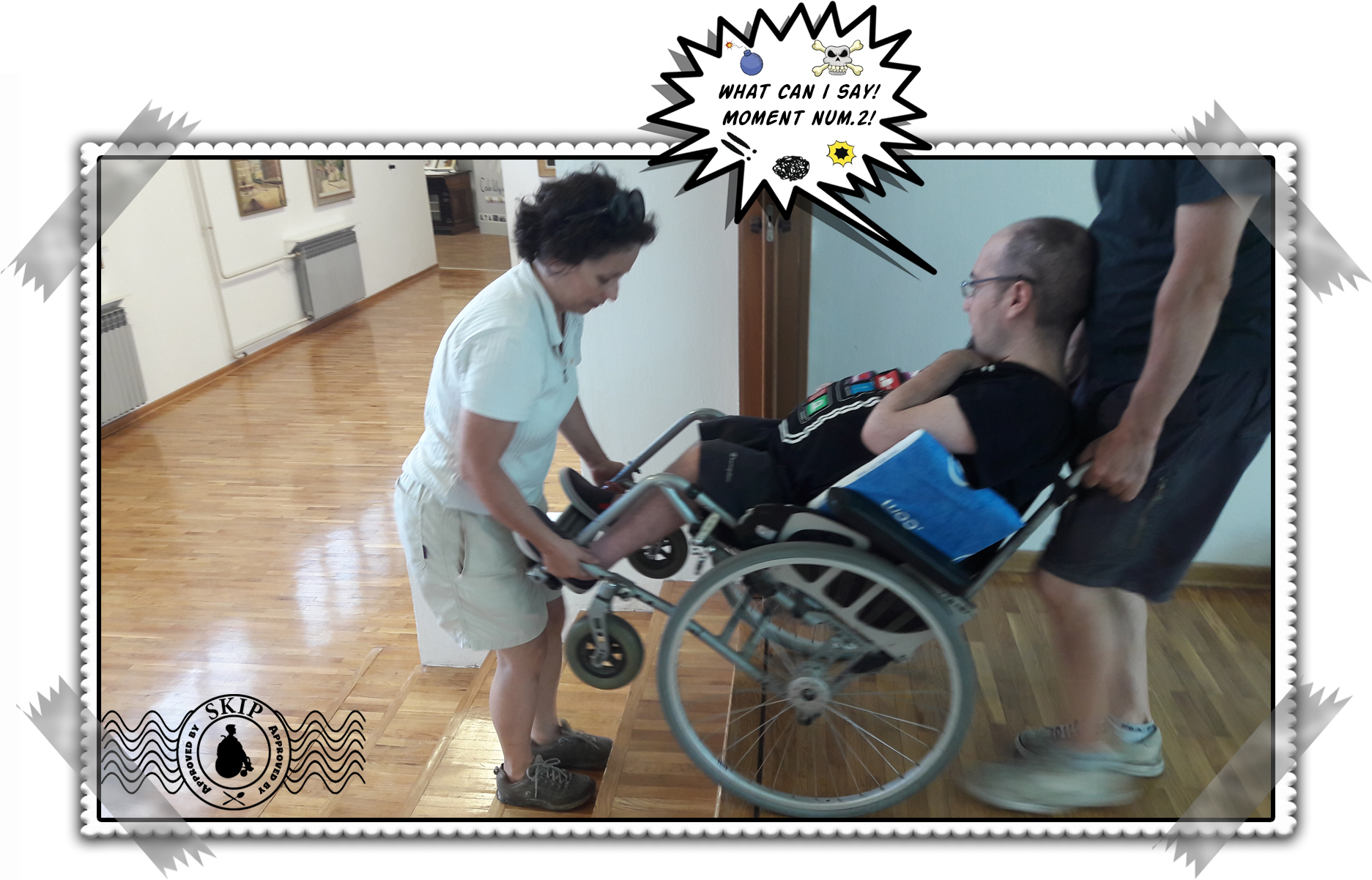 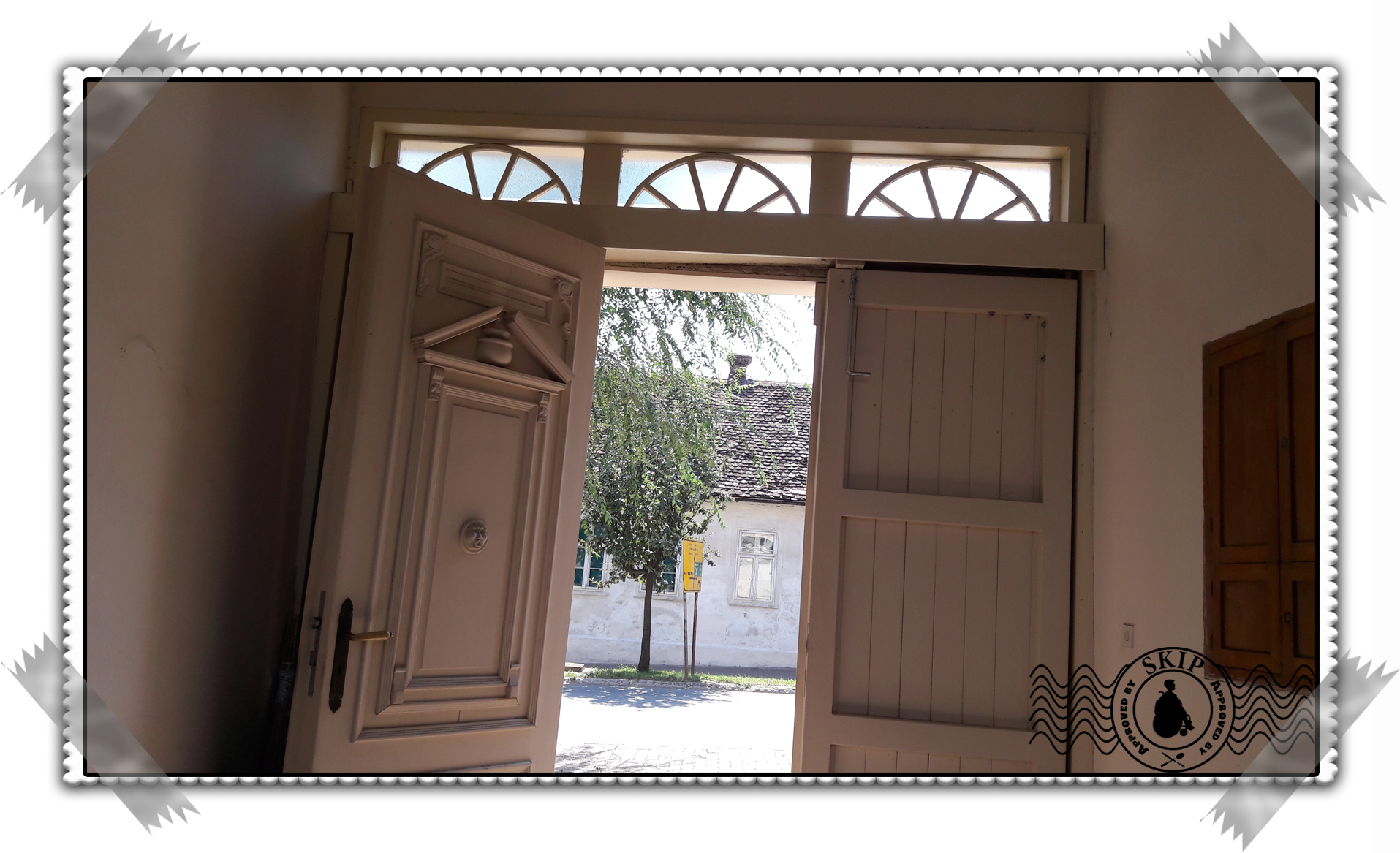 “The Art Gallery in Sid counts 417 works, out of which 350 paintings are made with oil on canvas and 67 sketches in various techniques (drawing, pastel, watercolor, diluted tempera). The largest number of paintings belongs to the last creative period), they were painted in Sid during the last decade of the painters life.”

The church of St. Nicholas was erected in the second half of the 18th century in baroque style. 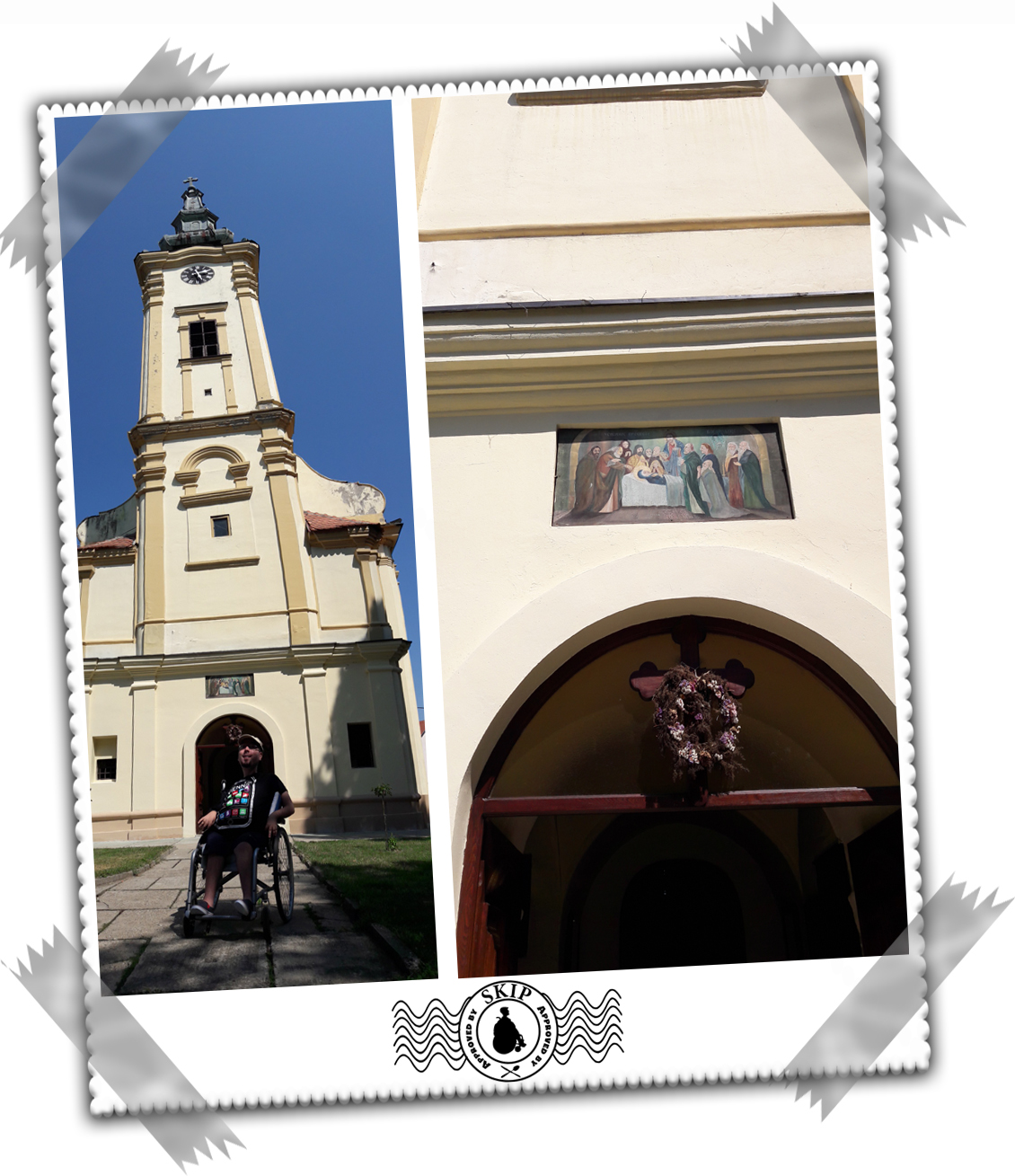 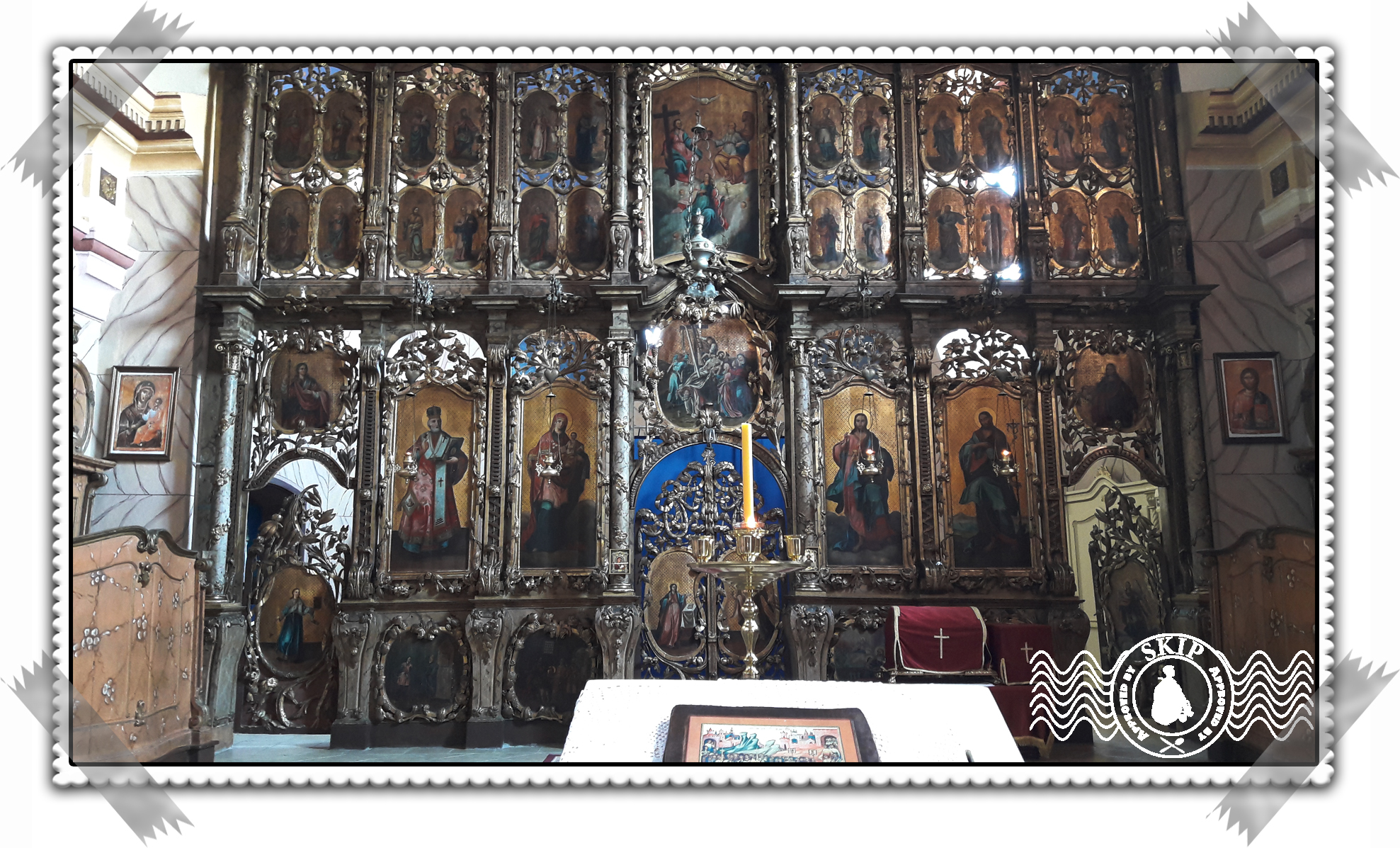 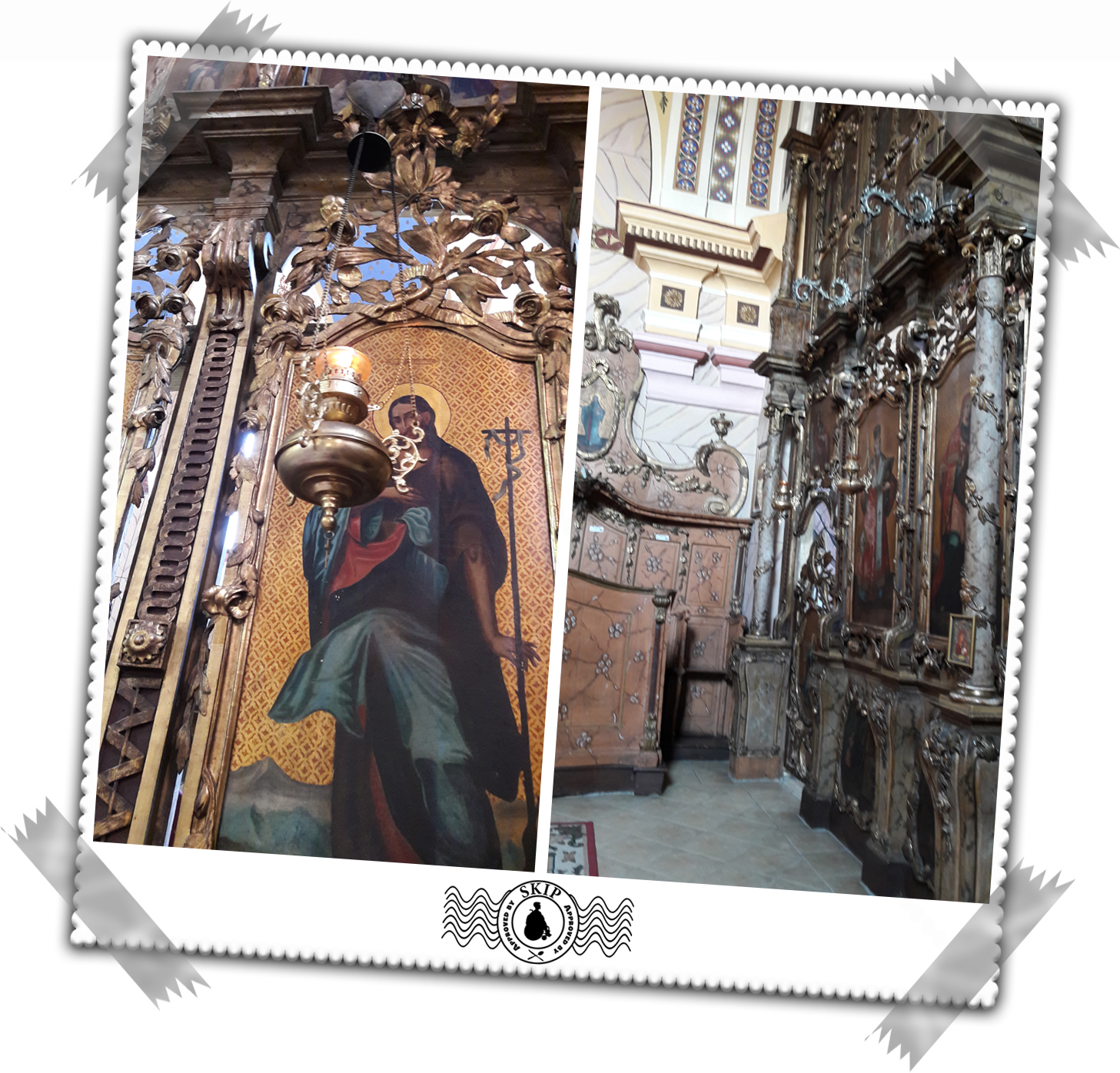 “September 10, 2006 The part of the Holy Grand Master, Lazarus, was brought to the monastery of Ravanica in Šid, where he will stay permanently. The Moors were brought to Šid with the bishop of Srem Basil and the Bishop of Osijek-Polish and Baranja Lukijan.” 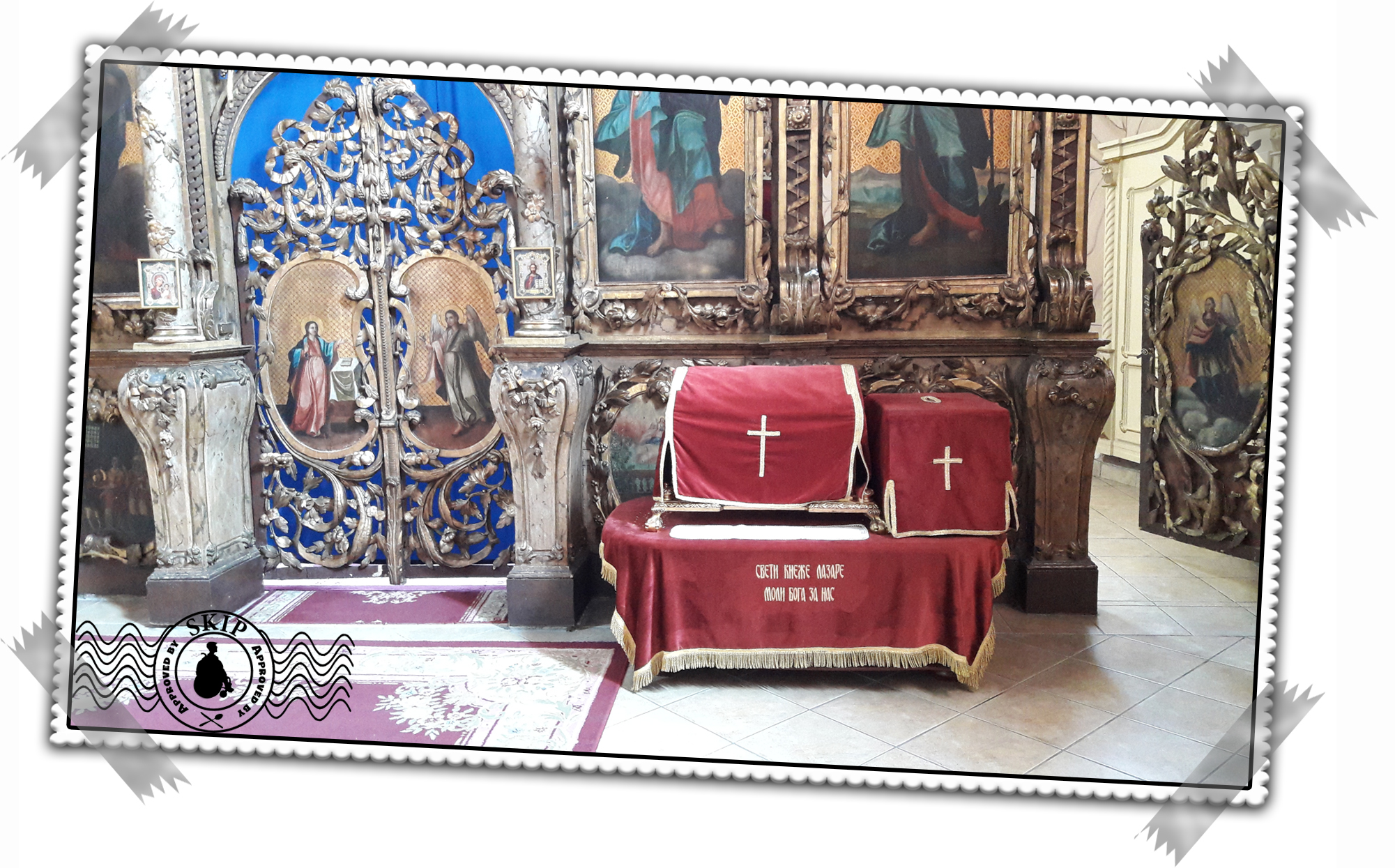 From the overwhelming amount of culture, a man has to take a break, a coffee shop has everything has everything that a person needs and coffee and cake are my choice. 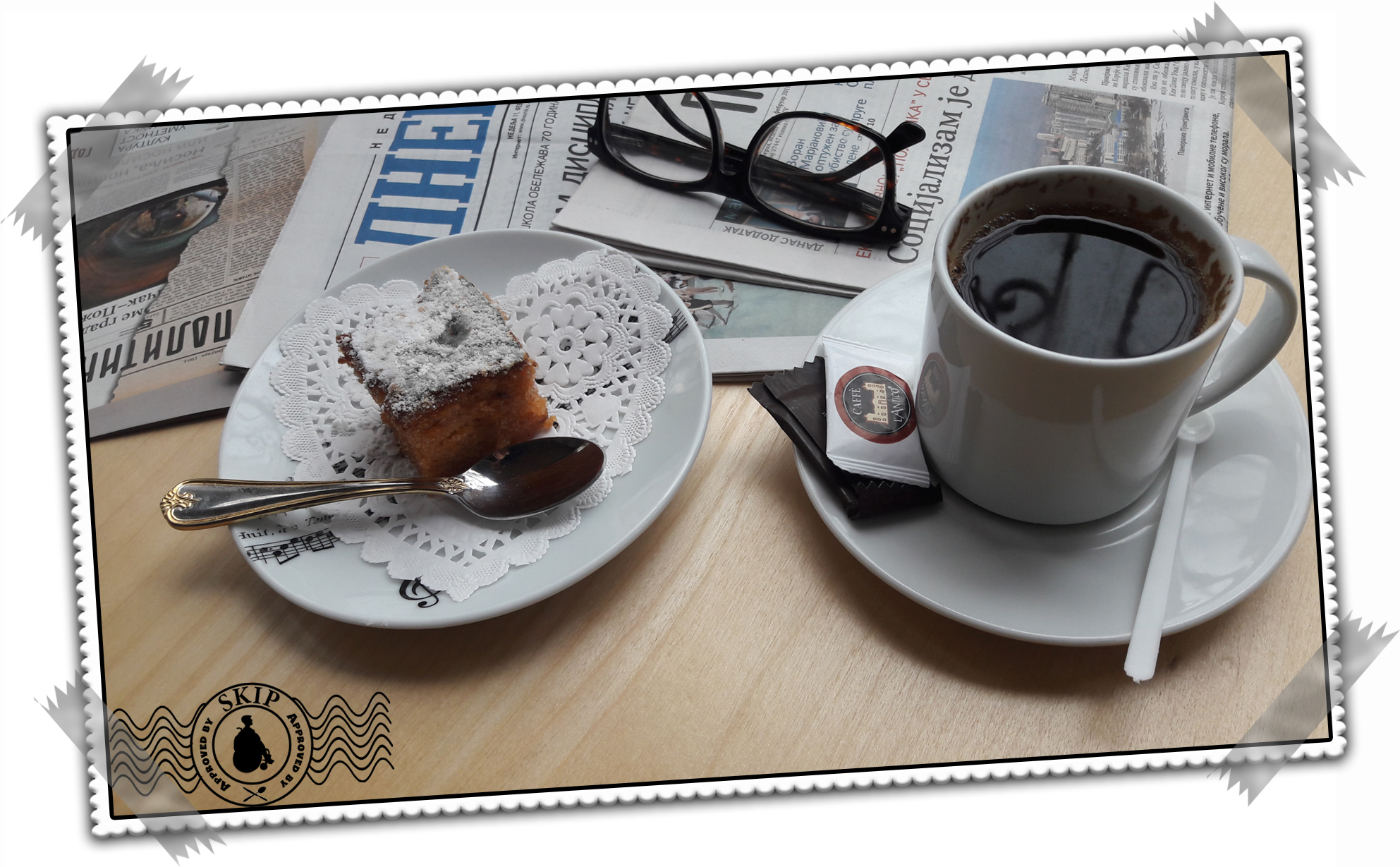 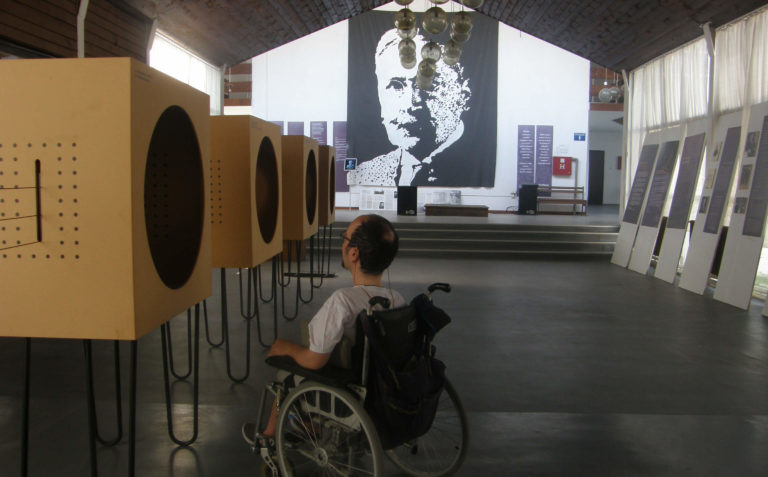 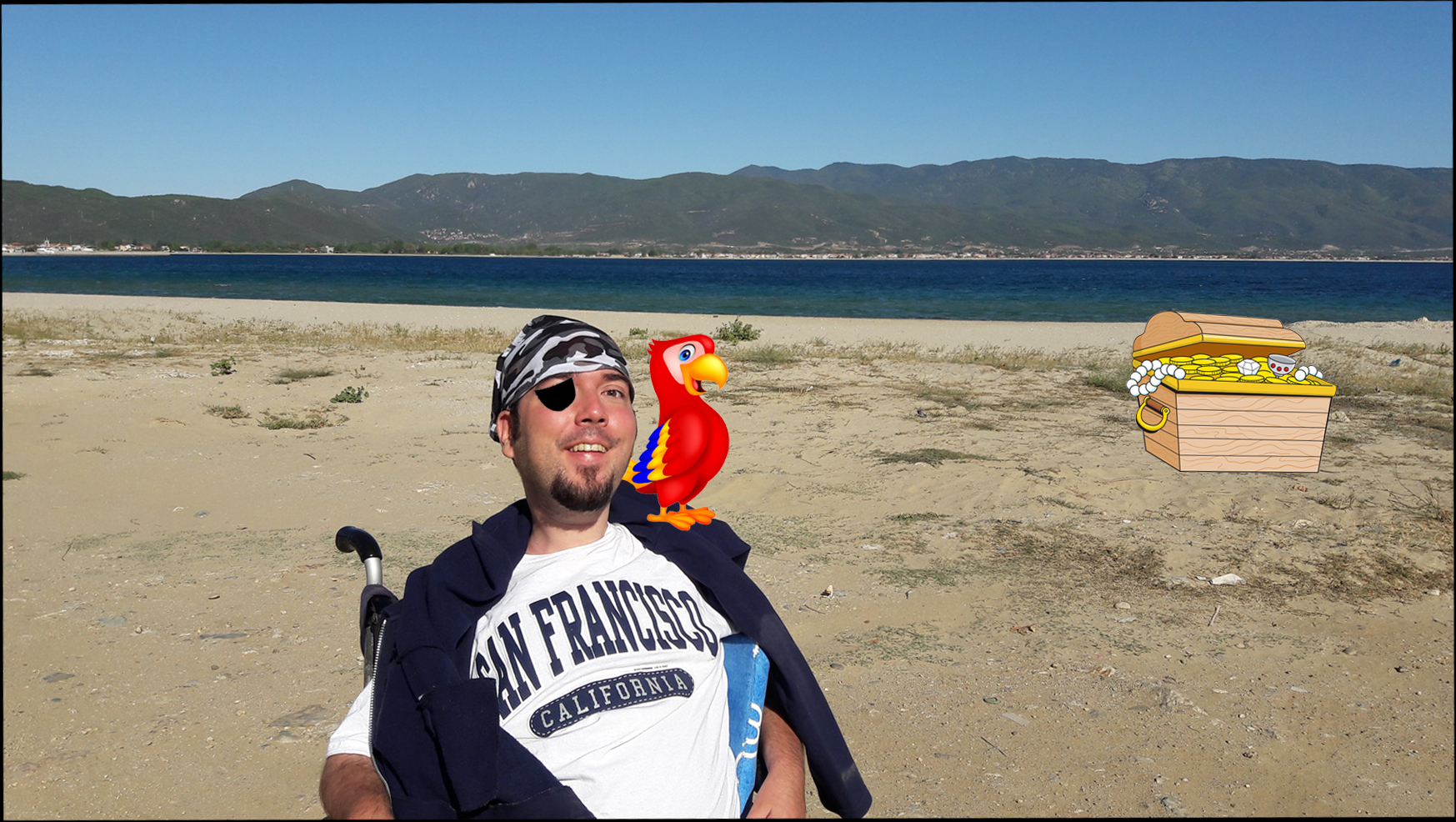 Once upon a time in Stavros 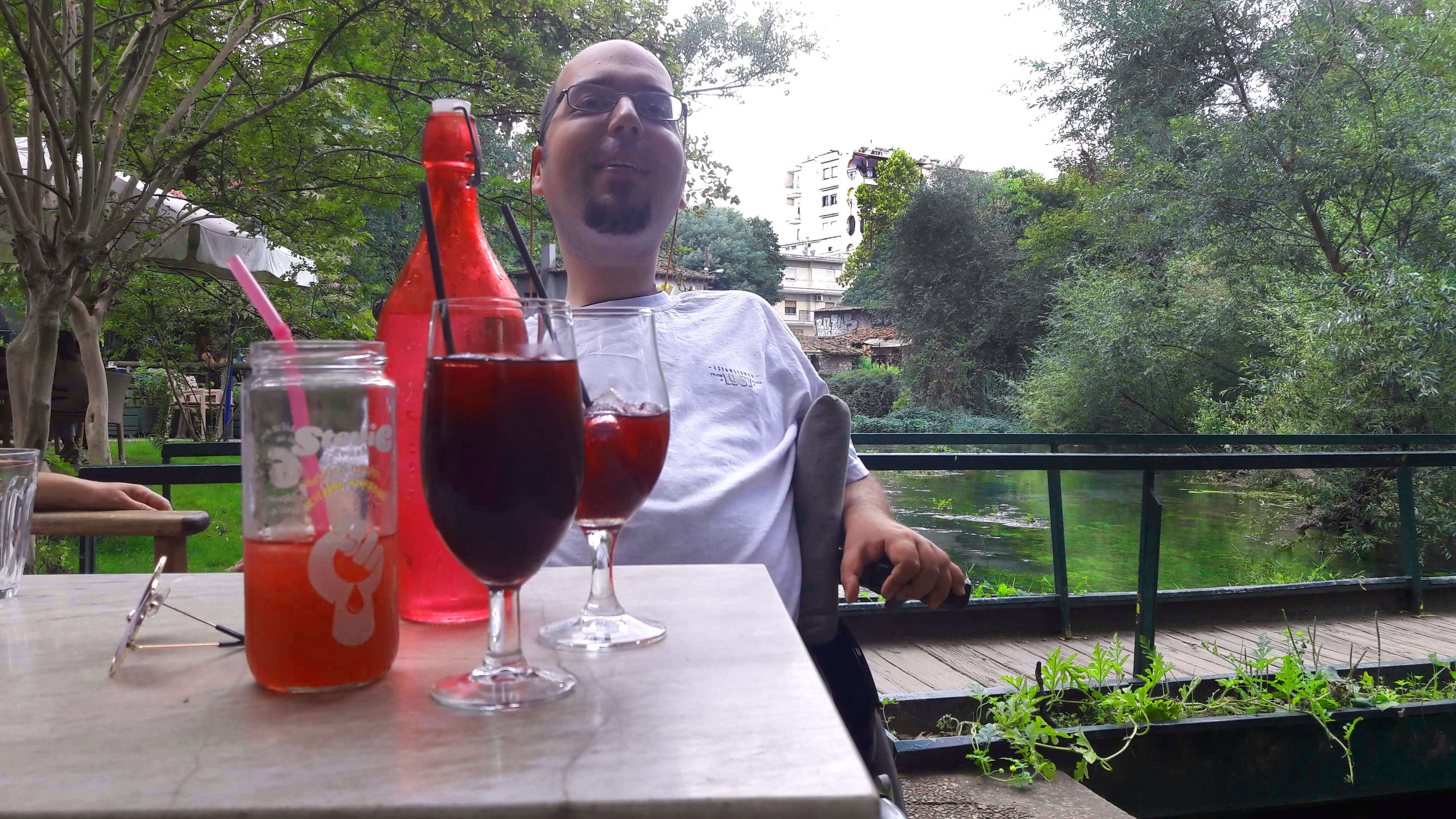